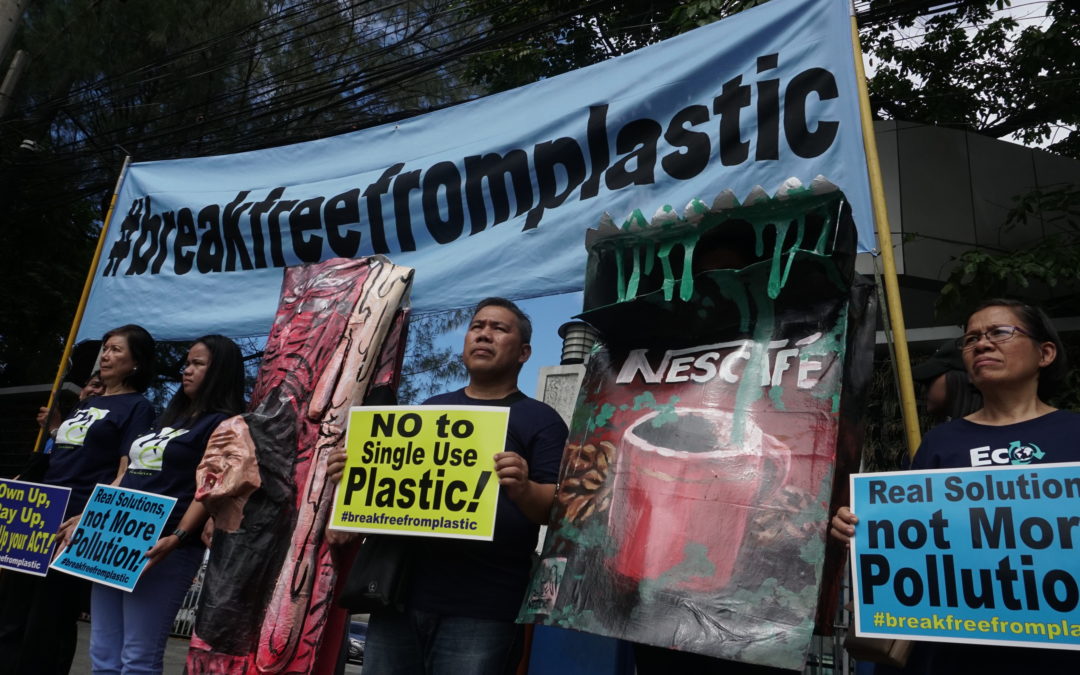 Top corporate plastic polluters told: “Own up, pay up, clean up your act!”

MANILA, Philippines (October 30, 2017) – Green groups belonging to the #breakfreefromplastic movement today went trick-or-treating at the headquarters of top corporations responsible for plastic pollution in Freedom Island on Manila Bay.  Instead of asking for treats, the groups, accompanied by “plastic sachet monsters,” delivered letters to the companies to demand accountability for the plastic pollution crisis. 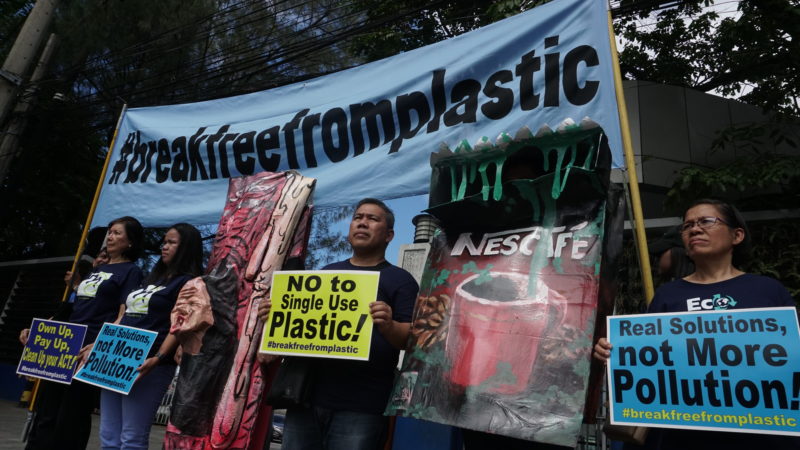 TRICK-OR-TREAT or NIGHTMARE OF PLASTIC POLLUTION. Halloween sachet monsters haunt the headquarters of top corporate plastic polluters to demand accountability for the proliferation of polluting sachets in beaches, oceans and waterways. Photo by Lian Hernandez

“These sachet monsters represent a nightmare for recycling and the environment. The corporations responsible for the proliferation of these single-use, zero-value, and non-recyclable plastics need to own up to the massive pollution associated with their brands and products. They must clean up their act and start investing in alternative packaging materials and delivery systems that are ecologically sustainable for the people and the planet,” said Von Hernandez, Global Coordinator of the #breakfreefromplastic movement.

The audit identified the top brands found to be polluting the island.  Multinational corporations like Nestle (1), Unilever (2), and Procter and Gamble (4) ranked high in the brand audit while Indonesian company PT Torabika (3) also figured prominently in the ranking. The group also sent letters to other companies who are in the top 10, namely: Universal Robina Corporation (5), Nutri Asia (6), Monde Nissin (7), Zesto (8), Colgate-Palmolive (9) and Liwayway (10).

“Instead of finding genuine and real solutions to the global plastic pollution crisis, these corporations have managed to pass the burden of cleaning after their problematic packaging onto governments and consumers. It is high time that these companies, who have profited at our expense, assume responsibility for creating this mess,” stressed Greenpeace campaigner Abigail Aguilar. 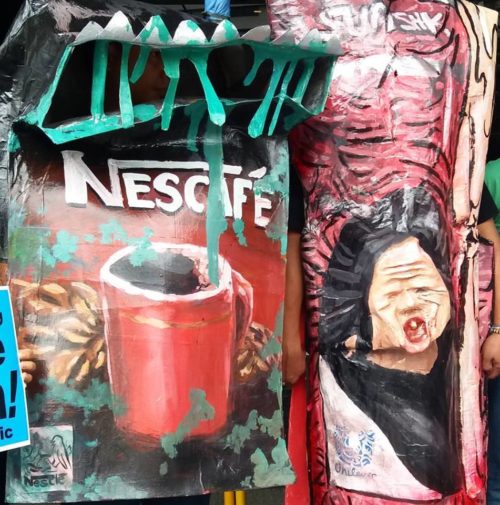 Plastic monsters visit the headquarters of top corporate plastic polluters for a ‘trick or treat.’ Photo by Sherma Benosa

The groups also asked the companies to respond to three critical issues: a) stopping the production, distribution and use of single-use and zero value plastic packaging for their products and investing in alternative reuse and delivery systems; b) saying no to incineration, burning in cement kilns or waste-to-energy processes to deal with the problem; and c) supporting Zero Waste programs and solutions.

For her part, Sonia Mendoza, Chair of Mother Earth Foundation Philippines, stated that the problem of waste can be eradicated by mainstreaming Zero Waste – an ecological resource management and reduction model that involves waste segregation at source, product redesign, and systematic waste collection and management.

In compliance with R.A. 9003 or the Ecological Solid Waste Management Act of 2000, Mother Earth Foundation Philippines (MEF) has been working with key cities and municipalities in the Philippines to implement Zero Waste programs. “In developing countries like the Philippines, our work with communities has demonstrated that Zero Waste is a practical and viable solution to our waste problem. It is an ecological and sustainable solution to the waste problem in areas where waste incinerators—or burning of waste—are being peddled as the solution,” Mendoza said.

For Ecowaste Coalition, a crucial factor in solving the plastic waste crisis is the enactment of a national policy that would eliminate the use of single-use plastics. “We must address the problem at source. Although ordinances banning the use of plastic bags are being implemented in certain cities and towns in the Philippines, we have yet to enact a nationwide ban on single-use plastics. Our government should muster the political will to ban single-use plastics and disposable once and for all,” said Aileen Lucero, National Coordinator of the Ecowaste Coalition.

Bills seeking to ban plastic bags nationwide are currently pending in both Houses of Congress.

Detailed results of the audit can be accessed at www.plasticpolluters.org