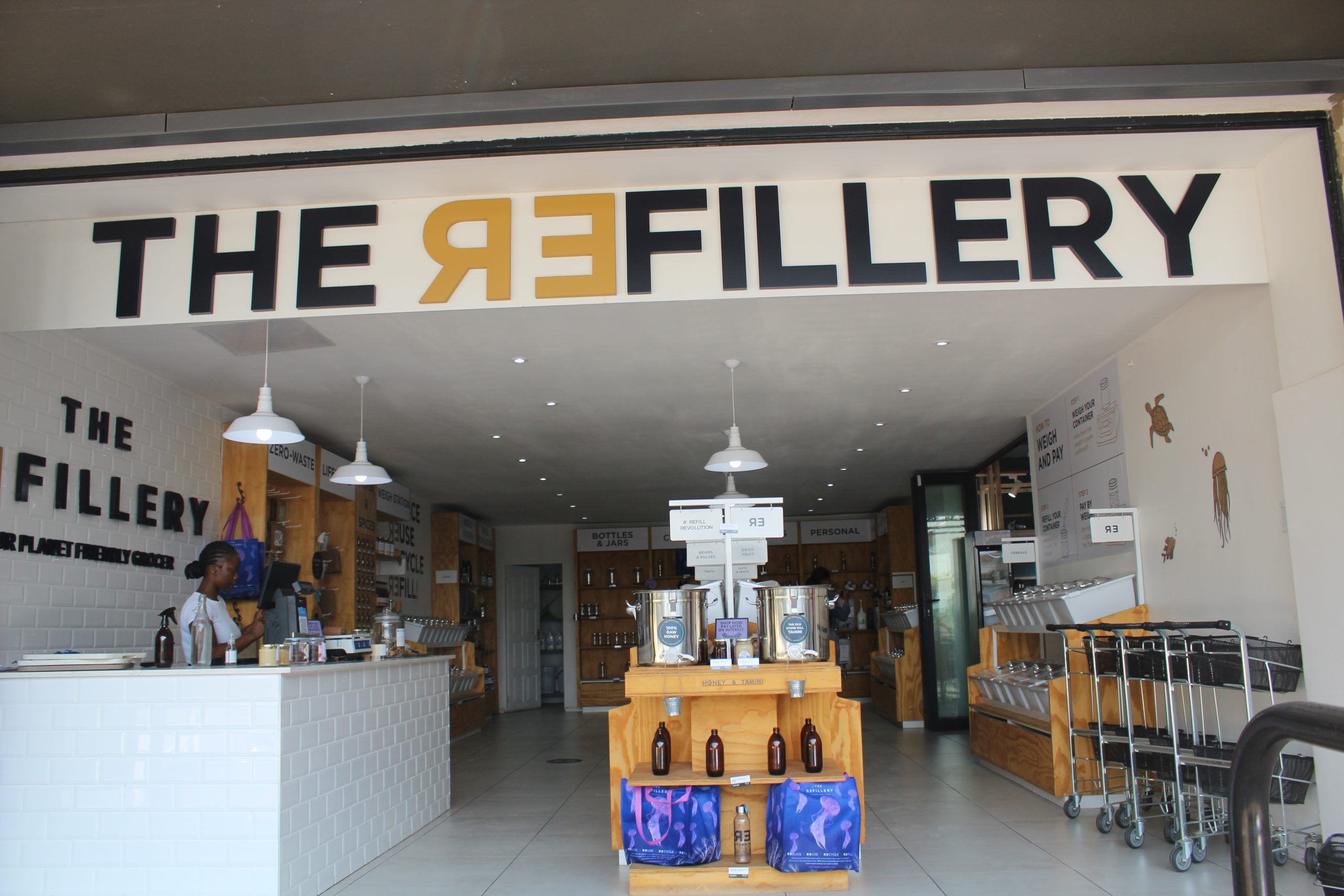 GAIA team in Africa spoke to Dom Moleta from The Refillery in Johannesburg, South Africa. Moleta is the co-founder of The Refillery, an eco-friendly grocery store.

What does zero waste mean to you?

I think there’s a few different ways of looking at it. Obviously, the ideal situation is that there is zero waste. There are a number of ways of that happening: be it biodegradable compostable products, or a fully circular product that initially comes in one form and then it can be reused, there is also products that can be used for entirely different purpose after its use. So I guess zero waste is something that at the moment, it’s not perfect and I don’t know whether it ever will be, but it’s something that we are always striving for and that it can take many different forms.

Can you tell us a little bit about your journey?

Our journey started a long time ago. It wasn’t directly linked to the stores, but we used to travel to these beautiful places and take guests to a beach where nobody lives or anything like that, and then you get there, and you go, “man, there’s rubbish everywhere”. We would go ashore first, clean up all the rubbish for half an hour, and then the guests would say, “look at this beautiful beach”. At the time, it sucked, but we thought that it was a big problem and what could we do about it? In 2018, my wife and I tried Plastic Free July for the first time when we were living in New Zealand. We had two small kids, and we thought, okay, cool, we’ll give this a go. So we said I could collect the coffee cups, water bottle, all the easy stuff, the lifestyle stuff, to kind of dip our toe in and see what it was like, what we could do, and could we maintain those things after just one month. We also saw Beau Johnson speak, which was very inspiring. I mean, she’s very normal. She’s also got kids and all that stuff. And all the points were very valid. Not for everyone, for sure, but they were very achievable. It was really hard to get to source supplies in the first place. It was tough. Nobody was interested at all because we were new to the scene. Now, as time has passed, we don’t have to look for suppliers; they approach us. So it’s definitely much nicer now.

How do you think that these stores are changing the perception of people who know little about zero waste?

We try for our stores to be as inviting as possible for everyone. We don’t want to pigeonhole it into a tree-hugger store. It’s a very normal way of living. We’re very normal people. People are already nervous when they come in, and they say it’s a bit overwhelming. I think that the stores’ appearance played a massive role in trying to take the edge off for people. But our approach has always tried to make it a mainstream alternative for everyone. We don’t need a handful of people doing it perfectly but a million people doing it imperfectly. The more people are doing it imperfectly, then that’s when you start creating greater change. Manufacturers are forced to make changes because more and more people are looking at shopping in a different manner. It is still a very niche market, but awareness is always growing.

How is your business model different from conventional mainstream supermarkets?

Interaction with people is a massive part of it. You can go to any store anywhere and someone can scan something and tell you what you owe them, and it’s the end of the transaction and engagement. So definitely, the interactions are a massive part of this for us; we have a great team that we’re always looking to help upskill and train. We get our suppliers on board as well for product information. All our team members must try what’s in store because anyone can tell you something is great. But if they’ve tried it, they’ve used it, and they know that it is a great product and can help inform consumers.
Our stores also allow you to shop for what you need. If you are trying a recipe or need a smaller quantity of something, you can just buy those in a packaging-free way so you don’t end up having money sitting in your pantry and inevitably resulting in food waste.

As consumers, we often buy a product for itself and not the packaging that comes with it. What are your perceptions of brands who are intentionally designing products for single use?

At the moment, brands operate in a place where there’s no incentive for them to change. It’s in a traditional marketplace where these big brands have always dominated, and why should they change? People are still buying it. Consumers are still looking for those products, seeking them out and purchasing them. The Refillery is one of the bigger zero waste stores in South Africa but our footprint by comparison to a traditional retailer is zero. We look to work with the right brands, where we want to change how we do business, and how they can see value in working with us. If we’re waiting for big brands to change, there’s no incentive whatsoever.

One, I would say the first thing is to shop online at the refillery and we’ll deliver it to you. Doesn’t matter where you are. We send it all over the country. Second, one would be, choose where you are shopping and why. If you’ve got access to the major retailers, wherever you live, then there’s a very good chance you also have a fruit and veg store somewhere and a butchery somewhere. So generally speaking, not much is prepackaged in fruit and veg stores or butcheries. Most people have packets and bags at home, just carry those with you and prevent taking newer ones.

Learn more about The Refillery here.