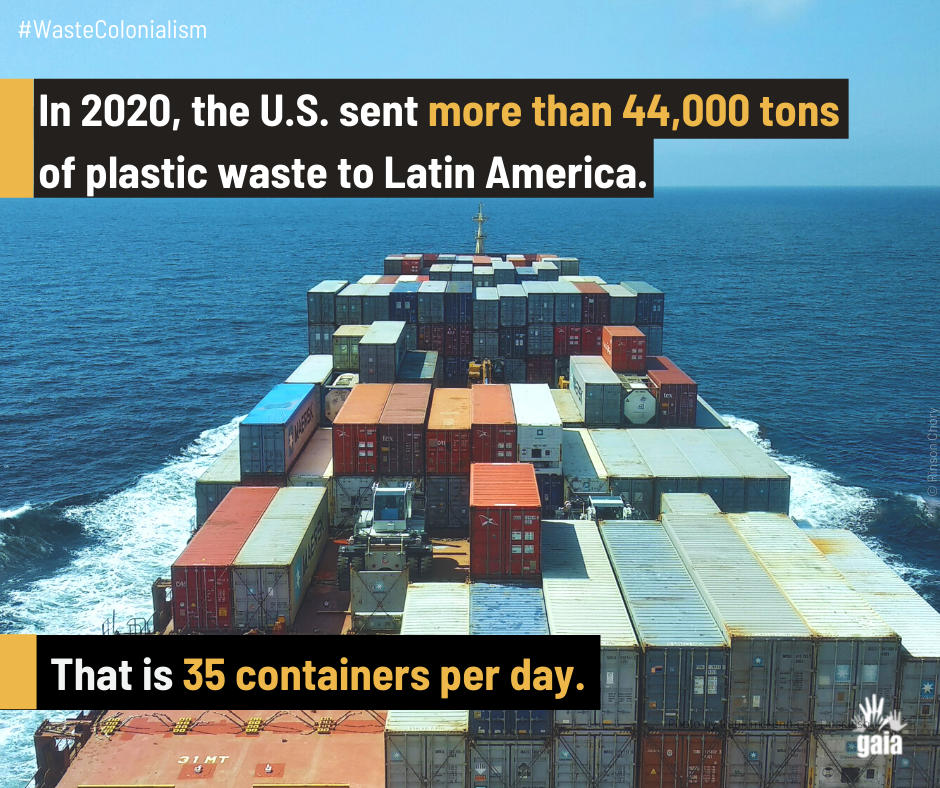 Plastic waste has arrived in Latin America: trends and challenges in the region

Between January and August 2020, the United States shipped 44,173 tons of plastic waste, the same tonnage as almost 300 blue whales, to 15 Latin American countries, approximately 35 containers per day. An investigative report by GAIA LAC (Latin America and the Caribbean) members reveals the untold story of how the United States is exporting its plastic problems to Latin America–disregarding international and national laws–and the harm that it’s causing to the Latin American people and environment. The Executive Summary of the report, including its key findings, has been translated into English.