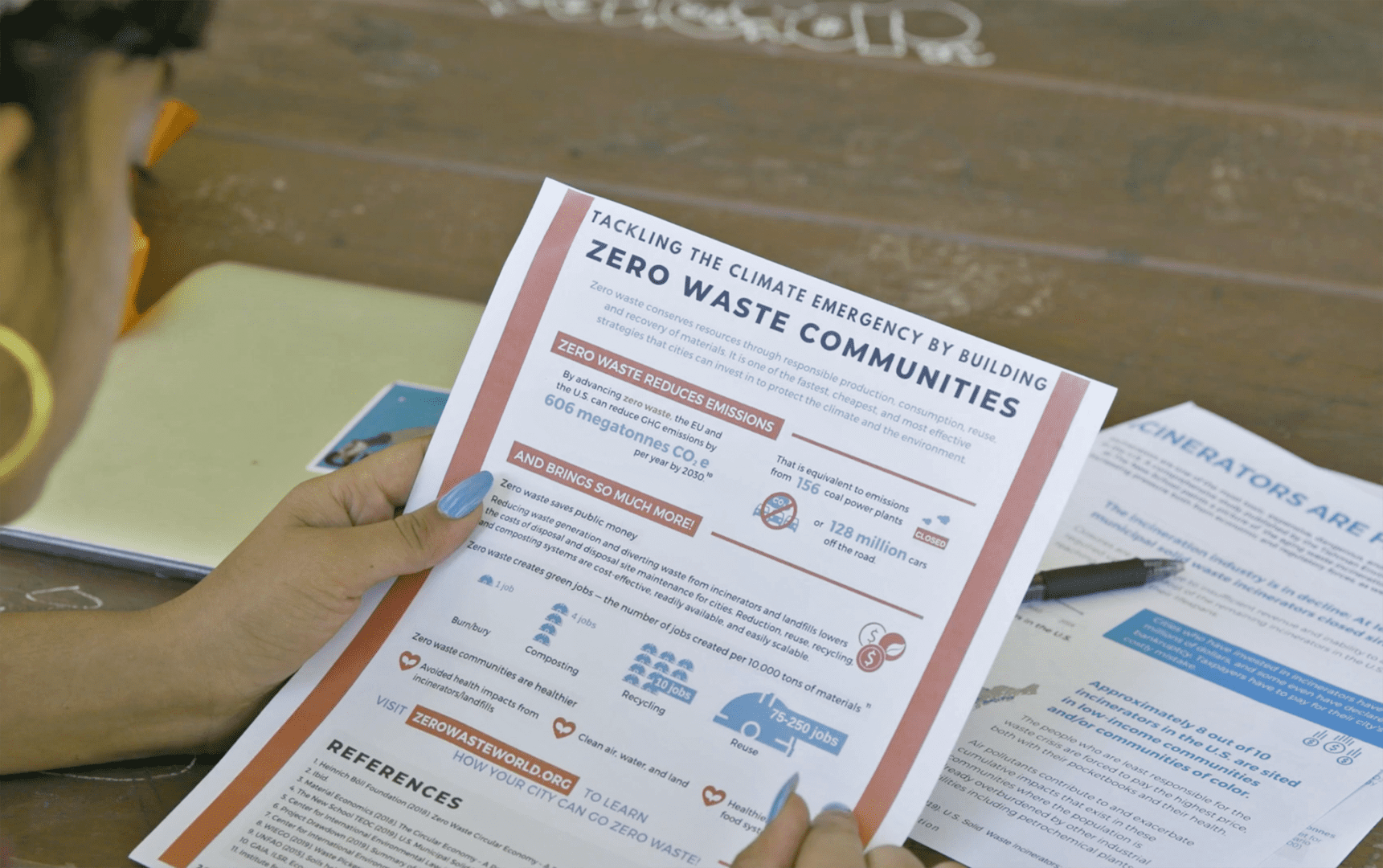 GAIA’s work in the U.S. and Canada began in the early 2000s, when a wave of incinerator proposals were introduced across the region. Our success in defeating these proposals drove our fight to shut down existing incinerators, particularly those impacting overburdened communities made vulnerable to environmental hazards and lacking opportunity for public participation. Today, GAIA members in the U.S. and Canada continue to work at the intersection of social and environmental issues.

By grounding our work in impacted communities and supporting organizations (such as the Boston Recycling Coalition, the Midwest Environmental Justice Network, and others) that are fighting incinerators, advocating for zero waste, and pushing for environmental and climate justice, our work uplifts communities historically subjected to systemic racism and powers community-driven transformation and self-determination.

Founded in 1969, Ironbound Community Corporation (ICC) is based in and named after the Ironbound community of Newark, New…

East Yard Communities for Environmental Justice (EYCEJ) is a community-based environmental health and justice organization working toward a safe,…

In 2020, GAIA released an alert identifying an alarming trend: legislators were introducing bills to promote the expansion of so-called “chemical recycling” (also known as “advanced recycling”, “waste-to-fuel”, “waste-to-plastic,” “plastic transformation,” and “plastics renewal”), eight of which had been signed into law. This unproven waste management strategy is endorsed by the plastic industry via its lobbying arm, the American Chemistry Council. This alert is an update on that trend, which the petrochemical industry has accelerated. Since our first alert, eleven more states have passed such laws, bringing the total to 20 since 2017. These laws relax pollution regulations and/or provide subsidies for these facilities, with some explicitly defining them as recycling facilities, despite numerous reports from media, watchdog, and nonprofit groups concluding that they are little more than plastic burning. In addition to these threats, this alert contains suggested intervention points for advocates and highlights legislative approaches that counter the expansion of these technologies.

GAIA US Canada’s Community Tools for Anti-Incineration Organizing resource designed to support community organizers and advocates in both new and existing incineration campaigns. The toolkit is informed by the experiences of GAIA members around the world who have mobilized their own communities and allies to fight for a world without waste-burning.

United States & Canada – Zero waste – 2021
For decades, U.S. cities have collected mixed plastic in recycling programs in an unsuccessful attempt to solve the plastic waste crisis. Analyzing the municipal solid waste (MSW) streams of five U.S. cities, this new report sheds light on the different ways legitimate recycling efforts are undermined, and how the simplest and most ethical solution to our plastic problem is to remove all non-recyclable plastic from the system. 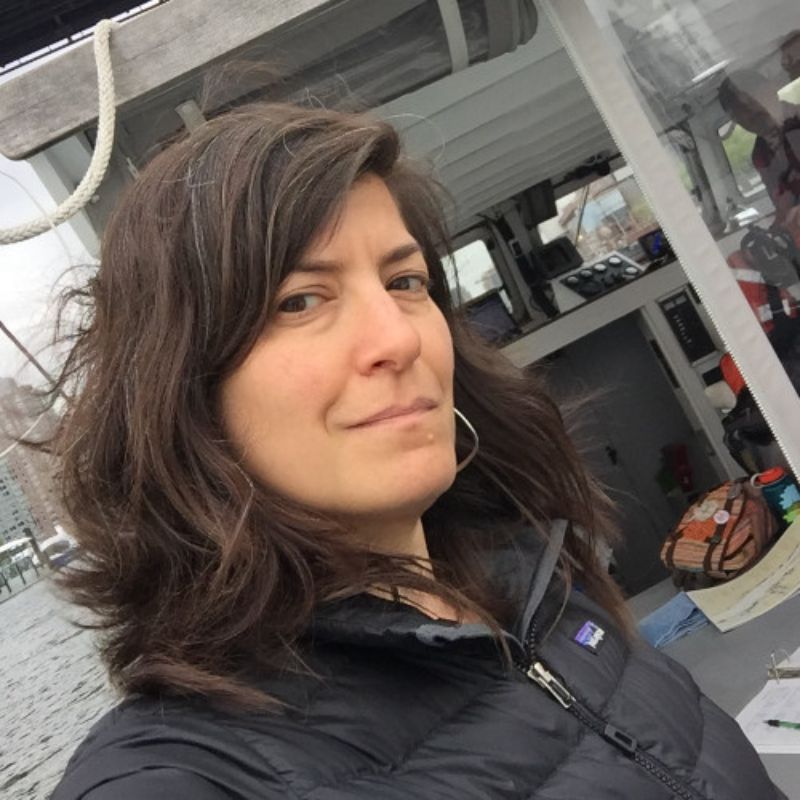 Jessica has been fighting for more than twelve years against climate change and for a sustainable, just energy system working to stop fossil fuel extraction and infrastructure buildout and supporting front-line struggles. Prior to her work in the climate movement, Jessica practiced law for a decade focusing on civil rights and Federal Indian law. She is based in so-called Brooklyn (occupied Lanape/Munsee/Canarsie lands) where she was born and raised. 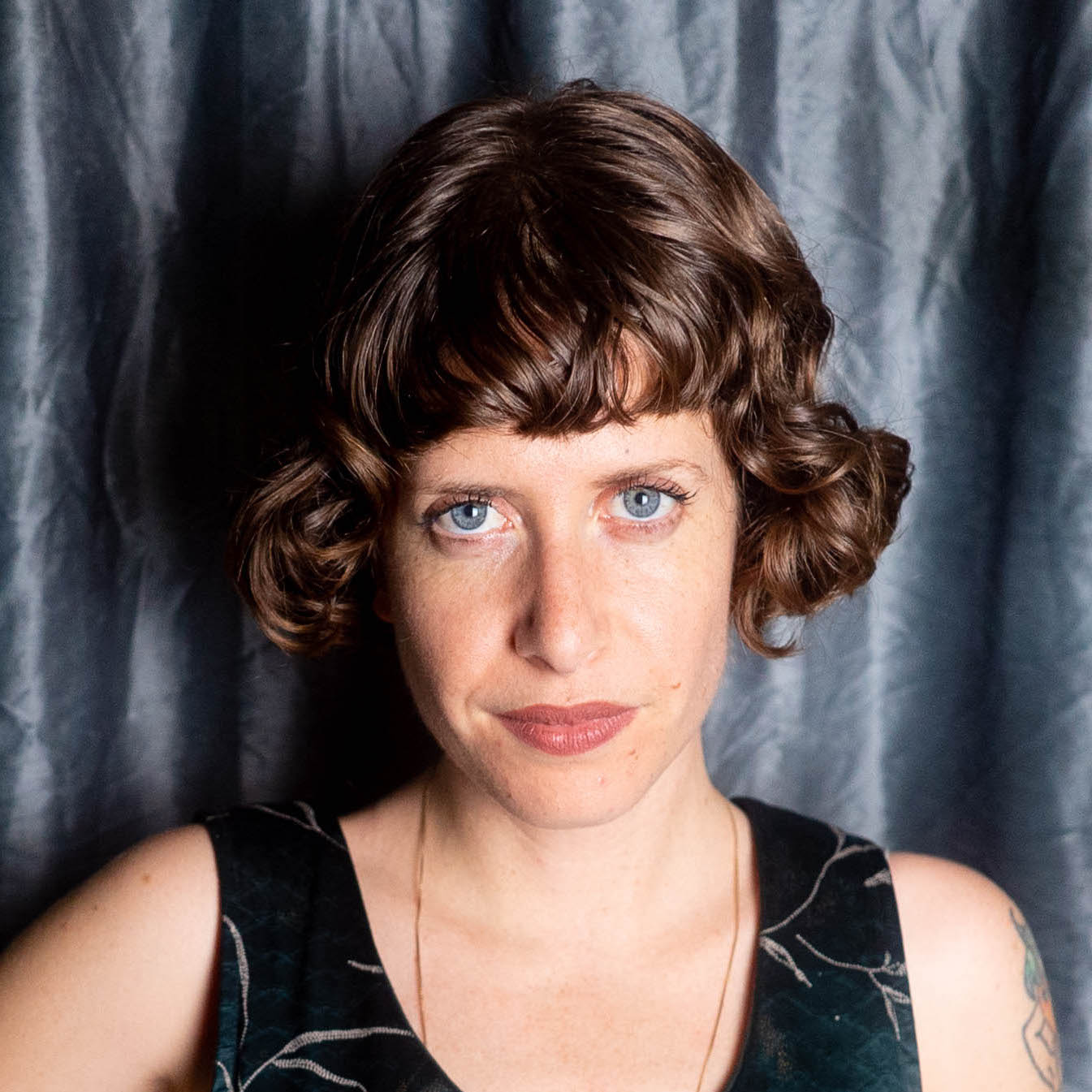 Zoë worked for seven years as a journalist and editor before joining GAIA and has a background in audio engineering. She grew up in northern California and now lives in Brooklyn. 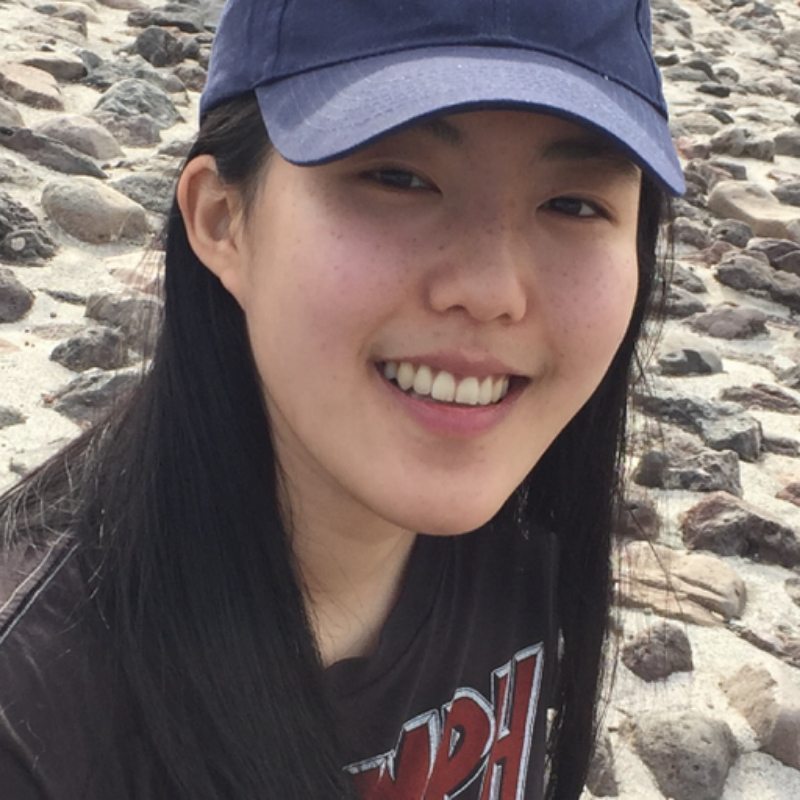 Jenny has experience as a climate action educator and researcher and has organized with her friends to demand fossil fuel divestment, environmental justice, and just and lasting peace. She is on the secretariat of the New Jersey chapter of the International Coalition for Human Rights in the Philippines. 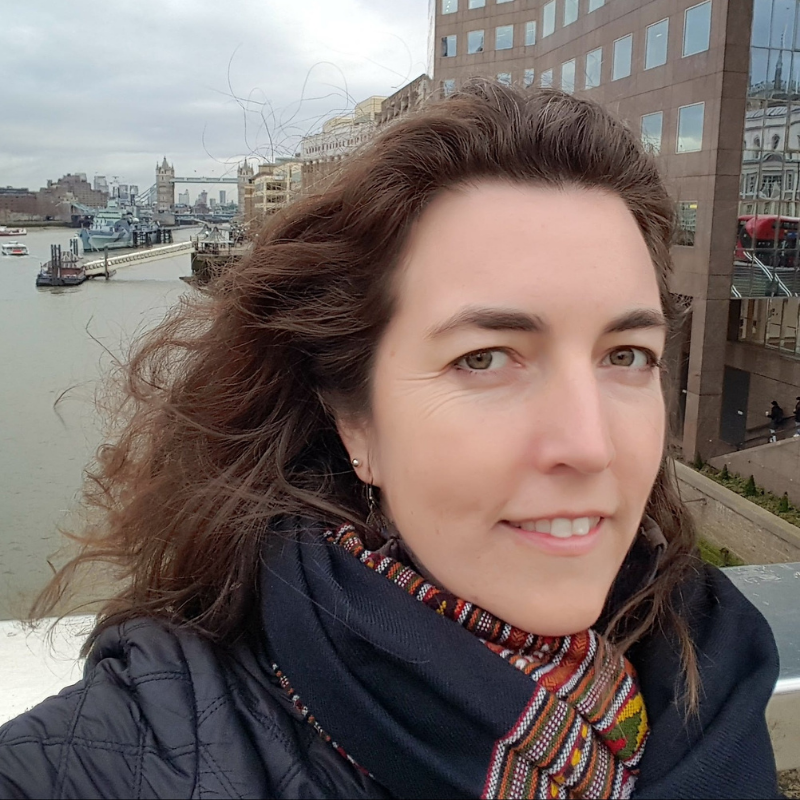 Monica has worked with GAIA since 2002 and served five years as GAIA’s International Co-Coordinator. Monica serves on the board of the Grassroots Recycling Network, was previously on the board of the Northern California Recycling Association, and is a master composter. In 2012 she was honored to be named by the California Resource Recovery Association as “Recycler of the Year” together with GAIA’s US & Canada Program, for achievement in the field. Monica is based in GAIA’s Berkeley, U.S. office. 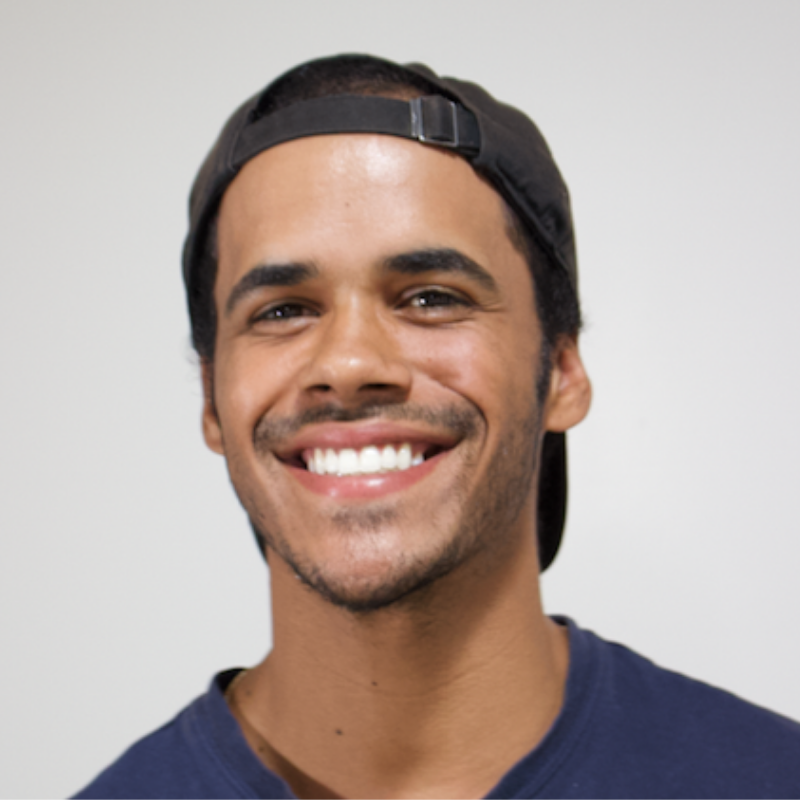 Nautica’s experience and passion with youth development cultivated a strong sense of humanitarianism, which laid the path to non-profit work that spearheads global change for the betterment of human life. Active outdoors and well-traveled, Nautica has been a catalyst for love & peace since moving away from his parents’ San Diego home at 17. His ultimate dream is to build an education system that juxtaposes the current education programs available to the youth – developing the leaders of our future. 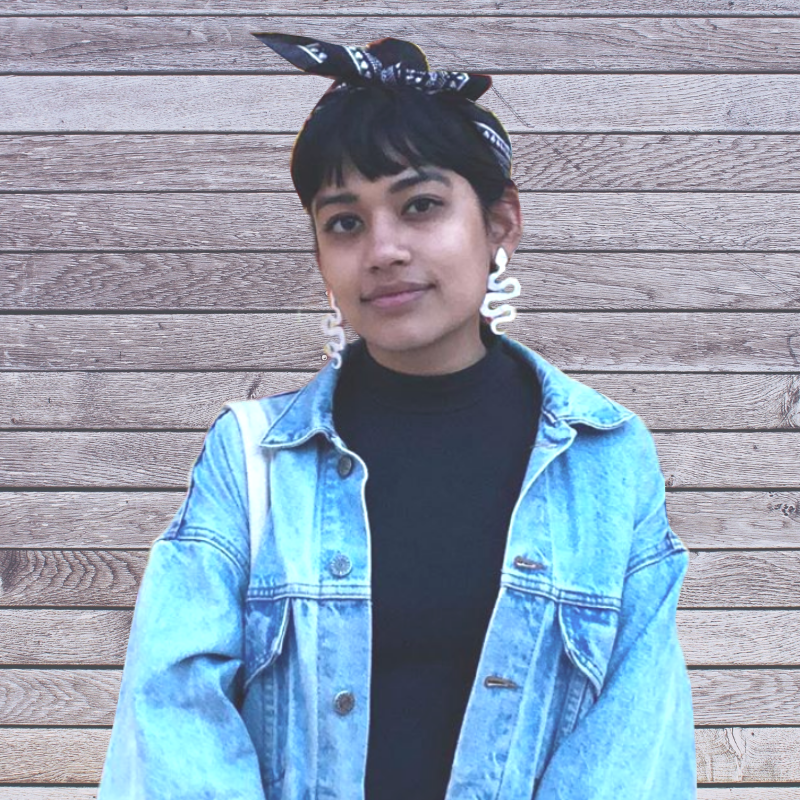 Originally from India, Aditi grew up in China and is now based in New York City. Her academic background centers on environmental justice, and she is pursuing a Master of Urban Planning at New York University. Aditi was a community organizer prior to joining GAIA and is fiercely dedicated to building a world that values people and the planet before profit. 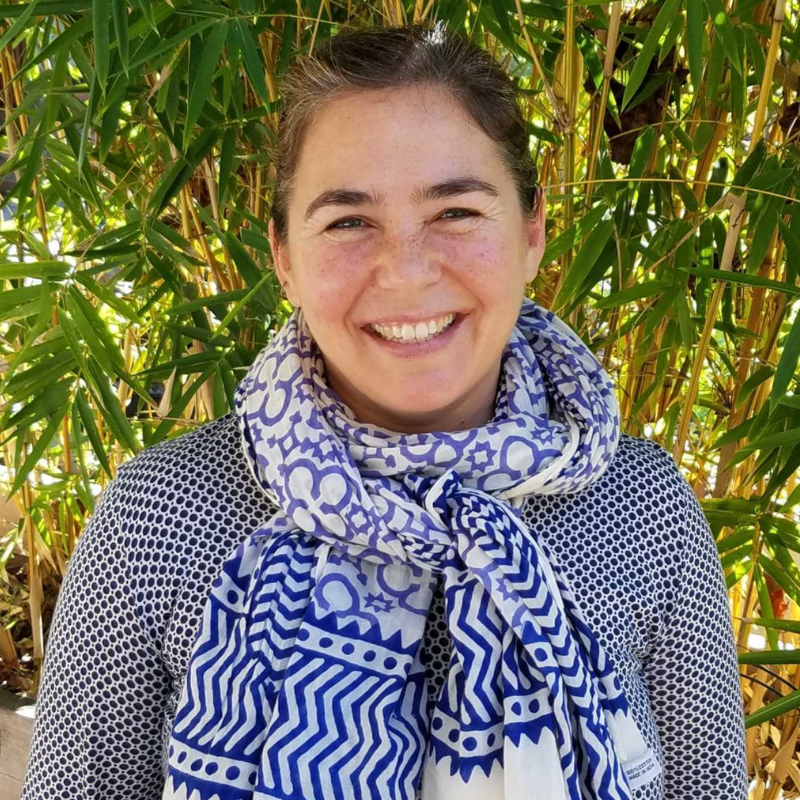 Finance & Business Director for the GAIA U.S. office. She has a background in business admin and finance, working with nonprofits to build solid infrastructures to fortify their missions. Her interest in this field began when she managed a free-standing birth center in Portland, Maine and since then she has worked with many Bay Area social and environmental justice organizations. She holds a Master’s Degree in Sustainable Business Administration. Brieshen loves gardening, hiking with her family and days spent at the beach. 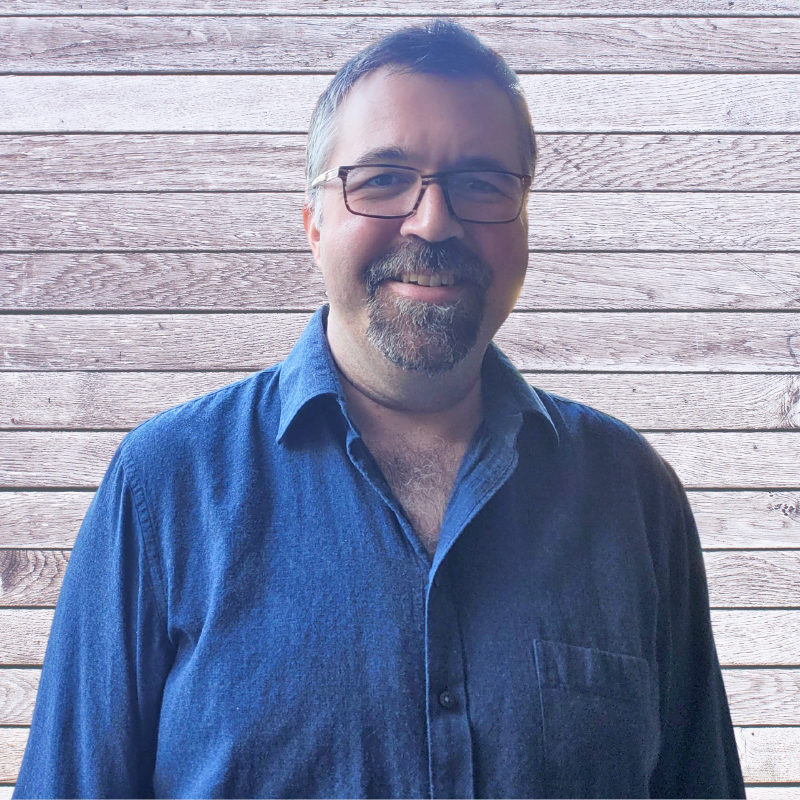 Chris joined the environmental justice movement over twenty years ago when he worked with Chester Residents Concerned for Quality Living (CRCQL) to combat one of the most egregious examples of environmental racism in the country. Since then, he has worked at a variety of nonprofits on issues ranging from education to the environment.

GAIA’s International Coordinator and Executive Director of the U.S. office

Christie joined GAIA in 2005 and has 25 years of experience with social movements and international non-profit organizations. She began her work in Guatemala as a popular educator, program coordinator, and strategic planning facilitator for groups in the women’s movement and Mayan-Campesino organizing community, as well as in international human rights. For the last 15 years, Christie has worked from the U.S. on international waste, public health, and environmental justice issues.

GAIA AT WORK IN THE UNITED STATES & CANADA

Sign up for our GAIA U.S. & Canada Regional Newsletter to stay up today on our regional work.