Alejandra is a biologist, specialized in natural resources management, holds a Master’s  degree in regional planning from the University of Otago, and is one of the founders of RADA. She has actively participated in GAIA’s international bodies, and taken part in the formation of the Zero Waste Alliance in Chile. RADA carries out its work in Temuco, Araucanía region, in the  south-central part of Chile.

How was RADA born?

RADA’s work began in 2006 on Earth Day, as a result of a social mobilization that summoned  many organizations and communities

affected by socio-environmental issues in the Araucanía region.

Environmental racism was one of the first issues we focused on. From the beginning we started working with the Mapuche communities, who are directly affected by the landfills and wastewater treatment plants in the region.

After more than ten years of work, what are your objectives now?

Our main priority is to promote and defend the environment as a human right. That means that the environment must be considered a fundamental right, which must be guaranteed by the State, in the same way as the right to health and education.

We developed this objective through three main lines of action:

1) by educating the public on the environment, 2)supporting communities immersed in socio-environmental conflicts, and 3) by influencing public policy.

What are the major challenges or environmental issues that Chile and the Araucanía region are facing right now?

The main challenge is to stop extractivism, which is very complex because it means that we need to change the economic model that we have in Chile. This transformation involves switching from prioritizing the expected growth in the country to start thinking about how we can live better without destroying the environment. We need to start seeing nature as our home, instead of only looking at it as a source for natural resources.

In the Araucanía and neighboring regions, forest exploitation has had a big environmental and social impact. This is an industry with a lot of  power and an enormous influence on politics, so stopping activities such as forestry is a massive challenge, much like mining in the north and salmon farming in the south of the country. If we do not change the economic system in Chile―which currently promotes economic growth and development through the exploitation of our territories and common goods, in addition to the growing consumption of energy―we are destined to completely destroy the environment.

Chile is currently living in a serious social crisis, the upcoming plebiscite in April could open the door to the approval of a new Constitution. In that scenario, what environmental priorities do you think should be covered?

We, as members of the environmental commission of the People’s Plurinational Assembly in Temuco, believe that one way of protecting our natural spaces in a new constitution would be to guarantee the rights and protections of nature/the environment under the law. This means that the State would have the responsibility to effectively guarantee the protection of nature through policies and public institutions.

The new constitution should also include water as a human right, that must be withdrawn from the hands of the State and returned to the communities, who should be the ones deciding how to best distribute water in their territories. 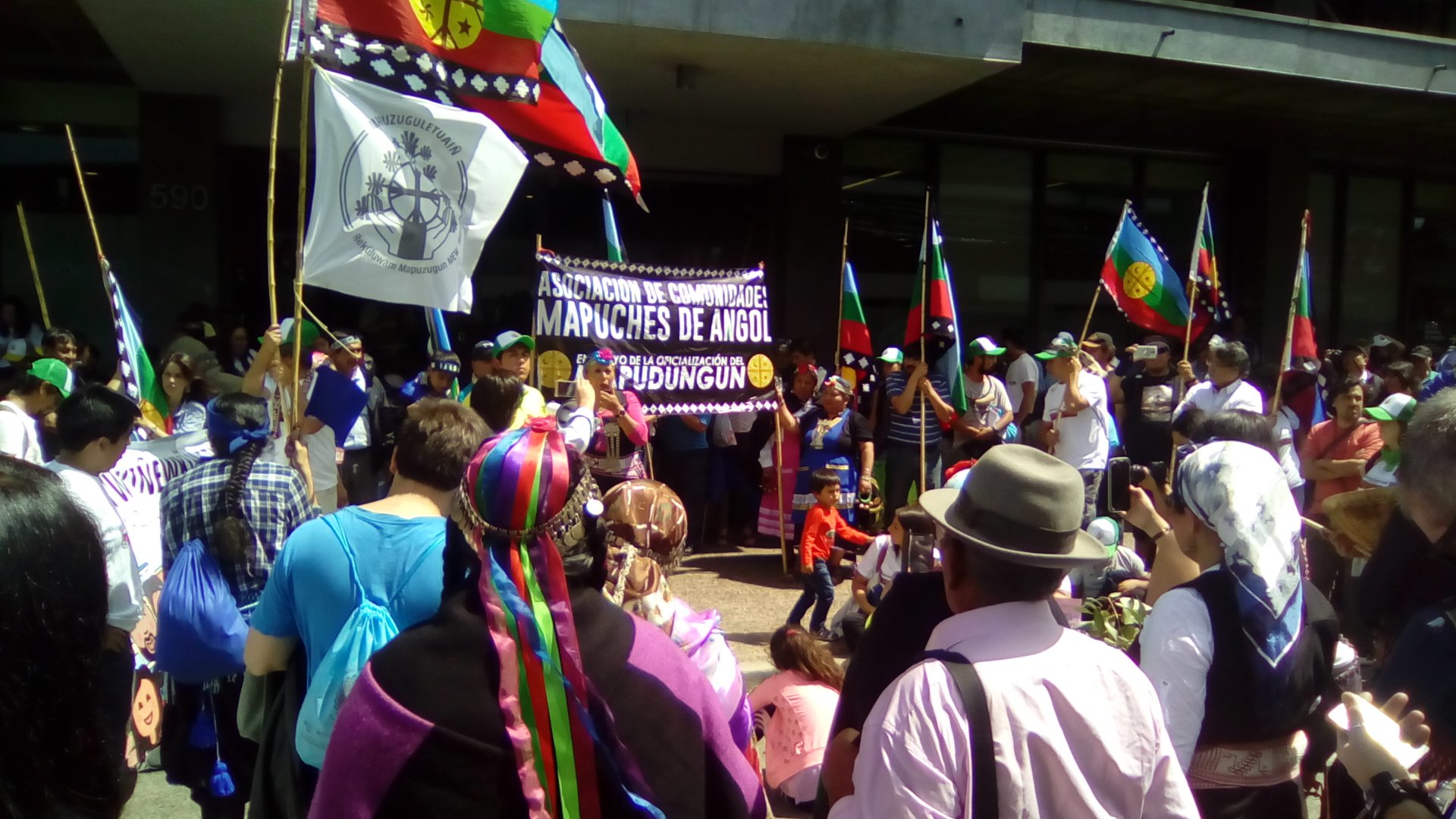 It is harder for urban populations to maintain awareness of larger environmental problems, often they tend to be less conscious about their need to protect the environment. On the other hand, for rural communities, such as the Mapuche, taking care of the environment is part of their culture. Mapuche communities have a special relationship with nature, and they are highly impacted by environmental issues. They not only obtain their food, medicine and raise their animals on and from the land, but it also forms an integral part of their religious and spiritual traditions. To them environmental harm translates to permanent spiritual and religious harm that is directly tied to the potential extermination of their culture altogether.

The Araucanía region is currently facing the threat of an incinerator proposal, can you tell us more about it?

Incineration has been a latent threat in the region since 2007. That year, we reported the State of Chile to the United Nations for environmental racism, specifically for the cases related to landfills and wastewater treatment plants located in the Mapuche communities. Due to the social pressure in the region, landfills in those communities started closing down, which caught the attention of the incineration industry that presented itself as an alternative solution.

One of these cases was the landfill of Temuco that closed in 2016 and was originally located in the heart of 30 Mapuche communities. Once the landfill shut down, the municipality opened a public request for bids for a new waste disposal system, and   adjudicated it to an incineration plant.

How has the fight against the incinerator project been?

The incinerator project -WTE Araucanía- was entered for the first time in 2016, but it was declared inadmissible and therefore an environmental impact study was required. In 2017 they resubmitted the project to the Environmental Impact System, but we managed to enter more than 3,500 observations to it.

RADA has developed a strong campaign to inform citizens and authorities about the dangers of burning waste, alert them about the environmental and health impacts of incineration, and explain the benefits of adopting a zero-waste strategy. Thus, last year through a new consulting process, we were able to get 13,000 citizen comments against the project, and up to this point, they have not been able to move forward with it.

What has been done to promote zero-waste as the option against incineration?

In 2018, we implemented a zero-waste strategy in a neighborhood in Temuco and got very good results. The neighbors who participated in the project managed to reduce their waste by more than 70%, by separating their recyclables that are then collected from every household every 3 weeks by Elisa Mellanao, a Mapuche woman and informal recycler,  who used to work as a recycler at the landfill that shut down in 2016.

In addition to that, households make their own compost, which is estimated to be more than 60% of the waste that is generated by a family in that area. This project also includes environmental education in every step of the process.

With experiences like this one, we want to demonstrate that zero-waste strategies are easy to implement, efficient, effective, and that they don’t require too many resources. We don’t need to wait for the new generations to change our habits, we just need good incentives, and a good educational plan where we can convey the importance of protecting our environment, and provide the necessary tools for it to happen.

What are the next steps for RADA?

We want to continue strongly promoting the implementation of zero waste strategies for the sustainable management of waste and resources.

We are working on the implementation of the zero waste project  ̶ Towards zero-waste in the Huimpol ñielol  ̶   in a rural Mapuche community. With this project we are testing the zero waste model in a rural context and that implies some challenges, for example in the recollection and transportation of waste. In this case, community members bring their recyclable materials to a collection point where a recycling worker collects them. We hope to show the results of this project very soon.