We caught up with GAIA US member, Akira Yano, Community Organizer with the Minnesota Environmental Justice Table. Learn more about the transformative work they’re doing in the state to transition away from waste incineration and towards a zero waste future!

What are your main ongoing campaigns (please describe)?

The main campaign that the MN Environmental Justice Table is working on is around the issue of incinerators in Minnesota and building more infrastructure around zero waste. The primary incinerator that we are working to shut down right now is the Hennepin Energy Recovery Center in Downtown Minneapolis, which is the #1 point-source producer of toxic air emissions in Minneapolis. These emissions have been attacking the health of North Minneapolis residents, who are predominantly BIPOC and/or low-income, for decades. The HERC relies upon a consistent stream of waste to exist; without that stream, its purpose becomes obsolete. Our campaign demands that the county replace incineration waste management infrastructure with zero waste through community-based action.

One of the largest challenges that we are facing is Hennepin County’s defensive response to community critique about the HERC. We constantly find ourselves having to push back against false narratives from the county claiming that HERC is a viable source of renewable energy, that it’s a beneficial “waste-to-energy” facility, and that we are simply misinformed about the reality of its impacts because we don’t fall under their narrow definition of “experts.”  This came to a head when Hennepin County was finalizing their climate action plan, which included incineration within the definition of renewable energy, but was then altered to not include the HERC specifically after the MN Environmental Justice Table and other organizations intervened. 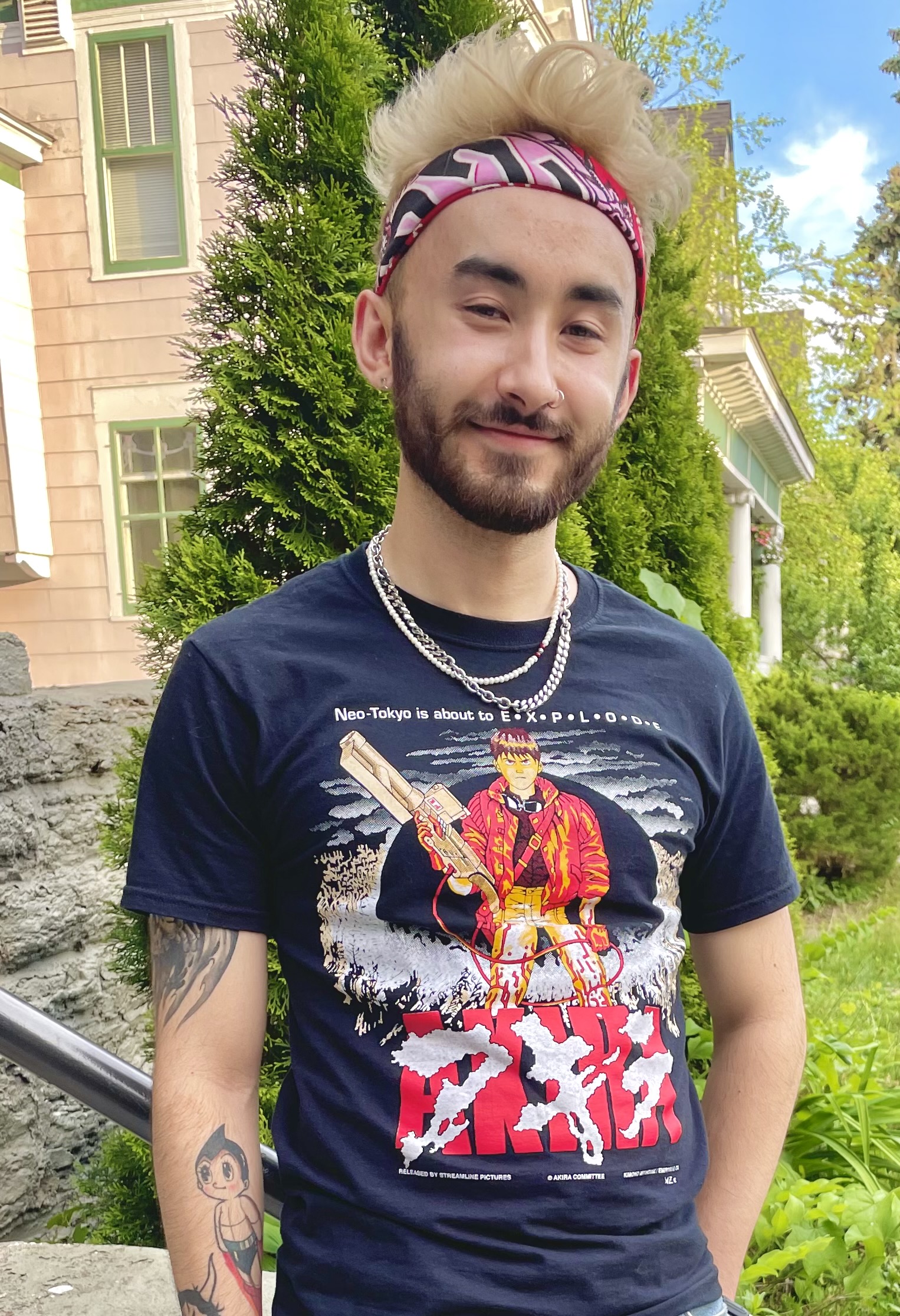 How do you see your organization’s work evolving in the next few years?

I see our organization building capacity and creating a nourishing, exciting, and communal space for people (especially BIPOC folks) to learn about, and take action on environmental justice. I see our organization building capacity through community outreach and hiring more people to work full-time on future campaigns. As it currently stands, the incinerator and Zero Waste campaign is the sole campaign coming out of the Minnesota Environmental Justice Table, but i know that as it grows, so will our ability to support community members in addressing a myriad of other environmental injustices as well.

What are your thoughts on the waste crisis that we are living right now?

I think that the current waste crisis is immense, unnecessary, and solvable. It’s the result of unfettered racial capitalism which has prioritized cheap, unsustainable production over viable strategies for harmonious relationships with the Earth and people. We have been fed the lie that the main reason that we are in this crisis is because people overall are wasteful and that if we just recycled or composted enough, that we wouldn’t be in this crisis. This perspective diverts the responsibility for the vast majority of unsustainable waste away from the producer of these environmentally-unfriendly products and puts it on the consumers instead.

Yes, people need to learn how to reduce their waste, re-use what they have, and recycle what they’re not using, but what would make that task significantly easier is if products were created with that in mind in the first place. Instead, they’re created with the mindset of “how can we do this in the way that will make us the most money?” I know that it’s possible to solve this waste because if this last year has taught me anything, it’s that systems which we are told are concrete, can change whenever those in power feel like changing them. Just as easily as this country can push immense amounts of funding into research for a vaccine, it can invest a similar degree of resources into addressing this waste issue.

How does your work relate to social justice?

The existence of our work is due to social injustice. Fossil fuels have become the bedrock of economic growth and the basis of most social infrastructure. Some of the most horrific acts in US history were done in the name of economic growth. Things such as slavery, the attempted genocide of Native Americans, and countless wars all have roots in white supremacy and capitalism’s thirst for growth and profit. The latest manifestation of these crimes is a web of systems built upon fossil fuel infrastructure designed to benefit privileged classes and ensure that they don’t bear the consequences of fossil fuel extraction first. This can be seen in the U.S. response to the Line 3 pipeline or any pipeline before then, the Flint water crisis, or how Hennepin County has placed a trash incinerator near one of the largest Black communities in the state. Our work relates to social justice because the goal of safe and healthy communities necessitates the dismantling of all systems of oppression, not just those explicitly related to climate. 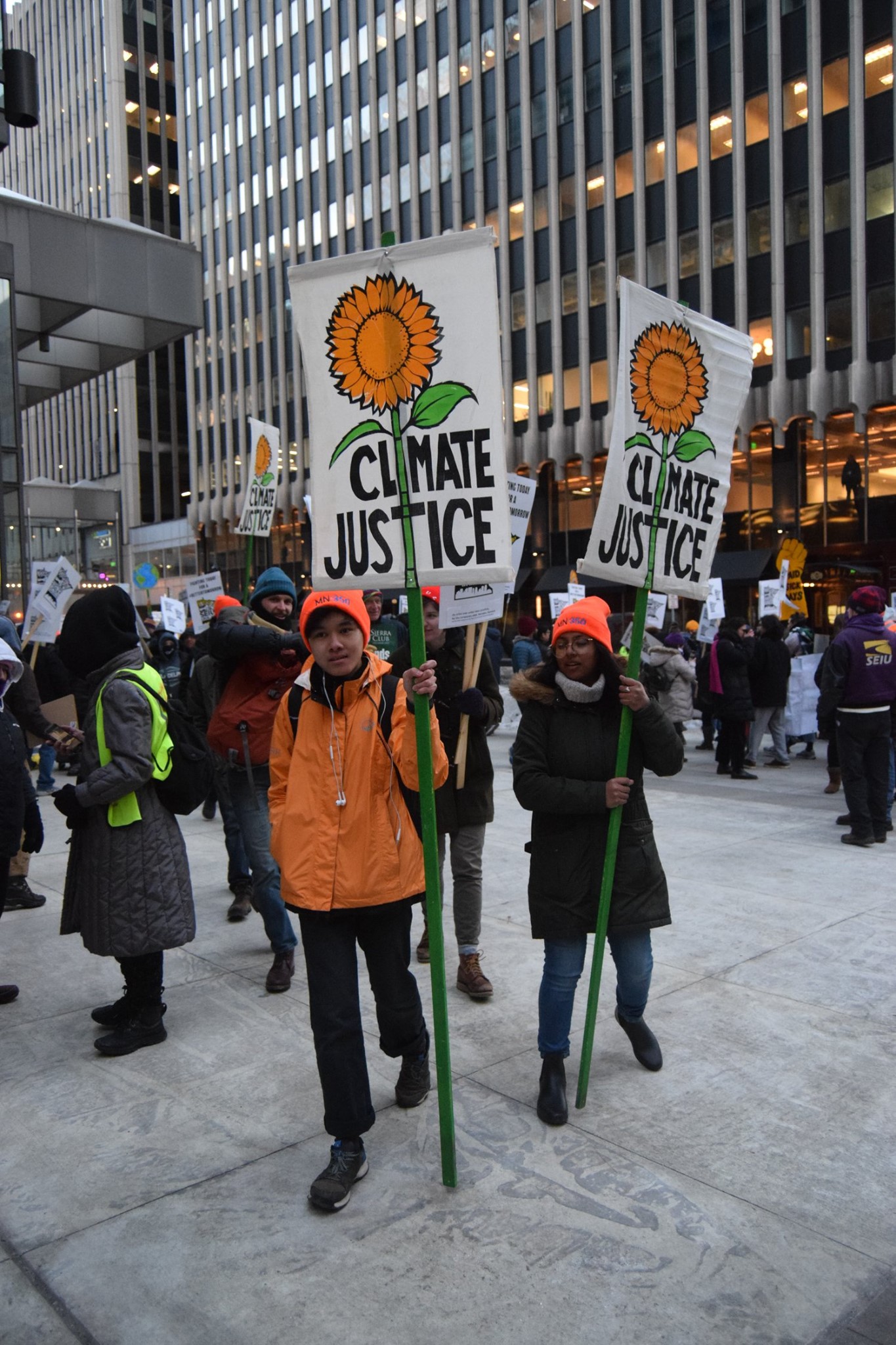 How has your work been impacted by the COVID crisis?

Like many others, the COVID crisis has forced a vast majority of our work to be done remotely, which has made it harder to do direct outreach with community members. Events which previously were great opportunities to build connections with others have become near non-existent and replaced with Zoom calls. In addition to creating barriers for us to interact with our community, COVID has also created another immediate crisis that requires everybody’s attention to navigate, adding on to the long list of issues that those with less privilege have to deal with on a daily basis. This means that less people have the capacity to organize around environmental issues because they’re understandably more concerned with things like making sure food is on the table, they have a roof over their head, and they don’t have to go to the hospital.

How do you envision a just and equitable recovery from COVID-19, and how can your organization’s work be part of the solution?

This is a difficult question that I feel like we are still trying to figure out the answer to as the COVID crisis has evolved over time. One of the main things that would contribute greatly to a just and equitable recovery from COVID-19 is universal healthcare to ensure that no matter who gets sick, they would be able to receive the necessary care without the debilitating financial burden. Another main thing would be access to the vaccine, and outreach programs that are geared towards addressing people’s fears fueled by misinformation. Another important aspect is  concentrated efforts to acknowledge the racist and classist history of US healthcare and take proper steps to ensure

that the same travesties are not replicated. The biggest way that I see the MN Environmental Justice Table contributing to that solution is by ensuring that people have options for how they would like to engage with us and the work, whether that is in-person or virtually.

What is your favorite quote?

Our ancestors, our antennas
Reaching for a place
Somewhere outta space
Or just somewhere
Now I’m running circles in my labyrinth
Many just avoid the pain, I had to decongest it