Creating zero waste communities, one city at a time

Zero Waste Asia is no longer a dream but a possibility.

GAIA-Asia Pacific and YPBB held the 1st Zero Waste Academy (ZWA) in Indonesia this past month of July. For 10 days, participants from 18 non-government organization (NGO),  and government officials from Bali, Bandung Raya, Gresik, Jakarta, Medan, and Surabaya, gathered in Bandung, Indonesia, to learn about zero waste and get a hands on experience on how to implement zero waste models in their communities.

This 10-day intensive workshop is the 5th ZWA held in the region. The first three were conducted in the Philippines and had participants from Asia, the Philippines, and different parts of the globe, respectively, while the 4th was held just a few months ago in Vietnam.

The Zero Waste Academy tackles the global zero waste movement while showcasing zero waste models from local communities that stem from grassroots initiatives. Participants see first hand how zero waste is implemented, through lectures and site visits where they get to talk to the community leaders and waste workers in GAIA and YPBB’s zero waste projects in Bandung and Cimahi.

Beyond lectures and site visits, participants do actual profiling of the kerulahan (village) a first step needed to design village-specific waste management programs, that address the current situation and needs of the people living there.  Attendees also participate in the Waste Assessment and Brand Audit (WABA) to identify the types and sources of waste produced. The WABAs help identify the volume of each type of waste and the companies behind it. Such data is useful in lobbying for better waste management policies.

Once participants are equipped with enough know-how, they are then divided into groups to conduct door-to-door education to teach the community proper waste segregation.  An afternoon is spent following waste pickers as they do door-to-door collection – a pretty exciting day for most as they see first hand the work involved, get to know the workers and their work. 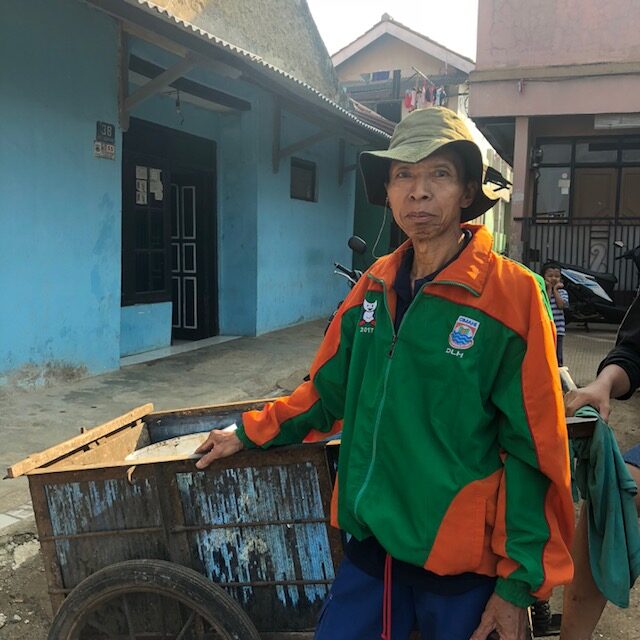 The participants of the Zero Waste Academy get to know people like Ripanto, a 67 year old waste collector from Cigugur, Cimahi.  He has been working as a waste collector for five years, earning 700,000 rupiah (US$50) a month. Ripanto has complained of hearing impairment, coughing, and constant flu as a consequence of his work.  He, along with three other waste collectors, used to work from 6:00 AM until 5:00 PM until waste segregation was introduced in June. This, according to him, has immensely reduced the number of working hours for them.  While a lot still has to be done, not everyone is segregating their waste yet, Ripanto remains positive that in time, positive changes will come.

At the ZWA in Indonesia, different methods of composting were also introduced such as biopori, bricks composting, bamboo composting, and the use of a biodigester.  Rain or shine the participants wanted to see actual composting areas in the middle of a park. As Satoko Shirai of Takagi Fund remarks, “this is an eco-park, not just an ordinary park!”

Currently YPBB is working on zero waste projects in Bandung and Cimahi cities, and Soreang in Bandung regency.  The team is also working to push for policies to reduce single use plastic.

With Bandung City’s Kurangi (reduce), Pisahkan (segregate), Manfaatkan  (reuse) or Kangpisman program, Mayor Oded M. Danial wishes to set up a new culture.  The City is focused on five aspects of Kangpisman: regulation, manual, model on a regional scale, facility for waste decentralization system, and information system for waste management. They are also doing massive campaigning, collaborating with the education system involving all government agencies at the city level, and developing a volunteer network for Kangpisman work.

What’s next after 10 days of academy? At the end of each day, participants share their thoughts. While some are doubtful whether their communities are anywhere close to being able to implement zero waste models, most are excited about it.

Currently, the zero waste project (ZW) covers villages in Bandung and Cimahi cities, and Soreang, and it is set to expand to communities in Bali and Surabaya.

Is zero waste really a possibility?  As the head of Cibeureum village in Cimahi said, zero waste it is about changing the mindset of people that waste is not just the responsibility of the government and NGOs but the people as well. 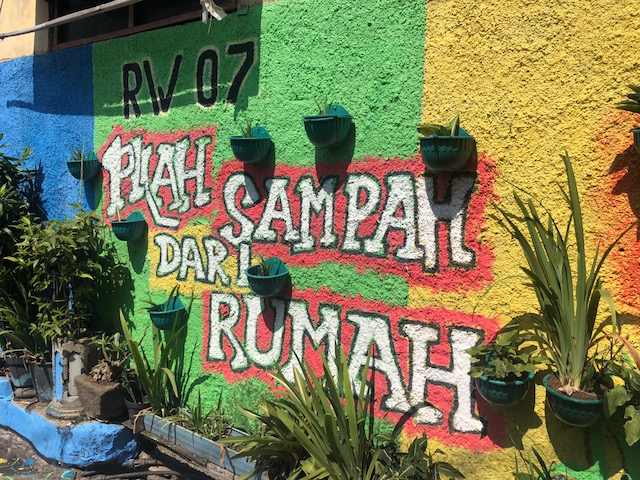 [1] Bandung City is the capital of Indonesia’s West Java province.  It has a population of close to 2.4 M.

[3] Soreang is a subdistrict of the Bandung Regency, West Java, Indonesia.  It has a population of over 100,000.