Gresik is a coastal city in East Java, Indonesia, located downstream between Brantas River and Bengawan Solo River. These two big rivers were included in the Top 20 most polluting rivers in the world, according to a study published in 2017 (1). Indonesia was also identified as one of major contributors of plastic leakage into the world’s oceans (2), with four Javanese rivers being of particular concern. The Brantas and Solo rivers  discharge an estimated 38,900 (range 32,300–63,700) and 32,500 (range 26,500–54,100) tons of plastics per year, respectively. This means a little over 14% of marine plastic litter come from Indonesia’s waterways.

Gresik City has a population of 1.35 million, producing 388 tons of waste per day, or around 1.2 kg of waste per household. Like many cities in Indonesia, Gresik City has only enough resources to provide adequate management services to less than 50% of the population. Thus, many areas of the city, particularly those situated along river banks and coastal areas, rely on informal waste collection and indiscriminate dumping to rid of household waste. To make the waste situation worse, the congested Ngipik landfill – which receives up to 150 tons of waste per day – is projected to reach its full capacity by 2021. The city’s environmental agency is exploring a new location for another landfill but communities are pushing back on these proposals.

To address plastic leakage as well as poor waste management in Gresik, ECOTON partnered with Wringinanom Village in 2019 to launch the city’s first Zero Waste Cities project. The project covers door-to-door segregated collection, organic waste composting, and transporting residual waste to the Ngipik landfill for 500 households. While waste sorting is voluntary in Wringinanom, ECOTON is hopeful that community participation will pick up once multi-stakeholder partnerships are strengthened.

Currently, about 25% of households in Wringinanom Village participate in waste sorting under ECOTON’s Zero Waste Cities program. ECOTON handed tokens to these community members as an incentive for their continued support.

The operation of MRF or TPS3R Wringinasri (3RMRF) is regularly monitored by ECOTON and the Environmental Agency to make sure that all workers follow the working procedures. Almost all wet and dry organic waste are collected and treated to produce compost. Wet organic waste is processed in aerated brick wall composters outdoors, while dry organic waste is processed indoors. Recyclables and compost produced in the 3RMRF are collected and sold by waste workers to provide them additional income. Unfortunately, due to the decline of the cost of recyclables in the last 3 months because of the COVID-19 pandemic, the earnings from recyclable sales became unreliable. Nevertheless, it is worth noting that the volume of recyclables collection increased 300% after implementation of the ZWC Program.

The implementation of the collection system is being supported by seven waste workers, one personnel who is assigned to operate the composting facilities and maintain flower vegetable garden, three waste sorters, and three waste collection personnels. The MRF site rearrangement was conducted to optimize waste treatment operation, providing sufficient space for the unloading and sorting of collected waste, composting of organic waste, and for storing recyclables. The garden area at 3RMRF was formerly used as a burning area of residual waste that piled up while waiting for waste containers from Environmental Agency Gresik. The garbage truck would drop off empty containers at 3RMRF and take the full container of mixed waste to the landfill. The residual waste piled up at 3RMRF because the pick up service for residual waste only ran twice a week. The current waste transportation service only covers 30% of the total population in Gresik. Wringinanom is located at the south outer edge of Gresik, bordering the Municipality of Mojokerto. The distance between 3RMRF Wringinasri to the Ngipik Landfill is 40 km, making the travel prone to several traffic accidents.

It can be concluded that Zero Waste Cities approach in Gresik consists of 7 ACTIONS PIKUL BARENG, Sharing the Burden to Achieve Gresik Zero Waste Cities, It’s Easy and Possible. The actions are as follows:

The Government of Wringinanom Village, in partnership with ECOTON, is currently preparing a community education team to run a door-to-door education program as well as a village regulation to obligate all households to conduct waste segregation at source. The Government of Gresik City is likewise preparing a regulatory framework to improve the budgeting and regulatory settings to encourage all villages in Gresik City to implement their own Zero Waste City program. The Government of Gresik Municipality plans to improve the operation of conventional waste transfer stations, so it will not only focus on improving the waste collection and transporting waste to landfill without treatment, but it will also initiate waste segregation at the household level to produce more compost and increase recyclables collection. 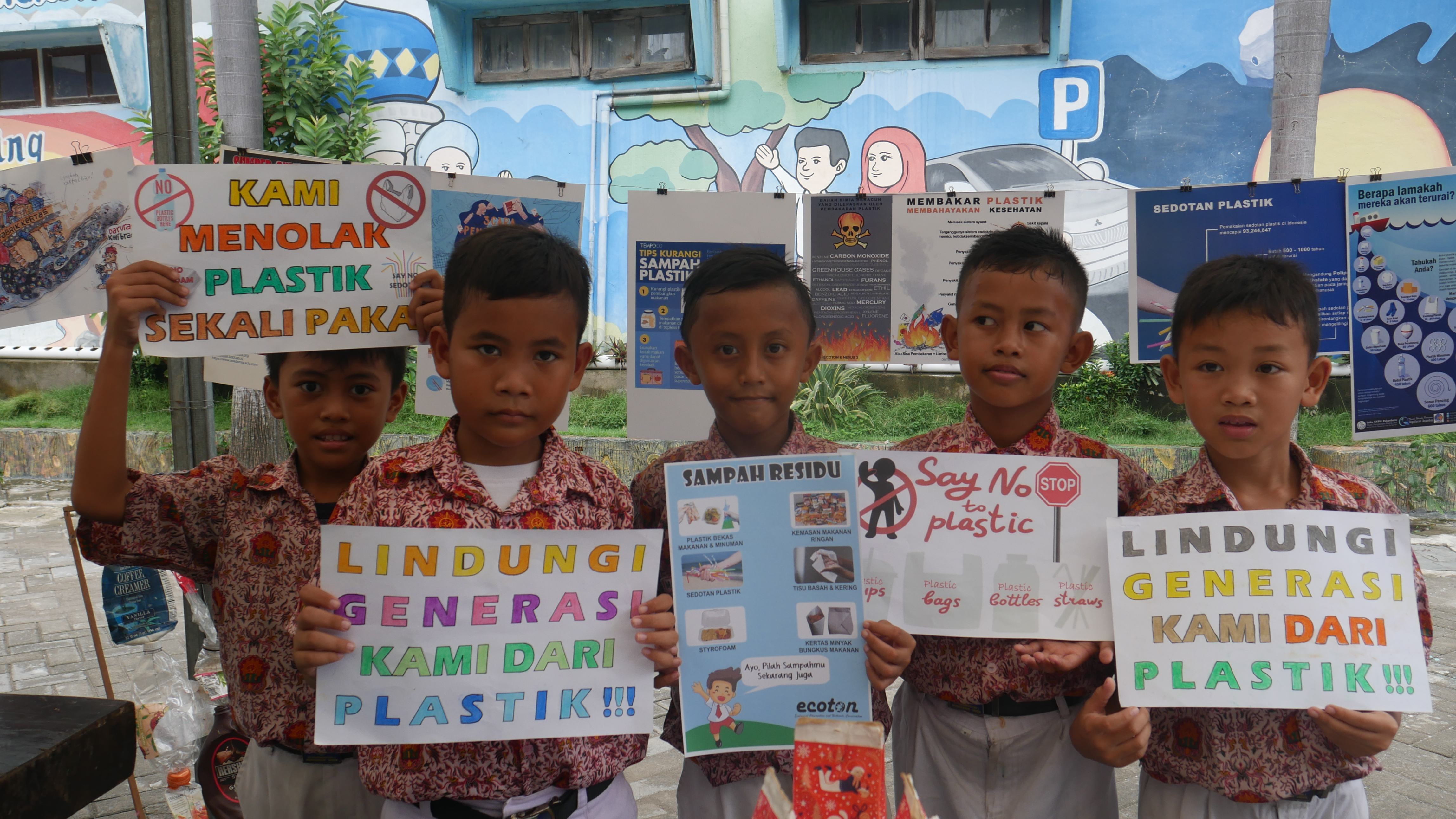 GAIA is grateful for the contributions from ECOTON. This feature is made possible through the Zero Waste Cities project — an initiative coordinated by GAIA Asia Pacific and funded by the Plastic Solutions Fund (PSF). The views expressed in this feature do not necessarily reflect that of its funders.