No Borders: There is no Environmental Justice without Immigrant Justice 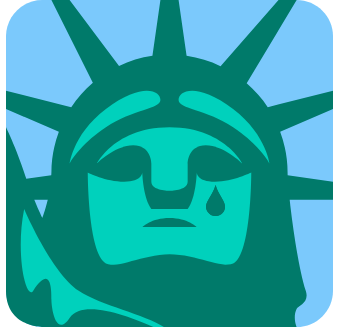 Standing with immigrants, migrants, and refugees in the United States is not only standing in alignment with justice, it is also integral to our work as environmental justice advocates. It has never made sense to separate justice issues as they are caused and impacted by the same systems of oppression. This has been acknowledged by writers and organizers in both immigrant justice and environmental justice movements in different ways, many of whom have argued that the success of each movement necessitates that each acknowledge and work in solidarity with the other. It’s important to not only recognize the connection between immigration issues and environmental issues but to act in mutual solidarity for each other, and to deepen our understanding of each others’ struggles, integrating more complex and inclusive ideas into our own movements and strengthening our analysis and work.

In his piece, Arnoldo Garcia writes, “over 85 percent of immigrants in the U.S are considered “people of color,” hailing from Africa, Latin America, the Caribbean, Asia, and other parts of the world.” This shows us that as we resist environmental racism impacting communities of color, in many instances we need to also advocate for immigrant rights, the abolishment of ICE, and for our institutions to invest in and protect immigrant families and communities. We understand this intersection more clearly when we look to communities such as South LA, Southeast Dearborn and Southwest Detroit.

Some of the main connections between environmental justice and immigrant/migrant justice struggles can be found in detention centers and immigration prisons where many families new to the U.S are held, against their will, after being separated. These immigration prisons have been sited near Superfund sites and are infamous for their inhumane living conditions. Another significant connection is the impact climate change–a global problem the U.S. has made huge contributions to– has had on increased global migration. Lauren Markham writes, “The United Nations High Commissioner for Refugees estimates that since 2008, 22.5 million people have been displaced by climate-related or extreme weather events.” It’s also worth noting that communities in the U.S. with high immigrant populations are disproportionately impacted by environmental disasters and polluting facilities. This means that many individuals and families who immigrate to the U.S. due to environmental catastrophes in their homelands, often caused partially or entirely by U.S. consumption or militarism, also experience environmental injustice after coming to the U.S.

Additionally, in an environmental justice context it’s important to note that xenophobic narratives as well as many common definitions of who is and who isn’t an immigrant on this land fail to acknowledge the history of colonization committed by the United States government and that this country exists on land that was stolen from its indigenous caregivers.

Making these connections more explicitly in our work and acting in solidarity as communities and groups fighting for environmental justice is also strategic. The more we are able to connect with the struggles of others and incorporate actions of solidarity into our work, the more long-lasting the impacts of our movements will be. When we are better able to understand, acknowledge, and integrate the needs of all communities into our demands and vision for a better future,  our movements will have more power and reach..

Similarly, it’s important to remember that environmental justice is a movement that organizes from a bottom-up, inclusive model. Because of this, in order to build according to our values we need to prioritize those who are on the frontlines and are being most affected by these issues, not only separating and listening to the experiences that speak most directly to our particular work.

To act in solidarity with those leading much of the immigration justice work happening today, you can: