When you talk of Zero Waste communities in Indonesia, three cities come to mind: Bandung, Cimahi, and Soreang. These cities, which used to struggle with managing their waste, have in recent years become leaders in Zero Waste program implementation.

The implementation was so impressive that, just a year after the cities started their pilot, they became proud hosts to the International Zero Waste Cities Conference held last March. Attended by over 300 delegates from different parts of the world, the conference allowed the cities to showcase the communities that have taken the road to Zero Waste.

These cities’ incredible transformation was thanks in no small part to GAIA member organization, Yayasan Pengembangan Biosains dan Bioteknologi (YPBB).

YPBB is a non-profit environmental organization based in Bandung, Indonesia. Established in 1993, YPBB’s vision is to “achieve a high quality of human life through an organic lifestyle.” It promotes sustainable living, recycling and composting, waste segregation, and strong involvement of the district government as well as the communities in the implementation and advancement of zero waste policies and programs. YPBB also believes in the importance of practical education to mainstream the concept of Zero Waste in people’s everyday lives. This highly cooperative approach—where community members are not just participants but leaders in their neighborhoods’ transition to Zero Waste—is the key to YPBB’s success.

Through partnerships with government leaders and community members, YPBB has created simple and elegant solutions to the pileup of garbage and fast-growing landfills that are plaguing Indonesian cities. By focusing on reducing the amount of waste generated, together with diligently segregating the waste at source, these cities can get rid of their trash problems once and for all. 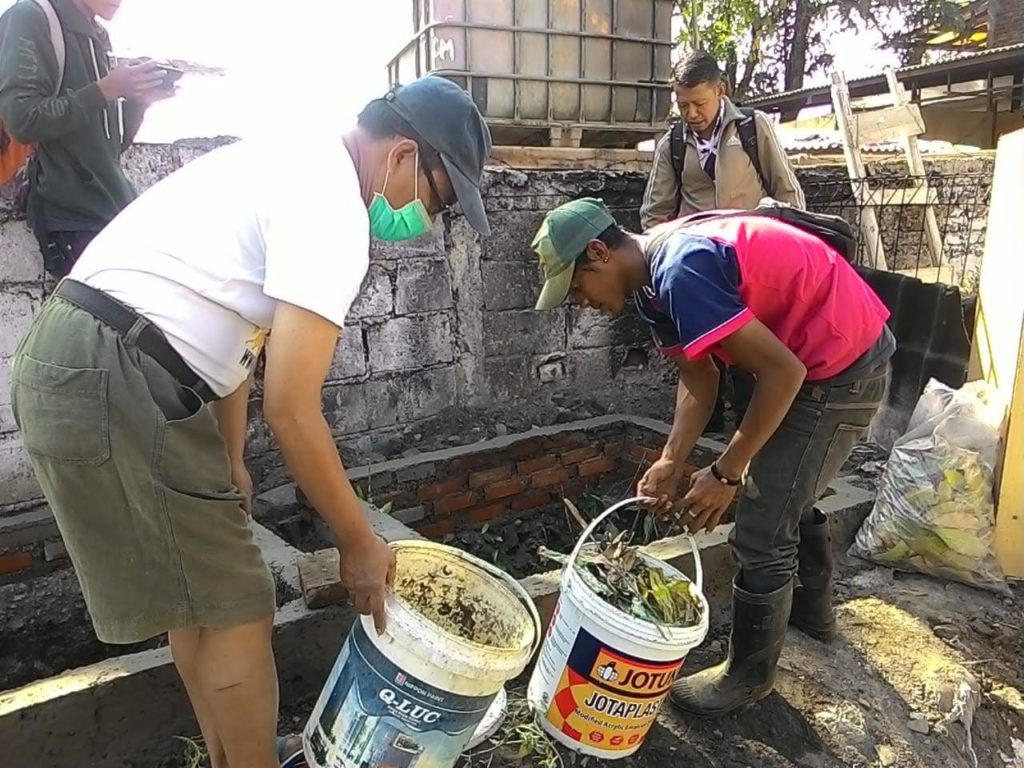 YPBB found that in Bandung, the third largest city in Indonesia, the 2.5 million people living in the city produce around 1,500-1,600 tons of waste every day. Bandung’s local government already allotted IDR 137 billion for waste transportation per year. More than half of household waste in the city, or 63%, is organic waste. Recyclable materials come in second at 23% while the remaining 14% are residual waste. This means that Bandung City can potentially reduce the amount of household waste brought to landfills by as much as 86% and bring down its waste collection, transportation and landfill tipping fee expenses to just USD 17.1 million (IDR 19 billion) per year. Potential savings can later be utilized in hiring more waste workers and in developing more collection, decentralized recycling and composting facilities.

Within a short period of time, YPBB was able to deliver transformative results. Within just the first year, #ZeroWasteCities reached 3,640 households or around 14,560 people. The program was responsible for keeping 950 kg of waste each day out of landfills, saving about IDR 63 million (USD 4,300) in transportation costs for that year. While this is already an impressive achievement, YPBB wants to further increase their success rate by working with governments to create conducive regulatory and financing policies for Zero Waste approach.

The current success rate (and the money it saved the city) did not go unnoticed by local officials. The new mayors of Bandung and Cimahi have so much confidence in the program that they want to expand it. Bandung City has committed to doubling the waste management budget of kelurahan to about IDR 200 million per RW (rukun warga or subdivision) per year, while the Cimahi government is also in the process of increasing financial support for decentralized waste management.

The Bandung Regency head recently created a regulation for villages to allocate budget and create local regulation on waste management. With the additional budget, RWs, in cooperation with local leaders, can now invest more resources in additional waste workers and infrastructure.

With the support of local governments and a dedicated group of community leaders, YPBB is leading the way to a Zero Waste Indonesia.

“We see our Zero Waste campaign as a way to contribute towards an ecologically sustainable global civilization. We are very lucky because we are in the moment where we get significant support from many parties to transform the lives of thousands of people towards sustainable Zero Waste system, and hopefully millions of people in near future,” said David Sutasurya, Executive Director of YPBB.

“This requires intense work and time, but we know it’s worth it since we are in the critical time of saving humankind and our fellow creatures from unbearable climate change. Utilizing this moment to create change in such a short time is key to safeguarding the future of our loved ones and future generations.”