Communities and activist groups around the world have taken the lead to put an end to plastic pollution, to clean our oceans and beaches, and to encourage us to rethink our patterns of consumption. On the Atlantic Coast of Morocco, Surfrider Foundation Maroc (SFM) is one of those groups. Founded in 2010 by a local surfer in the coastal city of Agadir, the organization has spent the last 9 years working to protect the oceans and coastline, combat plastic pollution, and preserve the coast from unsustainable development.

Education to change the future

Nested between the Atlantic coast of Morocco and the foothills of the Atlas mountains, Agadir is a tourist destination known for its beaches and seaside, and it is also the most important fishing port in the country.  Given the ocean’s central role in the region’s ecosystem and identity, Surfrider strategically focused the brunt of their work on educational programs to raise awareness of the problems that plastic waste creates, and the impact that it has on the environment.

“We strongly believe that education leads to environmental change”, affirms Chloé Pouppeville, Project Manager at Surfrider Foundation Maroc.  In 2016, SFM put those words into action by designing  Eco-Ambassadeurs, a program bringing students and teachers together through environmental clubs.  Here, the youth are not only provided with information about waste management, but they also learn how to compost, sort and reduce the amount of waste they produce. “They are very involved, and have a great imagination. I think they are the future of Morocco, they can really be the change” says Pouppeville.  With the Eco-Ambassadors program in middle schools, and Classes bleues (“Blue Classes”, in French) in high-schools, SFM works to ensure that the younger generations learn about climate,  the ocean and the consequences of marine litter, all while working to build awareness of the important role that environment has in our daily lives. 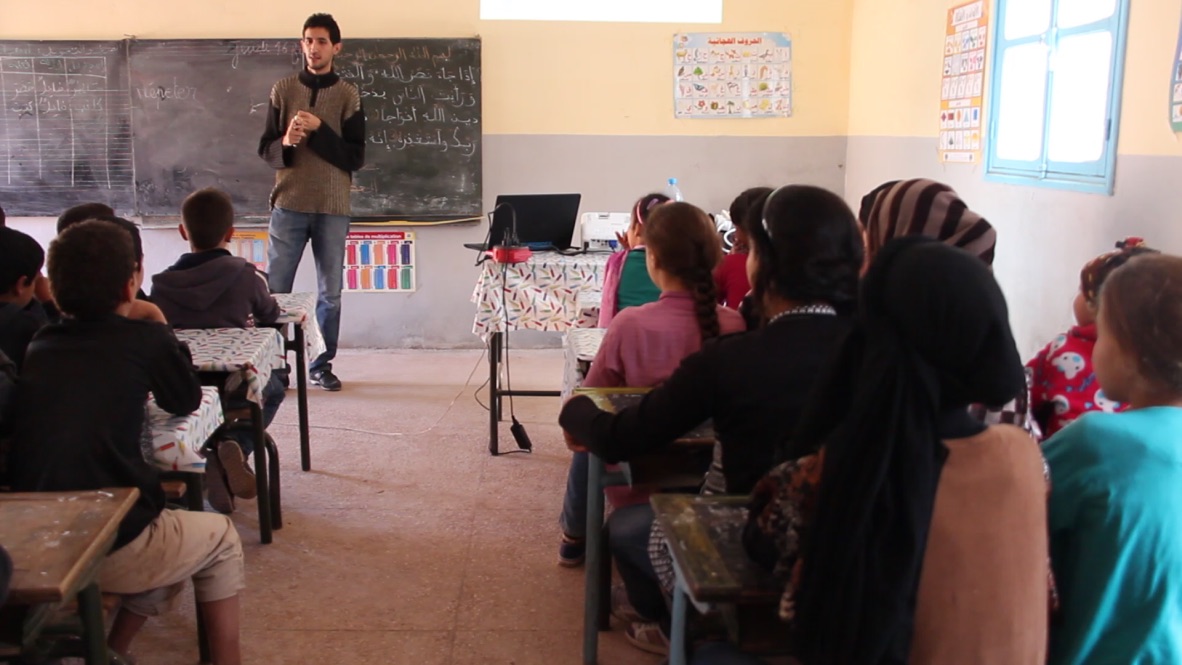 Marine litter is 100% human created waste, and while we know full well that the presence of plastic on the beaches is always the sign of a larger problem, it is important to focus both on that larger problem as well as the immediate need to address accumulated waste on the beaches. Surfrider Foundation Maroc conducts beach clean ups every two months, and combines this work with brand audits to identify and quantify the sources of the debris. Combining these two actions allows them to collect data on types of waste in order to better understand the problem of marine litter, as well as help raise awareness among local citizens. Through the Initiatives Oceanes the Surfrider team provides volunteers with informational and educational kits to support the beach clean-ups and encourage reflection around waste issues.

In addition to the clean-ups and brand audits, SFM has been working with people and businesses in Agadir and surrounding cities, to quit the plastic habit, and walk away from a disposable economy and  towards a reusable one. With the Baraka l’men mika campaign (“stop plastic bags”,  in Arabic), SFM has been going to markets in the region, to promote the use of the kofa, traditional wicker baskets, as well as giving away reusable tote bags to decrease the reliance on plastic. 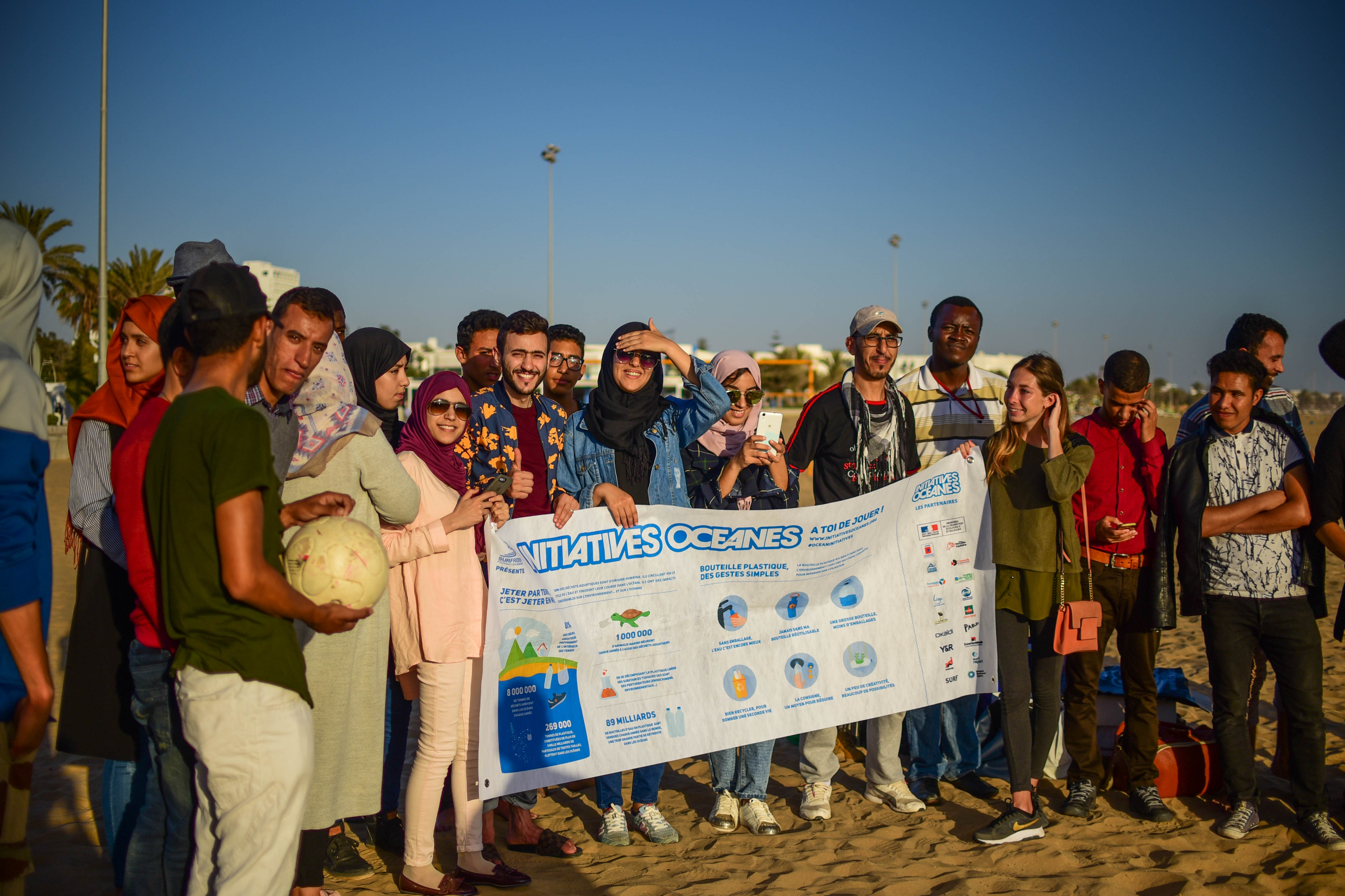 Schools, students, businesses, local citizens, and the port industry are among the collectives with whom SFM collaborates. In 2017 Surfrider Foundation Maroc started working with the fishing companies in Agadir to raise awareness of the marine litter crisis, and work with ship crews on how they can modify their practice to protect the marine ecosystem and the fishing resources.  Because while the port plays a vital role in the economic well-being of the city, it can also have a major environmental impact. Recognizing this led SFM to launch the project Agadir Port Bleu, encouraging ship crews to collect the waste caught on the fishing nets, as well as the waste produced on board, to prevent it from being thrown back  into the ocean.

Surfrider Foundation Maroc, through its diverse projects and campaigns, seeks to bring people, businesses and governments together to find holistic solutions to a multi-faceted crisis. Protecting the ocean, the waves, and our climate cannot be the work of a sole person or group, but rather we all must bear a collective responsibility for their protection. We are stronger together, as Chloé Poupeville puts it, “if we work together we are much more motivated. It’s all about talking to people and finding creative ideas to fight plastic. There are a lot of initiatives around the world and a lot of things to do.”