Consumers’ Association of Penang, giving value for the people 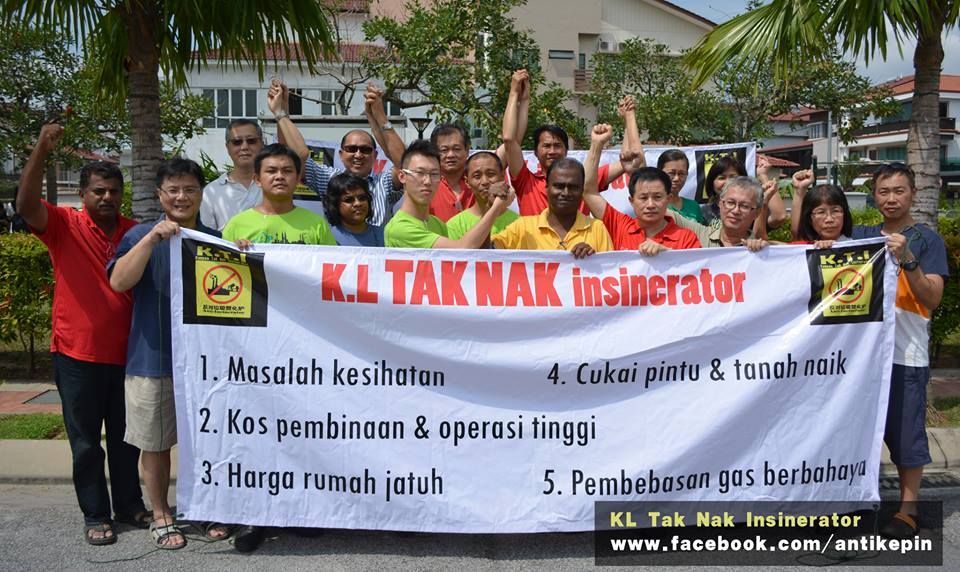 “High powered advertising and the aggressive campaign by transnational companies to ensure that the imported consumer culture penetrates and permeates through every social strata and every corner of the land…  the subtler but more deadly form of exploitation by dumping dangerous and substandard products which have been banned or withdrawn from the markets in industrialized country, the exportation of factories for production to evade stricter occupational safety and environmental laws, and the environmental destruction to make way for development,” according to the article Value for the People: The potential role of a consumer movement in the third world by Khor Kok Peng are the things that prompted the creation of Consumers Association of Penang (CAP) way back in 1969.  Anwar Fazal, a leading civil society activist founded the organization in a library in Penang as a response to the growing number of “development” projects in the 60s. 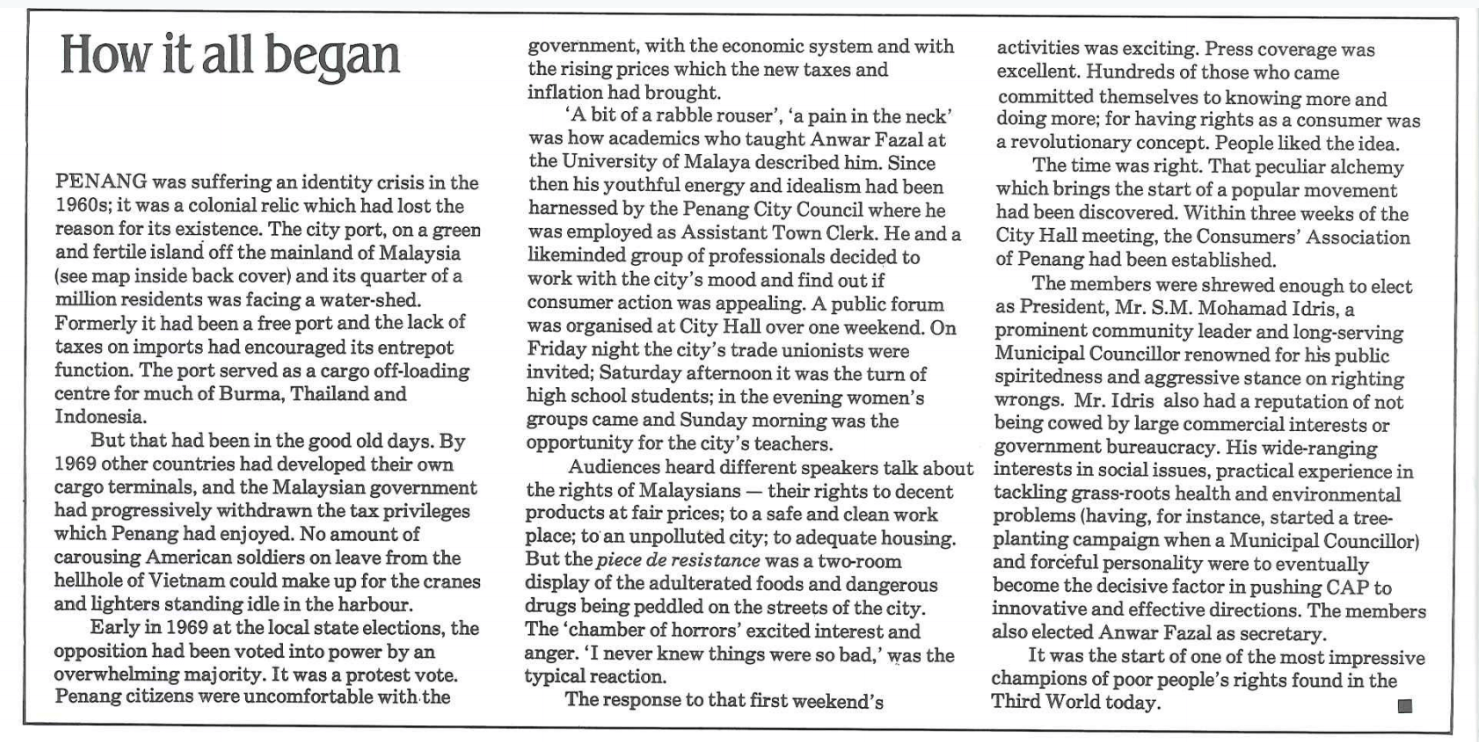 Excerpt from the book “People with a purpose: The Consumers Association of Penang”.

Over 50 years later, CAP has grown its work and reach as a grassroots non-profit, civil society organization based in Malaysia that aims to promote critical awareness and action among people to uphold consumer rights and interests.  The group is focused on education, community mobilization, research, advocacy, training, and publication.  “Unlike other consumer organizations, CAP’s motivation is value for the people,” says Mageswari Sangaralingam, CAP research officer.  “CAP looks at the types of development being pushed, who is it for, and if it is genuine development or development to satisfy the needs of a few.” Of late, CAP’s value for the people has evolved into “to the people, for the people, with the people”.  The number of staff has decreased from 120 to 30 and in 1977 the Environment Section transitioned into another organization, Friends of the Earth (FOE) Malaysia, but that has not stopped the team from safeguarding consumers and ensuring environmental justice. GAIA sat down with Mages, who has been with CAP since October 1992 after completing her BSc in Human Development course.  “I went for several job interviews, but I got interested in CAP because it was laid back, staff not required to dress up as in the corporate world, open office environment, and I was interested in the work that they were doing.”  Working in the rural and community section, Mages is now more engaged on waste trade issues and plastics pollution as the problem has escalated in the country and region.      What are CAP’s top priorities? Our priorities include:

Besides the priority issues, CAP is also focused on attracting younger people to be staff or volunteers and developing the use of social media to reach a wider and younger audience.  We want to help develop communities and community leaders to take up their issues and establish a training and awareness building module, and educate individual consumers, communities, organizations on CAP’s issues and thereby create multipliers. We want to build up the future sustainability of CAP through the mobilization of funds and in strengthening the organization through the participation of local communities, young people, women and intellectuals. 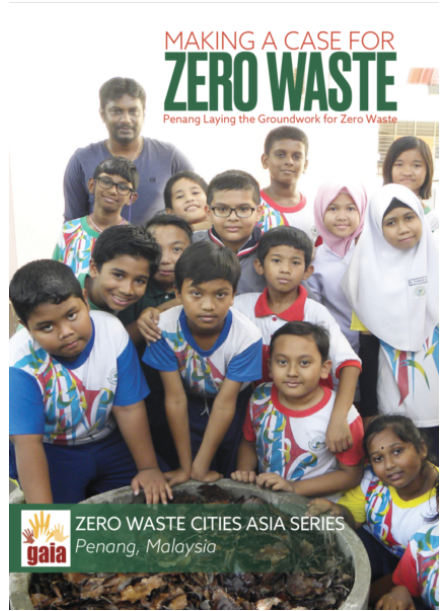 What are CAP’s main ongoing campaigns? Currently we have campaigns on agroecology, farming, plastics waste issues, and Zero Waste.  We continue to look at “development” projects and policies that are harmful to the communities.  We are also working on sustainable consumption and financial management.     What are CAP’s biggest accomplishments and achievements? CAP’s pioneering work led to the establishment of the Environment Ministry and the enlargement of the Ministry of Domestic Trade and Consumer Affairs.  We have worked with the Education Ministry and set up consumer clubs in 600 schools. Our sustainable agriculture project has trained families, schools, and communities in natural farming and our work on trade agreements provided valuable inputs to several Ministries and government leaders in formulating trade negotiating policies. 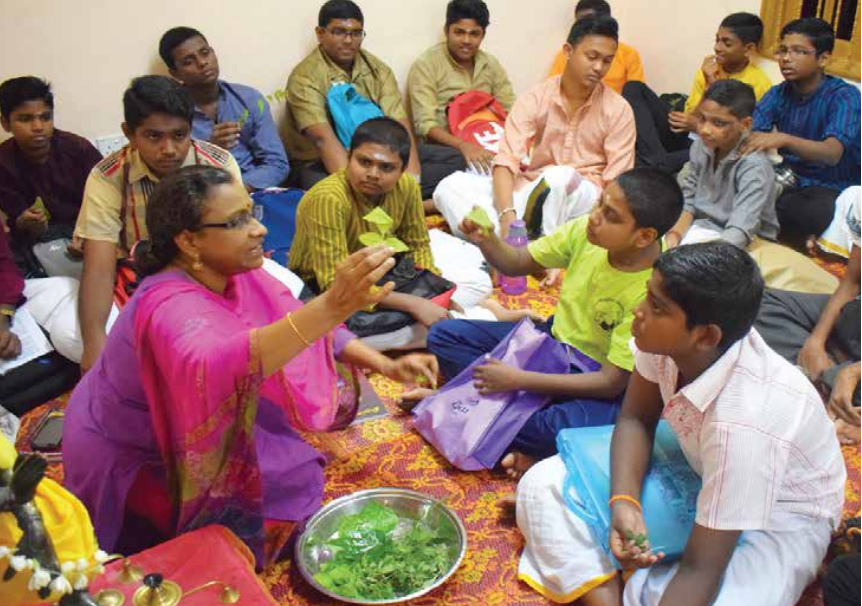 How to use herbs for disease-free life : Selvi’s contribution towards zero waste is significant because she is reaching out to the community continuously. @THEEBAN GUNASEKARAN

CAP has a record of being “ahead of the curve”, for example on changing the nature of the consumer movement, raising environmental issues, embarking on anti-tobacco and anti-sugar campaigns, and policy changes in the Housing Ministry. We promoted access to medicines by advising the government to introduce compulsory licenses that drastically reduced the prices of medicines for AIDS and Hepatitis C (from RM400,000 to RM1,000 per patient). CAP has also had an impressive record of expanding its boundaries, for example setting up Sahabat Alam Malaysia to take up environmental issues, establishing Third World Network which has had a major impact globally on policies regarding climate change, trade, biodiversity, and access to medicines.  CAP also helped in transforming the global consumer movement, including its new offshoots in the areas of health, food, and consumer rights. Many consumer associations in the developing countries were formed because of our regional training programmes. 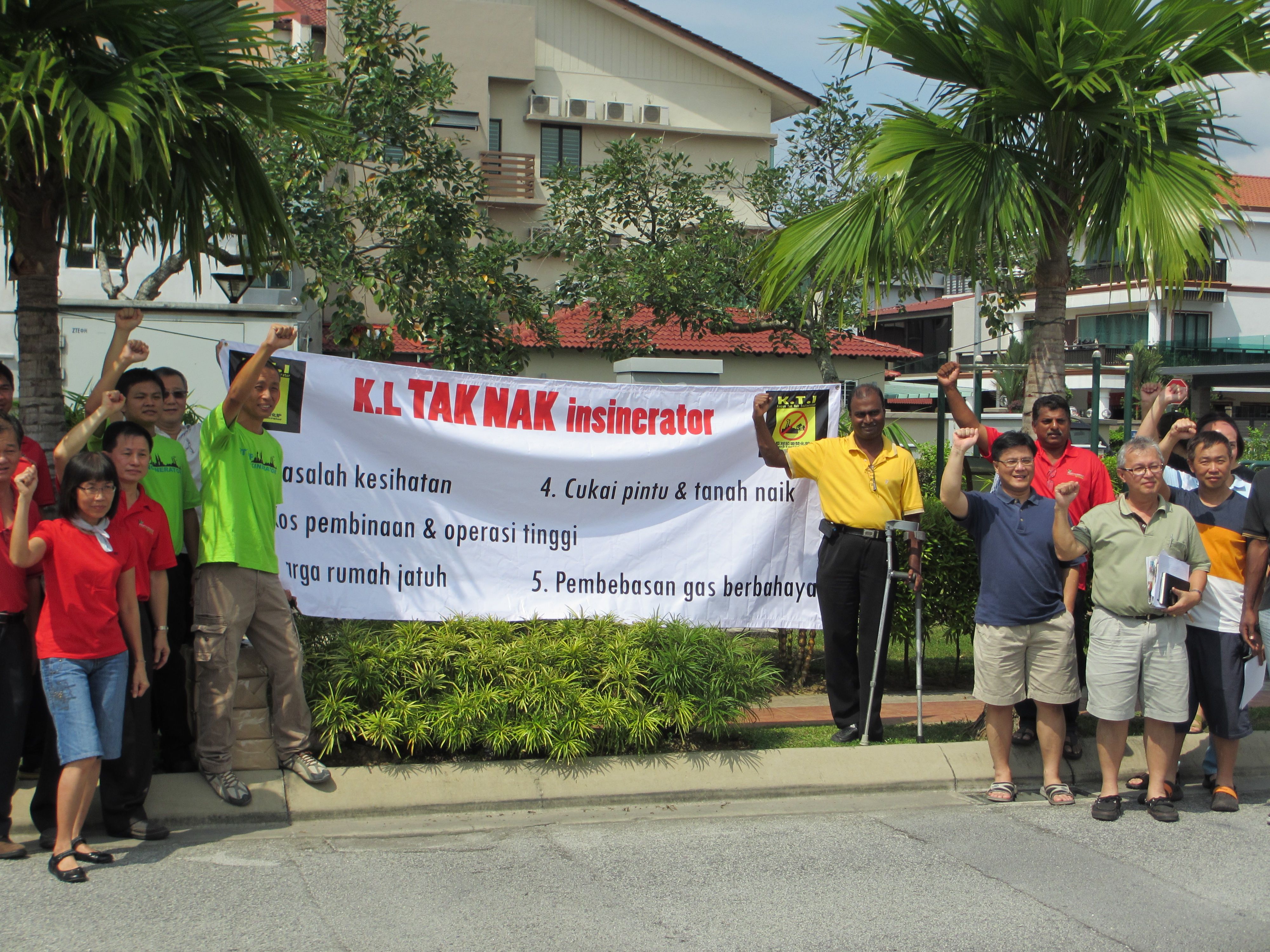 CAP has also helped many poor communities stand up for their rights: the Kuala Juru fishermen and the Kuala Kedah farmers fight against pollution, the Papan folks in the Asian Rare Earth case, the TheanTeik farmers against eviction, and the Penan and Sarawak natives against logging and for their native customary land rights.  Many other poor communities have benefited from CAP’s help.   Apart from government and policy interventions, CAP helped strengthen community-based organizations making them self-reliant.  What challenges are you facing, especially now with the COVID-19 crisis? We are still on lockdown with travel restriction thus only 30% of the staff can go to the office.  Projects have been delayed and we cannot go to the community to conduct programs and meetings.  We are trying to strengthen our social media but there are programs that have to wait until face-to-face meetings are allowed.     What are the biggest environmental issues faced by Malaysia and other countries in Southeast Asia? There is plastic and waste dumping and then electronic waste.  The COVID-19 pandemic has also brought in more waste from online shopping and food delivery, besides the single-use and disposables.   How do you see CAP’s work evolving in the next years? We need to have younger generation in the organization to continue the work.  I see that we will still be working on similar, if not the same, issues.  We also must look into digital finance, digital economy, and online purchasing.  There is so much happening that we need to keep up.   How do you envision a just and equitable recovery from COVID-19?  How can your organization’s work be part of the solution? We do that by giving our input in policies and working with the communities.  We look at new development projects and the concept of development being pushed by the government.   How does your work on waste relate to social justice? 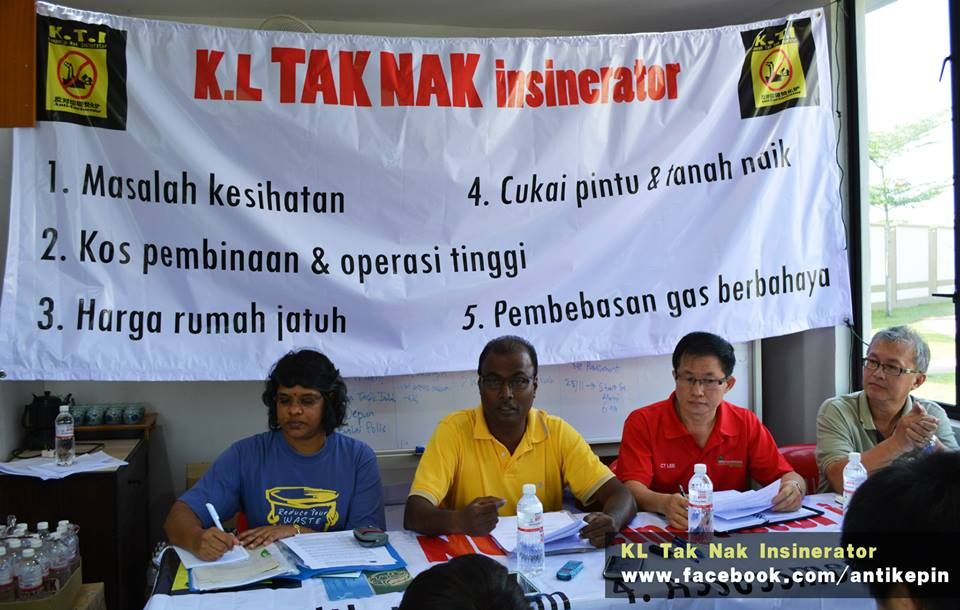 We make sure environmental and social justice is always observed.  We work on genuine development for the people, ensuring that the development being offered is equitable and fair.   We have been fighting incinerators all these years.  One mega-incinerator proposal in Puchong, Kuala Lumpur was moved to a more remote, rural area in Broga thinking people there will not speak up and fight.  But we work with communities and we bring in experts to help us fight incinerators like the case of the Broga incinerator. We have stopped several incinerator projects, but the government keeps promoting it. 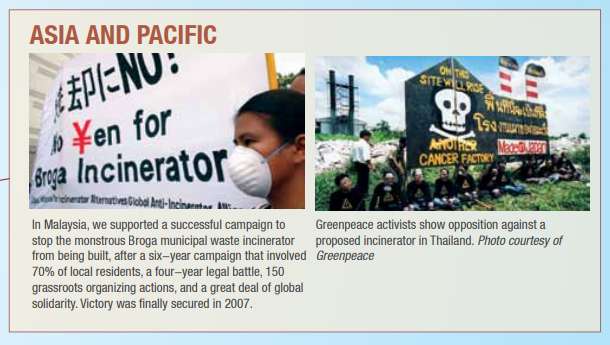