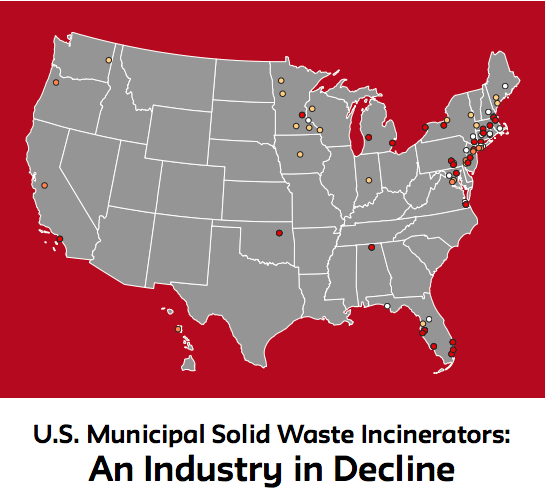 A new report by the Tishman Environment and Design Center at the New School is the first to uncover that among the 73 incinerators that remain in the U.S., approximately 8 out of 10 are located in environmental justice communities, populations that are already overburdened by pollution from other industrial sources, causing cumulative impacts that regulators fail to take into account when setting emissions regulations. Approximately 4.4 million people across the U.S. are exposed to pollution from incinerators.

In a comprehensive study of the industry in the U.S. from its rise in the 1980’s to today, the report paints a picture of an aging, costly, and polluting industry that is under increasing pressure from both economic, regulatory forces and community action. Their business model counts on lax regulations and enforcement, shifting the economic and human health burdens onto taxpayers, leaching off of renewable energy subsidies, and furthering environmental racism.

However, thanks to community activism, tougher legislation, and increasing awareness of the dangers of incineration and the opportunities for cities to reduce waste, the conditions that have propped up the failing industry for so long are finally changing. As these incinerators get closer to the end of their lifespans, and their contracts with cities are set to expire, cities now have an opportunity to break loose from these dinosaur facilities and transition to a sustainable future that focuses on reducing waste, instead of burning it.