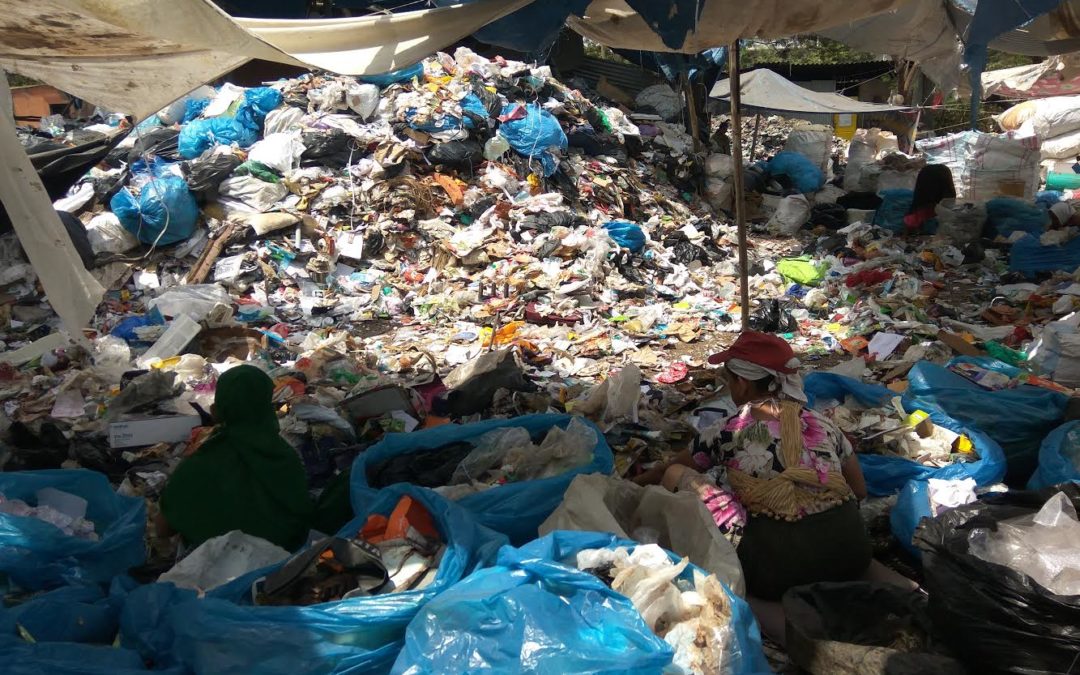 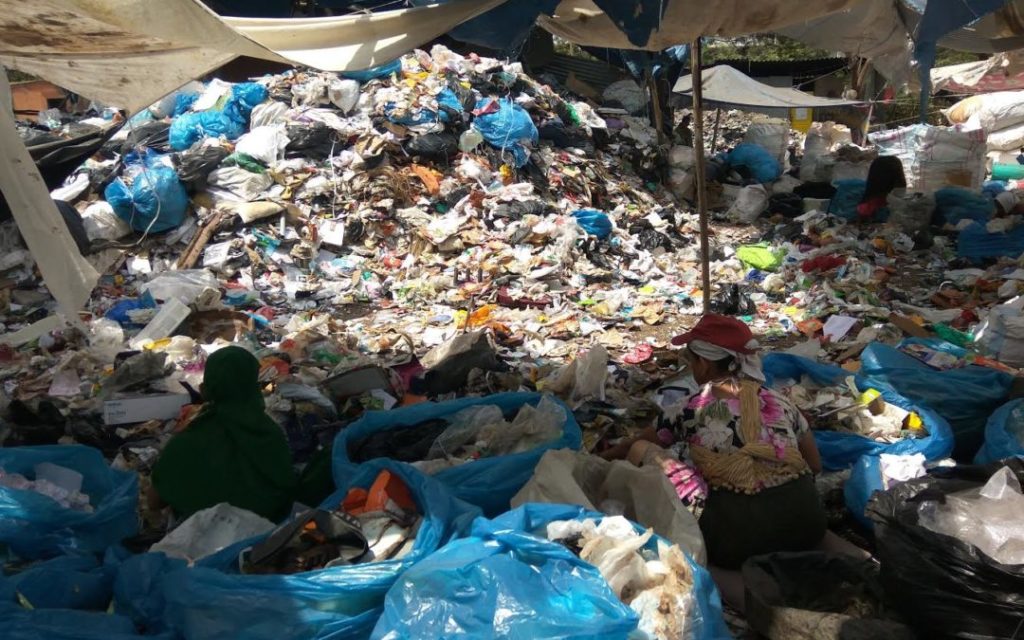 Maharashtra’s plastic ban can be seen as a step closer to Indian Prime Minister Narendra Modi’s pledge to end the use of single-use plastic by 2022- a timely announcement as India hosted this year’s World Environment Day. Maharashtra is not the first Indian state to come up with a plastic ban ruling, but it is certainly the first state to set forth a broad action plan and strong punitive measures against plastic.

The state had announced a ban on manufacture, use, sale, distribution and storage of plastic materials such as one-time-use bags, spoons, plates, PET, and PETE bottles and styrofoam items on March 23, 2018. The announcement came without a clear roll-out plan and received backlash from both the public and plastic lobbying groups. As a result, the  government decided to give three months’ time, until June 23, to dispose of the existing stocks and to prepare for implementation. The plastic ban notification indicates that violators will be fined over 70 USD and 145 USD for first and second-time offenses respectively. A third-time offender will have to shell out over 350 USD and may also face imprisonment for three months.

While the Maharashtra State Government’s move to ban single-use plastic is applauded nationally and internationally, the poor record of the plastic ban implementation in the country, along with the several exemptions, raises several concerns about its rigour and seriousness in addressing the plastic problem effectively.

Case in point:  India’s commitment to phase out non-recyclable multi-layered plastics by 2018 through the Plastic Waste Management Rules 2016 was reversed a mere 20 days prior to its end of the implementation period. The original Plastic Waste Management Rules 2016 were hailed as a bold step in the right direction, however they were amended to say that only non-recyclable plastic that is non-energy recoverable or without any alternate use is to be phased out in two years. This gave plastic producers a scope to argue that their products can be put to some other use, if not recycled and also created opportunities for incinerator industries disguised under “waste to energy”, to burn ‘energy-recoverable’ single-use multi-layered plastic for its higher calorific value characteristics. This rendered the phase-out pointless and now effectively allows manufacturers of multilayered single-use plastics and plastic bags to continue with business as usual.

Soon after the release of Maharashtra Plastic Ban notification in March, PET bottle and styrofoam manufacturers and retailer associations opposed the ruling in the state’s High Court. They felt the ban was arbitrary, bad in law, and violated their fundamental right to livelihood.  Giving in to the industry pressure, the state modified the rules, and made allowances for PET bottles for water and beverages of all capacities, which had been earlier restricted to bottles under 500 ml. Now, the Packaged Drinking Water Manufacturers’ Association (PDWMA) and The Federation of Retail Traders plan to file another appeal in the High Court, seeking permission to use plastic packaging for retail. PDWMA claims that packaging plastics should be exempt from the ban as they use transparent plastics which are “not hazardous for the environment”.

In a surprise inspection carried out by Mumbai’s “anti-plastic squad” global food companies such as McDonald, Starbucks, and Burger King, among other food chains, were found to be in contravention of the plastic ban in the state and were fined over 70 USD as first-time offenders. Meanwhile, McDonald’s joined restaurant associations in the region in asking for exemptions from the ban for delivery and takeaway orders.

Joining the list of plastic-ban-diluters, are the bigger multinational giants – Amazon, H&M, PepsiCo and Coca-Cola -who heavily rely on plastic for products packaging and delivery system.

In 2015, plastic packaging accounted for 36% of the plastic waste generated globally. As the production of plastic is largely reliant on fossil hydrocarbons, which are non-renewable resources, if the growth in plastic production continues at the current rate, by 2050 the plastic industry may account for 20% of the world’s total oil consumption.

At a time when the world is looking to move away from oil as fuel and towards renewable energy sources, the petrochem industry on the other hand is moving its capacity to plastic production.

Rather than stepping up and showing real accountability for the plastic mess already perpetuated by them, industries’ attempt to maintain the status quo by demanding dilution of plastic ban is rather appalling and says a lot about their apathy, business ethics, and commitment to address plastic problem.

To help shine a light on the role of corporates and businesses in spawning the plastic crisis, the Global Alliance for Incinerator Alternatives (GAIA)  conducted a robust India Waste and Brand Audit under the banner of the Break Free From Plastic global movement. The brand audit was a unique and powerful tool which uses public participation to demonstrate the evidence of plastic pollution.

Results showed that both local and international FMCG brands are responsible for the plastic waste in the country. India’s topmost FMCG companies- Parle, Britannia, Amul, ITC, emerged as the top waste generators amongst the national brands where as PepsiCo India topped the multinational list, followed by Perfetti van Melle and Hindustan Unilever, as second and third, respectively. Other multinational brands in the top 10 list are Coca-Cola, Mondelez, Nestle, Procter & Gamble, McDonald’s, and Ferrero SpA. Multi-layer packaging, which is non-recyclable, accounted for  48% of waste followed by 22% of single-layer packaging, 15% of PET and 12% of hard plastic.

The Plastic Bags Manufacturers Association of India estimates that India’s plastic industry could lose over $2.2 billion and 300,000 jobs as a result of the Maharashtra State Government ban. While loss of livelihood is a real concern, it is often used as a tool to avoid responsibility by the plastic industry, especially the manufacturers and the leading FMCG companies who enjoy the maximum benefit from the plastic production and recycling. Yet not much of that profit trickles down to those on the front lines of recycling–especially women wastepickers and other informal recycling workers who pick up, clean, sort, and segregate recyclable waste to sell it further up the value chain. 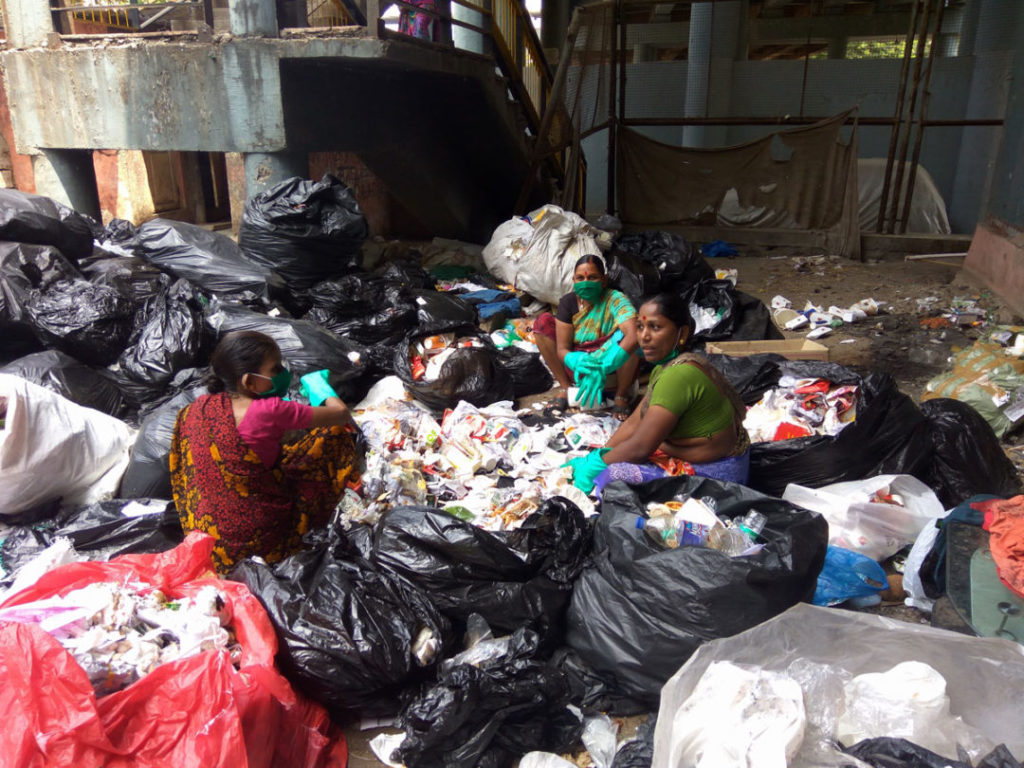 As in the case of most developing countries with a robust informal recycling sector, the true cost of India’s recycling operations has never been determined. The cost is often externalized to the environment and to workers by compromising their health, safety, and statutory entitlements. If manufacturers were to face the true costs of their plastic production and recycling operations, such as the costs of handling, disposing, or treating the post-consumer waste generated, as well as the environmental and health impacts of workers, a more realistic assessment of the true cost of recycling would emerge. Unmasking these costs and pinning them back onto manufacturers and consumers will not only shift the economic burden of managing products from local government and taxpayers to product manufacturers and consumers, but it will also call out for innovations in materials science and product redesign that maximizes reuse, repurposing, and recycling. It will also spur the much-needed investment in improving recycling standards and will rally for a fundamental shift in our throwaway culture.

Many countries have successfully adopted environmental protection strategy such as Extended Producer Responsibility (EPR) in order to design waste out of products. EPR, based on the “polluter pays” principle, entails making manufacturers responsible for the entire lifecycle of the products and packaging that they produce. These instruments range from product take-back schemes, ‘pay-as-you-throw’ fees, advance disposal fees, deposit-refund schemes and recycling and composting incentives. However cities need to be cautious about bad EPR practices which are being pushed to integrate take back schemes to fuel waste in incinerators, cement co-processing facilities and other false climate solutions.

While Maharashtra’s single-use plastic ban is a step in the right direction, it will take a lot more than just a ban to fix the problem. The cases of many Indian states and other 60 countries where bans have been introduced indicate that mere plastic bans will not work. A radical shift in our plastic-waste reduction strategy is required which strongly holds the plastic ban, industry accountability, and public education  together and ensures there is a just transition pathway from a linear extractive economy to that of circular economy.

As for India, the government should revoke the recent amendment to the Plastic Waste Management Rules 2016 and reinstate the phasing out of multilayer packaging as the very first step. Only when the government is resolute in its commitment to protect public and environmental health and not swayed by industry pressure will it be able to make India single-use plastic-free by 2022.