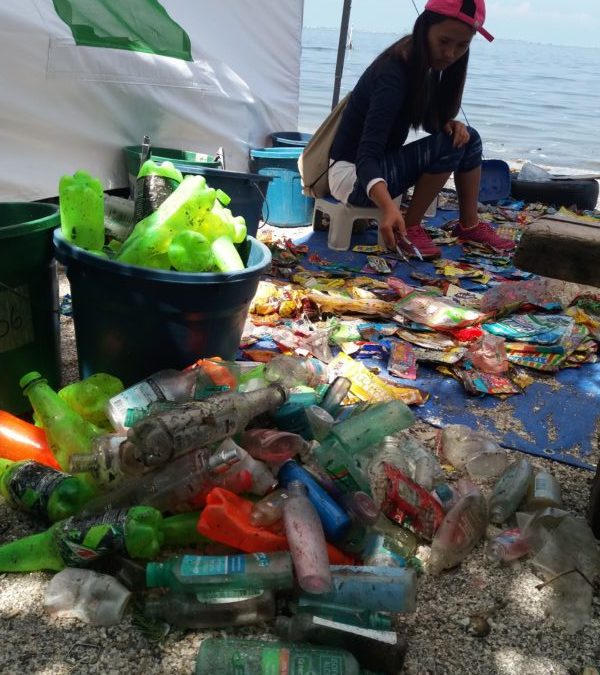 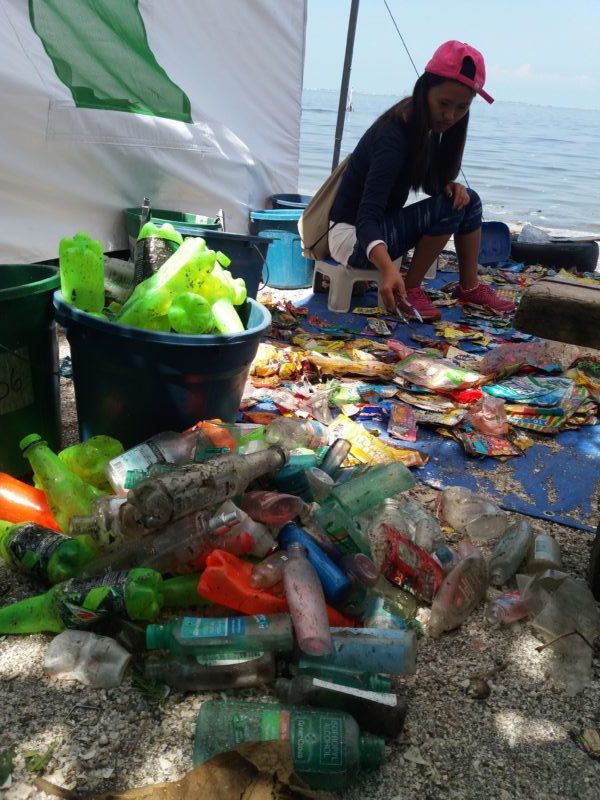 Recyclables, such as pet bottles, were among the trash recovered during the cleanup in Freedom Island. If segregation and recycling were done at source, these materials would not have found their way into the bay.

Green groups involved in an eight-day cleanup and waste and brand audit in the Philippines warned the top offending brands—mostly multinationals—against pushing incineration as a solution.

The warning came after one of the top offenders revealed that they view incineration as a solution to the waste crisis.

The groups said the companies should instead take responsibility for the waste they are generating by coming up with alternative systems that will benefit not just the company but the public’s health and the environment as well.

“It is already bad enough that these companies are pushing products and packaging that are polluting our oceans and waterways. It’s even worse that they and government officials tasked with protecting our natural resources and safeguarding public health are promoting wrong solutions to the waste crisis, particularly, incineration technologies,” said Anne Larracas, managing director for Asia Pacific of the Global Alliance for Incinerator Alternatives (GAIA).

The Philippines is the first and thus far the only country in the world with a national ban on incineration, following the passage of two landmark laws nearly 20 years ago: the Philippine Clean Air Act of 1999 and the Ecological Solid Waste Management Act of 2000. Unfortunately, the ban is currently under threat as a bill in congress seeking to repeal the ban is currently being heard.

“Incineration is not a short-term or long-term solution. You can’t solve this problem by building multi-million dollar facilities to be subsidized by public funds, that will just transform solid waste into another toxic pollution problem. Doing so will just create more problems,” Larracas added.

The groups are pushing for the strict implementation of the Ecological Solid Waste Management law which reinforces the ban on incineration, decentralizes waste management from the city to the barangay (village), requires waste separation at source,  and door-to-door collection, and the creation of materials recovery facility in every barangay for composting and storage of residuals and recyclables.

“The reason we have a waste crisis is because many cities and barangays are not implementing the law,”  said Sonia Mendoza, Chairman of Mother Earth Foundation (MEF). 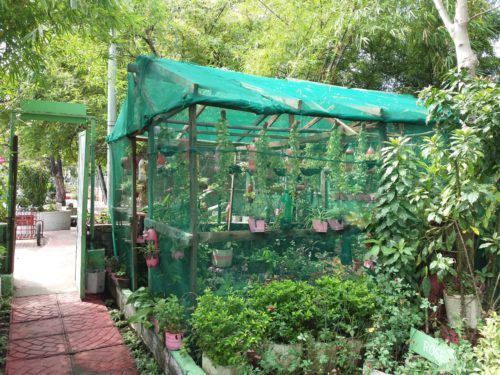 This is how a materials recovery facility in communities in the Philippines that strictly implement the country’s Ecological Solid Waste Management law looks like: clean and green.

MEF has been tirelessly working with communities and cities in the proper implementation of the solid waste law. Since 2016, the group has been working with other Asian countries in implementing Zero Waste.

“In cities and communities that strictly implement the law, compliance can be as high as 96%, resulting in waste diversion from landfills by more than 80 percent,” Mendoza said. “This shows that when cities own the responsibility to properly implement a waste program, people comply.”

From September 11 to 20, hundreds of volunteers collected and counted more than 50,000 pieces of plastic waste in Freedom Island, Manila. Six of the top 10 offending brands are multinationals. Nestle led the tally with over 9,000 various Nestle products counted, followed by Unilever and Indonesian brand PT Torabika. Also among the top 10 are Procter & Gamble, Monde Nissin, and Colgate-Palmolive.

Froilan Grate, GAIA’s regional coordinator for Asia Pacific, pointed out that the results are consistent with the results of the waste and brand audits that GAIA and MEF have been conducting in other cities in the Philippines and other countries. “The companies that pollute our seas are the very same companies that have burdened communities with waste that can neither be composted nor recycled,” he said.

“We are calling on companies to use materials in their products and packaging that can be truly recovered, reused and recycled, and to invest in alternative delivery systems that will deliver their products to the public without the need for low-value, disposable packaging. Companies conveniently blame the public, their consumers, for plastic pollution, when their products are almost impossible to manage. Companies are only too happy to pass on to cities and the public the responsibility of addressing the waste that their products create,” he added.

The cleanup was co-organized by Greenpeace, GAIA, Ecowaste Coalition, Health Care Without Harm, and Mother Earth Foundation—all members of the the global movement #breakfreefromplastic—in partnership with several wastepicker and grassroots organizations.