Across the United States, all but one of the 73 waste incinerators are reaching the end of their lifespans, and have plagued communities for decades with harmful air emissions, accidents, and other health and safety-related concerns. As their contracts with these aging incinerators expire in the next few years, cities have a choice to make: they can choose to bind themselves to a new generation of incinerators that will cost millions and continue to pollute our most vulnerable communities, or they can make a just transition to a sustainable system that improves public health and saves money. Communities most impacted by these facilities are taking the lead to create livable communities that manage waste effectively for the health of generations to come.

Incinerators are one of the most toxic, expensive, dangerous, and climate-polluting energy industries in the U.S. Here are just a few reasons why we need to transition away from them:

The people who are least responsible for the waste crisis–lower income communities and communities of color–are forced to pay the highest price. Approximately 8 out of 10 incinerators in the U.S. are sited in environmental justice communities. Air pollutants contribute to and exacerbate cumulative impacts that exist in these communities where the population is already overburdened.

Bad For The Climate

Incinerators emit 68% more greenhouse gases per unit of energy than coal plants. Despite being a major contributor to climate change, the incinerator industry relies on renewable energy credits to stay afloat, taking public money away from real renewables. New research shows that incinerators are the worst disposal method for plastic: burning a metric ton of plastic in an incinerator results in almost one ton of CO2 emissions, even with factoring in energy production from the process.

Incinerators are known to emit such pollutants as carbon monoxide, dioxin and furans, mercury, lead, particulate matter, sulfur dioxide and nitrous oxide. Many of these pollutants– even in trace amounts– can significantly impact human health. ECHO data for the 73 remaining incinerators in the US reveals that an estimated 21 incinerators received 126 “Federally Reportable Violations” under the Clean Air Act between 2016 – 2019. Approximately 4.4 million Americans live within a 3-mile radius of an incinerator.

Burning trash is one of the most expensive forms of energy generation in the U.S., 2x that of nuclear, and 2x that of solar and 3x the cost of wind. The companies that run these incinerators get millions in tax dollars. In turn the taxes that residents pay go toward poisoning the communities where they live, work and raise their families. Cities who have invested in incinerators have lost millions, and some have even declared bankruptcy in part because of incinerator debt.

Incinerator facilities require high volumes and constant flows of waste to remain profitable, undermining waste reduction strategies. Some cities have been sued by their incinerator for not providing enough waste to burn, essentially for not being wasteful enough!  Cities and residents are ready to reduce waste and create more green jobs through zero waste systems. Incinerators are only getting in the way.

In our collective vision of a just transition, communities move away from the current extractive economy toward a regenerative economy that creates clean, green jobs, fair wages, and safe equitable workplaces. Workers who may lose jobs when toxic incinerators or other polluting industries are shut down will be retrained in new family-supporting jobs created by the zero waste economy. To build toward this vision, communities are working to shut down incinerators or else prevent new ones from being built, while promoting the adoption of zero waste policies that will replace toxic, harmful waste management practices. GAIA supports communities to educate the public about incinerators’ true climate, environmental, and economic impacts and lift up the benefits of zero waste. We support community-led organizing because we believe only work that is grounded in the needs and realities of impacted communities will be successful about real and lasting change. 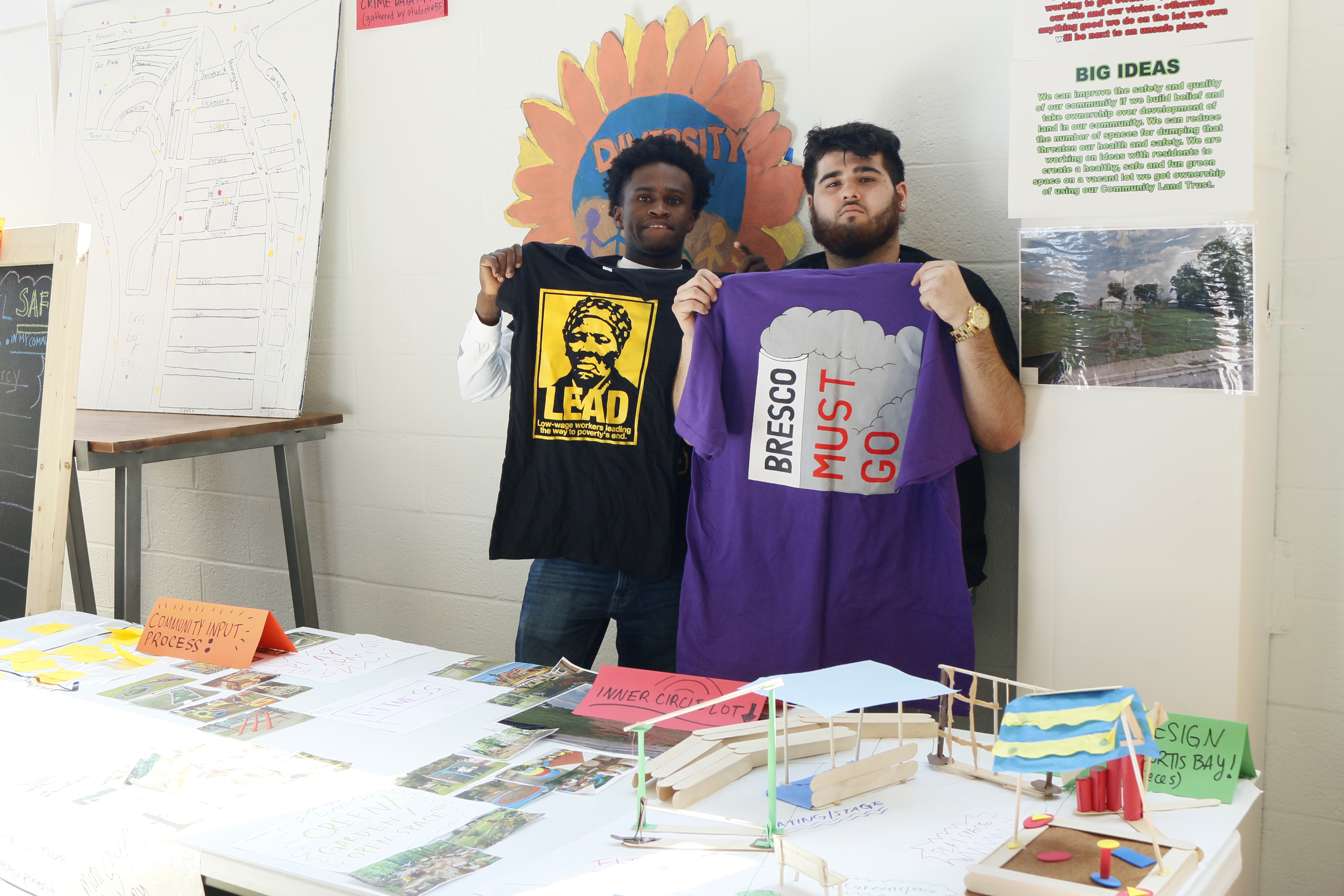 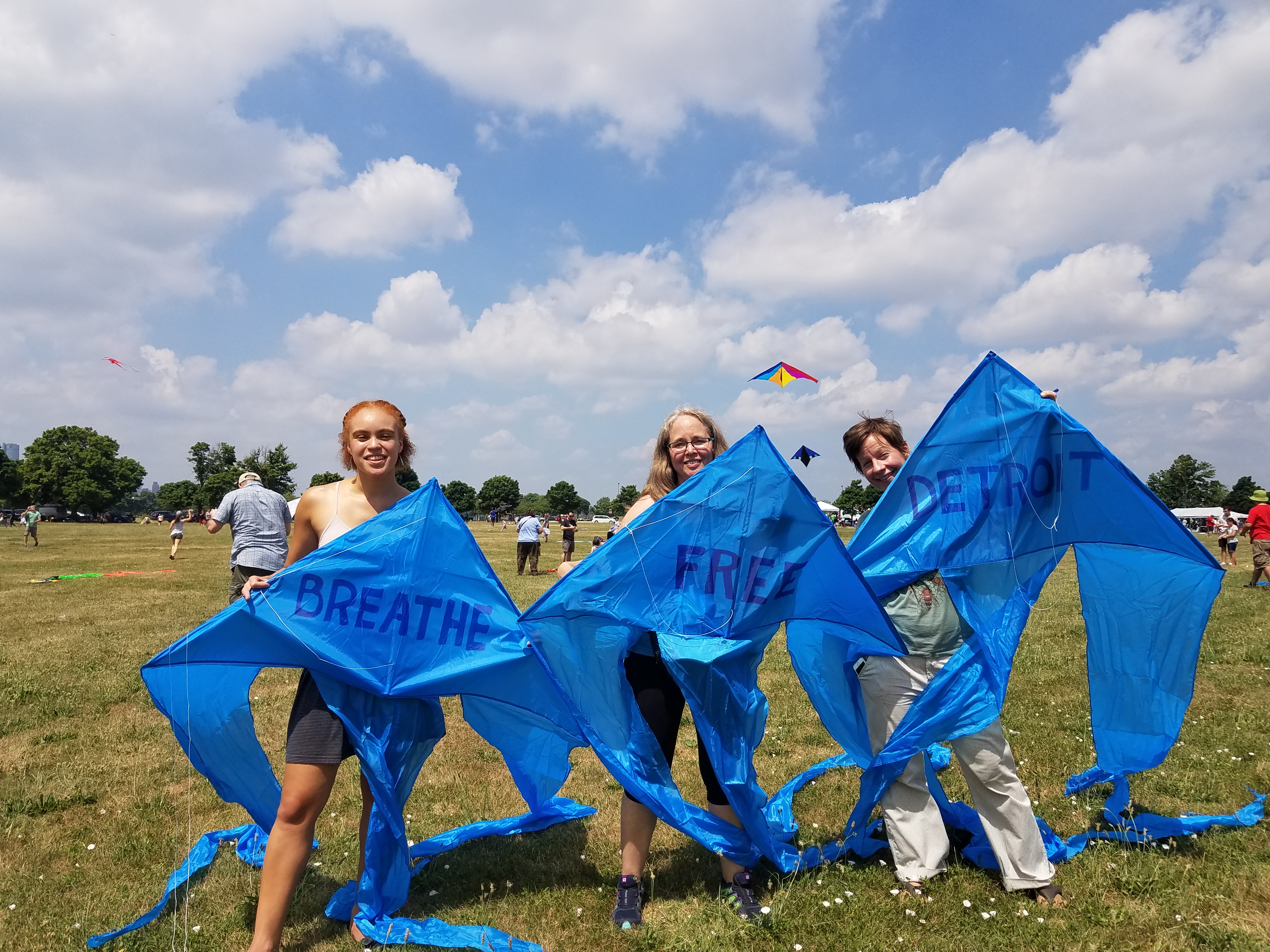 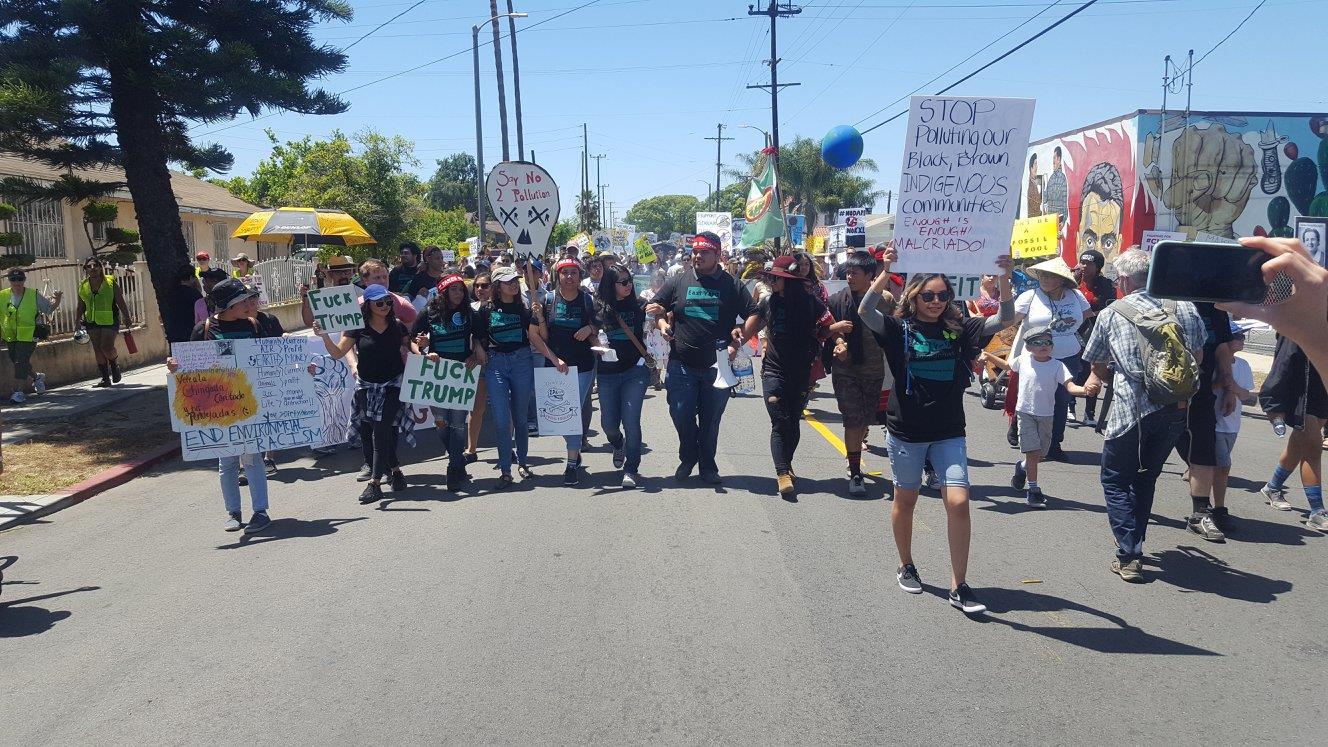 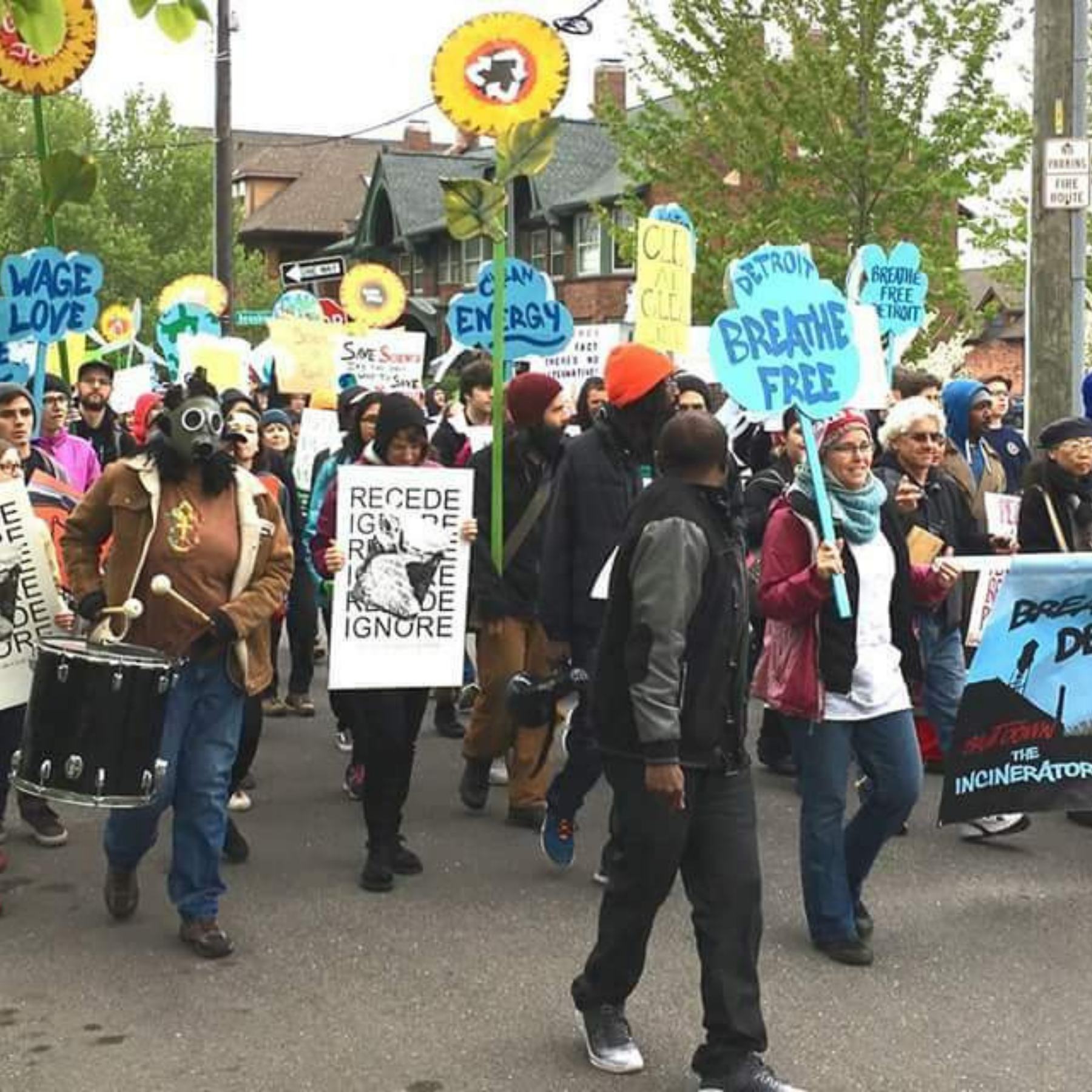 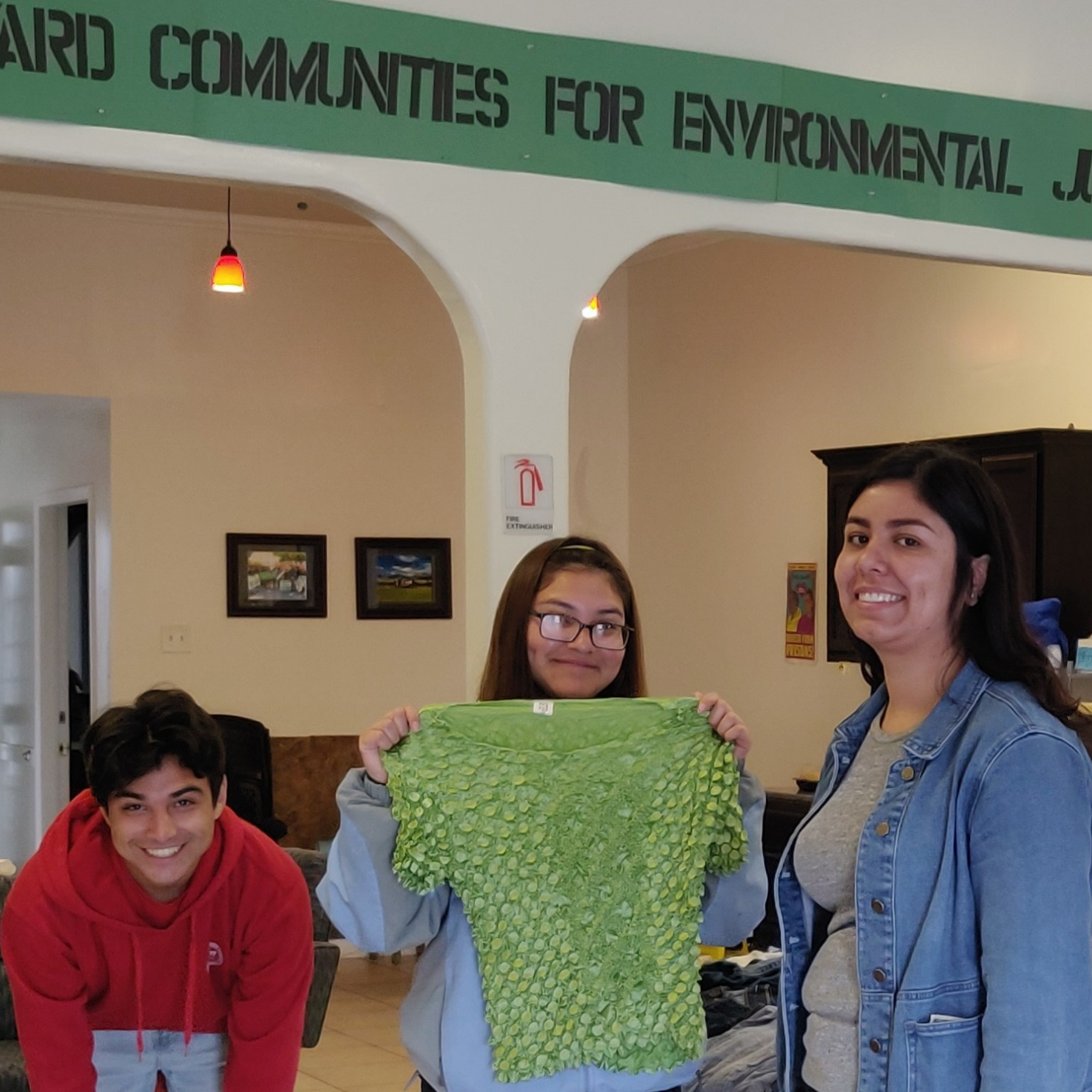 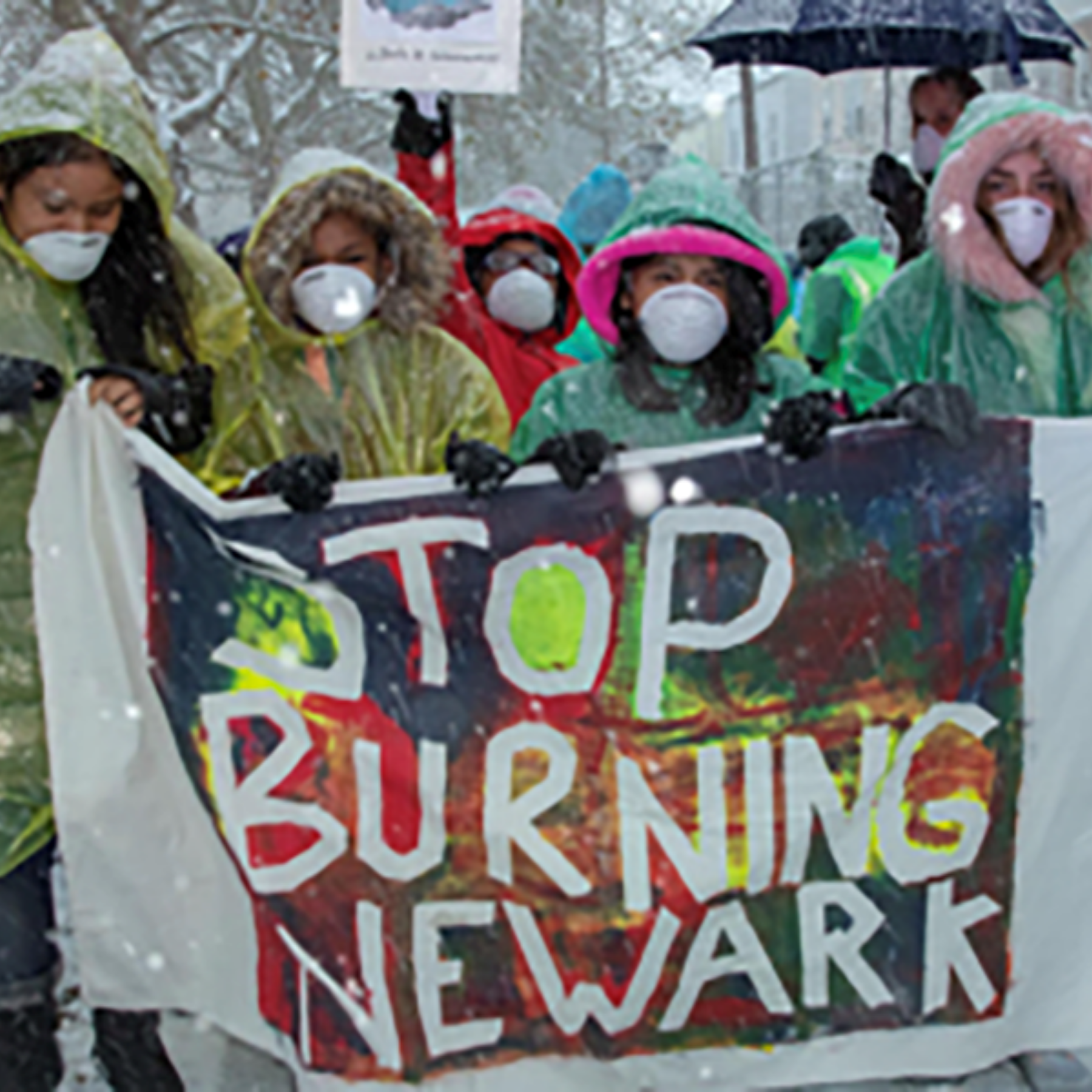 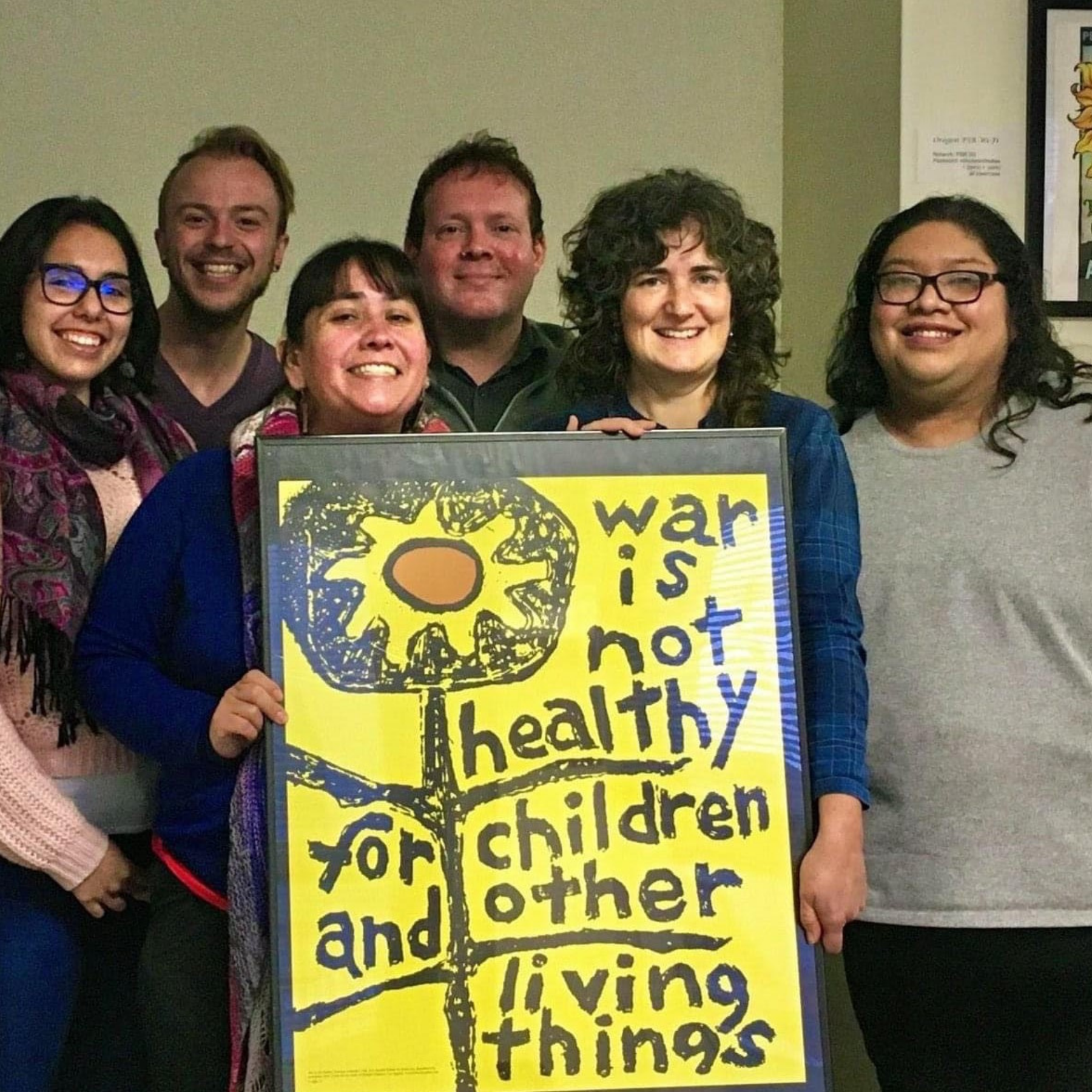 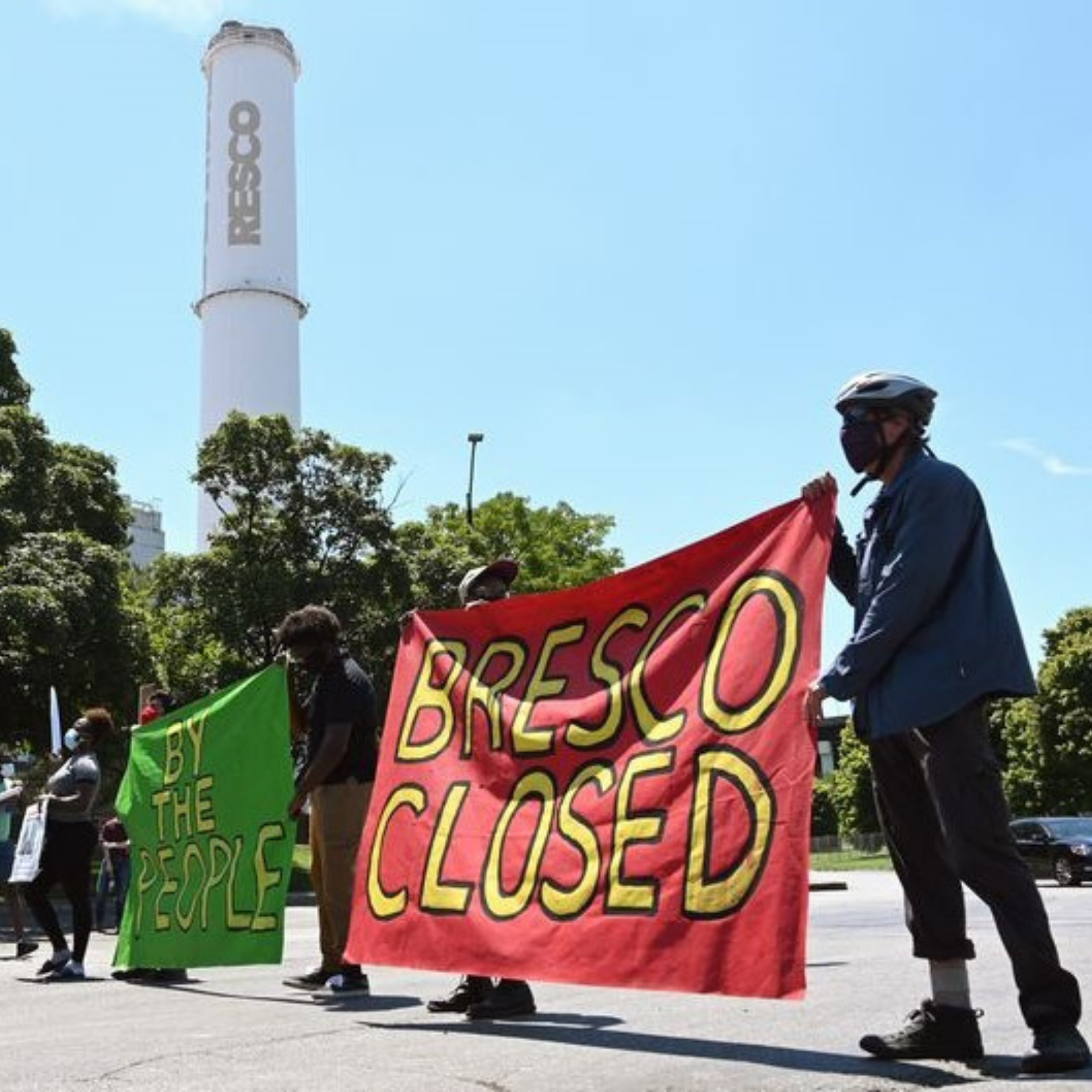 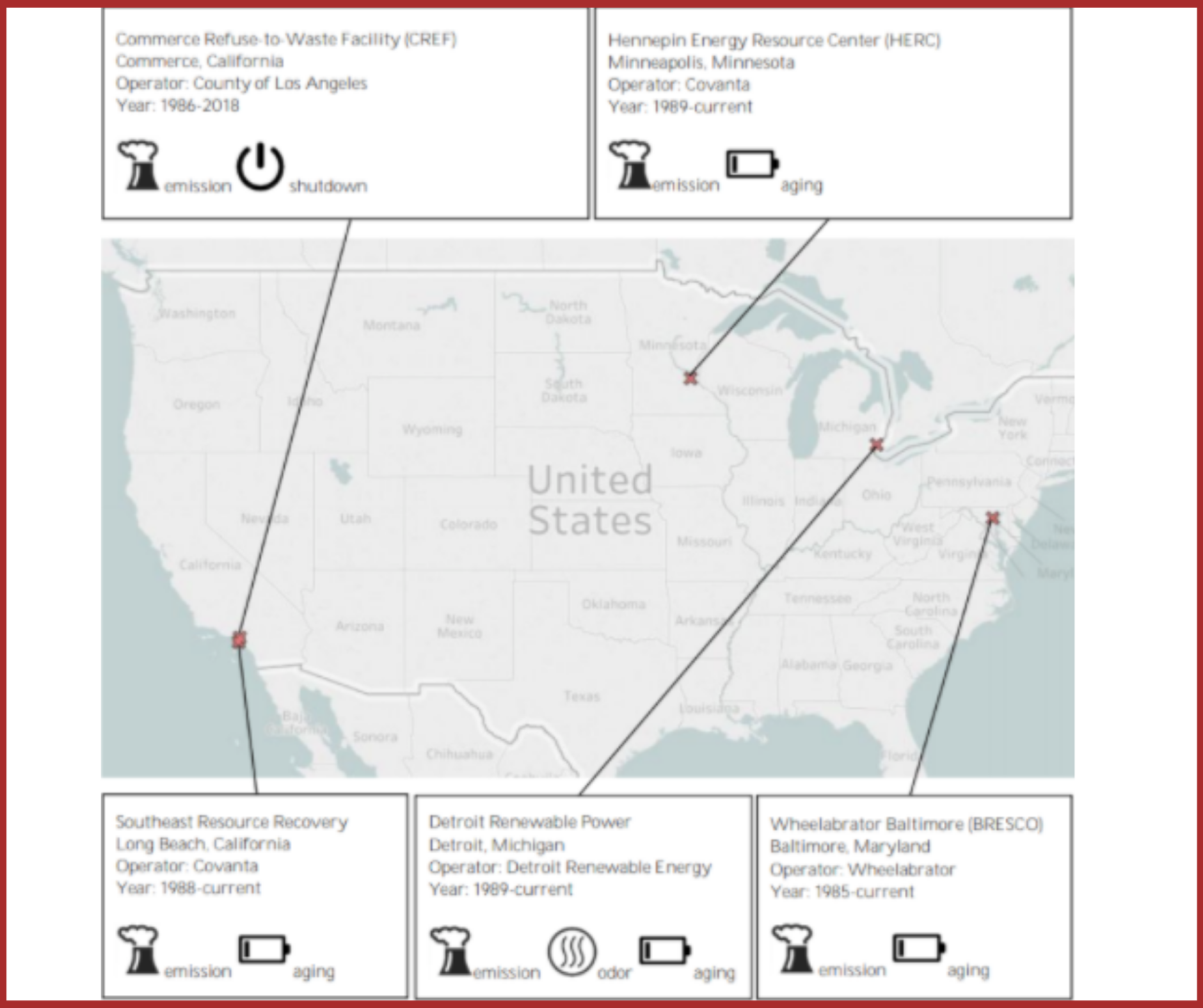 This factsheet highlights failures that aging incinerators have been facing in recent years and how communities have raised their voices against these facilities through strong organizing, with a focus on environmental justice. Pointing out the need to phase out incineration, the factsheet also presents zero waste alternatives with strategies and policy tools along with existing toolkits and case studies. 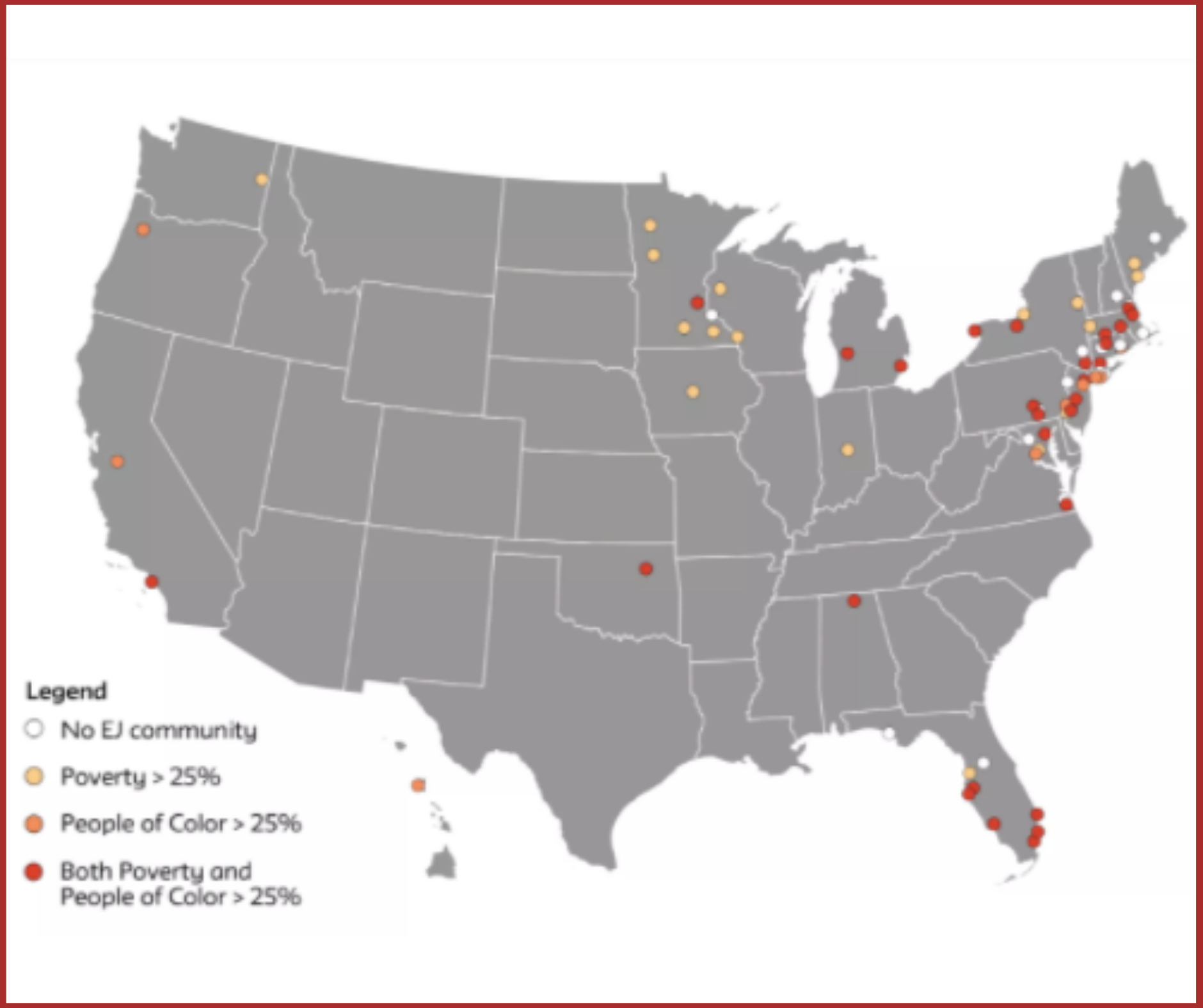 In a comprehensive study of the industry in the U.S. from its rise in the 1980’s to today, a new report by the Tishman Environment and Design Center at the New School paints a picture of an aging, costly, and polluting industry that is under increasing pressure from both economic and regulatory forces, as well as community action. A key finding from the study is that approximately 8 out of 10 incinerators in the U.S. are located in lower income communities and communities of color.

Revealed: 1.6 Million Americans Live Near The Most Polluting Incinerators in the U.S. • The Guardian America’s Most Polluting Incinerators Disproportionately Affect Low-Income Neighborhoods and Communities of Color • Pacific Standard Magazine Trash-Burning Power Plants Wind Up in our Most Marginalized Communities, Report Finds • Earther/Gizmodo Majority of U.S. Incinerators Located in Marginalized Communities, Report Reveals • Waste Dive Incinerators in Camden, Chester are Among the Nation’s Most Polluting, Report Finds • WHYY Editorial: Report shows we need more air quality monitoring • The Post-Star Report: 2 Trash-burning Plants Among Highest Mercury Emitters • Newsday Long Beach is One of 2 Cities in California That Still Burns Trash. Will the Future be Greener? • Long Beach Post BLOG: The Age of Incinerators in the U.S. is Ending • GAIA PRESS RELEASE: 4.4 Million People in the U.S. are Exposed to Pollution from Waste Incinerators • Tishman Center BLOG: We Can’t Burn Away our Plastic Problem • GAIA PRESS RELEASE: Victory for Health of LA Residents: Dinosaur Incinerator in Commerce Goes Extinct • GAIA Clean Air Activists Target Waste Incinerators In Detroit and Baltimore • Waste 360 Why Communities Across America Are Pushing To Close Waste Incinerators • Pacific Standard Mag Baltimore’s Burning Question: What To Do With Its Trash Incinerator • WBUR