Corporations Told: Own Up to Global Plastic Crisis 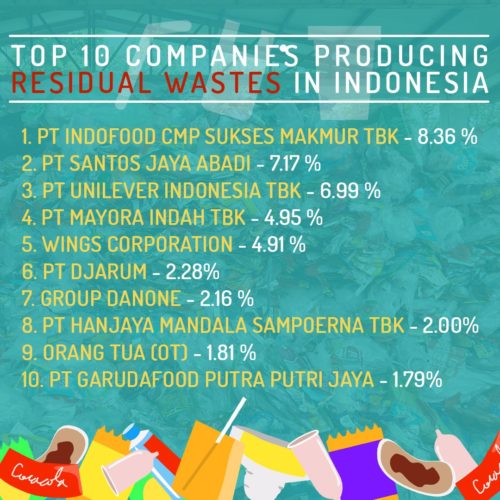 BANDUNG, Indonesia (March 8, 2018) — Companies producing and earning from their problematic products should take on the responsibility for the global plastic pollution. 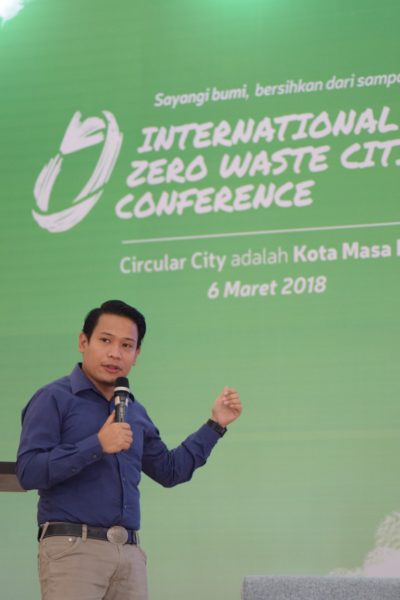 “It’s unfair for companies, who earn billions of dollars annually, to pass the burden and responsibility of managing the waste that their products create when cities and communities with limited resources are burdened by it,” stressed Froilan Grate, regional coordinator of the Global Alliance for Incinerator Alternatives (GAIA) Asia Pacific during the opening of the International Zero Waste Cities Conference held in Bandung, Indonesia, March 5-7.

“Cities are already struggling to fund waste collection systems, and they are still left to address waste that communities can neither compost nor recycle,” he added.

In his presentation, Grate shared the results of waste and brand audits conducted in Philippine cities and communities in 2017 showing that multinationals—Nestle, Procter and Gamble, Colgate-Palmolive, Unilever, Coca Cola—are among the top 10 plastic polluters in the country.

This finding is consistent to the waste and brand audit conducted in 2017 by Philippines-based member organizations of the #breakfreefromplastic movement along the stretch of Freedom Island which showed the same companies in the top 10.

“The net income in 2016 of the top six multinational corporations polluting the Philippines is $27 billion. As they rake in money for these problematic products, they are also making cities spend scarce resources to collect and manage
this waste,” he said, citing the example of 17 Metro Manila cities spending $87 million in 2012, an amount he said is better used to provide basic social services to the poor.

Grate likewise challenged the representative of the Indonesian brand, Danone, who was on stage as Grate made his presentation, to do more to get their company off the list of top 10 local brands that are polluting Indonesia.”While recycling should be pursued and recognized, we can never recycle our way out of the plastic problem. Companies must reduce the amount of plastic that they use and eliminate problematic products and packaging,” he stressed. 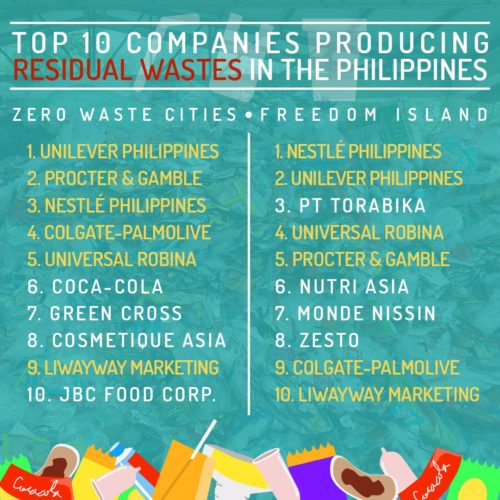 He also called on the government officials present to help them in demanding responsibility from these companies. “We hope cities would step up and be our partners in calling on these companies to take  responsibility for the products that they sell and the waste they create. They cannot pass the work of managing waste that you can neither compost nor recycle. So please join us as we call everyone to break free from plastic because that will all help us go for Zero Waste,” he said.

The International Zero Waste Cities Conference aims to be a learning, sharing, and collaborating venue to enable cities to pursue and accelerate the global transition to Zero Waste.

Organized by the Alliansi Zero Waste Indonesia and GAIA Asia Pacific, the conference was hosted by the cities of Cimahi, Soreang, and Bandung. It served as a venue for city and community leaders from Zero Waste cities  and municipalities in Indonesia, India, the Philippines, Malaysia, USA, and Europe to showcase how their communities divert waste from going to landfills through at-source waste segregation, composting, and anaerobic digestion.

Sherma E. Benosa, Communications Officer
GAIA Asia Pacific
sherma@no-burn.org | +63 9178157570
NOTES:
1.    In Indonesia, brand audits were conducted in three cities currently implementing Zero Waste programs, namely Bandung City, Cimahi City, and Bandung Regency. From the audit, a total of 8,101 plastic waste items were collected. These plastic items are considered as residual or other waste. The samples were taken from an eight-day waste assessment and characterization study (WACS). In the Philippines, brand audits were conducted in the cities of Malabon, Quezon City, and Tacloban. The audits, which were done in 2017, were part of the WACS carried out as preparatory activities to the Zero Waste Programs implemented in the said cities.
2.    Results of the waste and brand audit conducted by the PH-based members orgs of the  BFFP movement can be accessed here: https://www.breakfreefromplastic.org/2017/12/17/green-groups-reveal-top-plastic-polluters-following-massive-beach-cleanup-on-freedom-island/