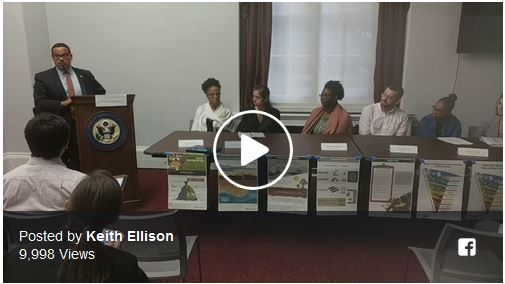 This act would award grants for municipal solid waste prevention, reuse, and recycling programs that:

• create jobs,
• spur the growth of domestic manufacturing,
• reduce greenhouse gas emissions, landfill and incineration pollution,
• clean up our waterways and protect the health of our communities,
• save energy,
• save money for businesses and communities, and
• grow the economy.

On average, it is estimated that recycling creates ten times more jobs than sending waste to landfills or incinerators. GAIA’s 2013 report found that 2,347,000 total direct jobs would be generated with a 75% diversion rate for municipal solid waste (MSW) and construction and demolition debris (C&D) by 2030. Diverting waste also protects communities from the health hazards associated with landfills and incinerations, such as toxic gases, pests, and air and water pollution. Diverting waste means keeping more trash out of our oceans, great lakes, and other waters, which are important sources of food, and drinking water for our communities.

We applaud Congressman Ellison in taking this important step to use his national platform to highlight the importance of zero waste as a solution, and the need for increased funding to support cities in moving toward zero waste.  This is an opportunity to amplify the important zero waste work happening throughout the country.

TAKE ACTION to support the Zero Waste Act! Send a letter to your congressman to co-sponsor the bill.