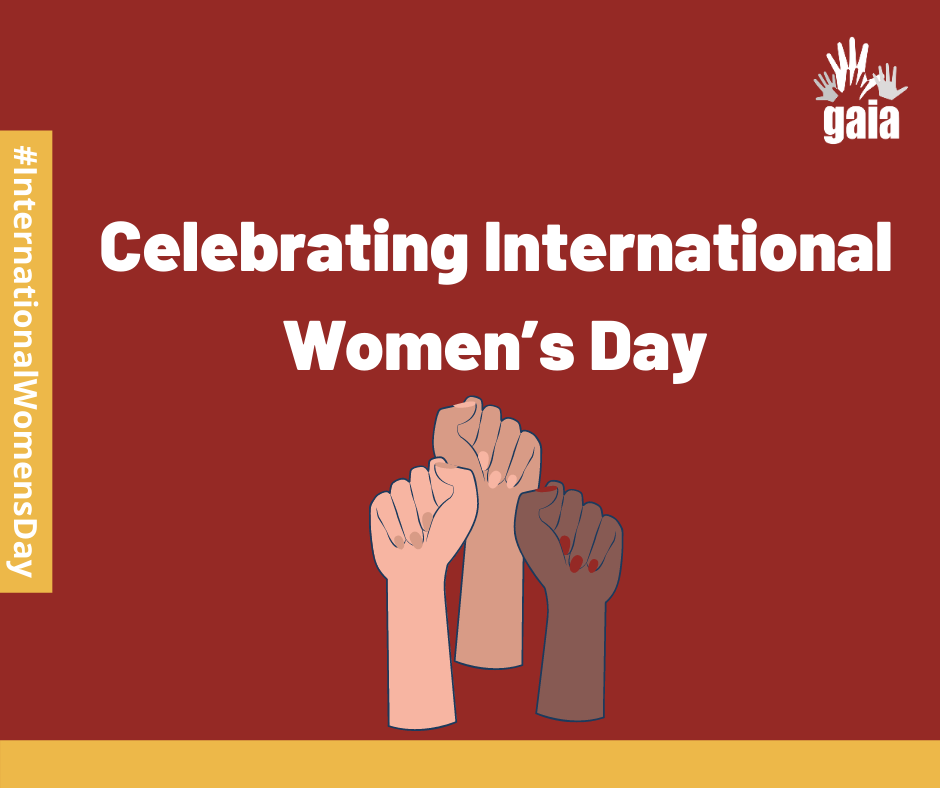 Across the African continent, women encounter similar obstacles, despite their different walks of life. Themes of unequal opportunities for women within educational and professional spaces; the exclusion of women in decision making positions; discriminatory stereotypes on the subservient role of women; as well as the unjust marginalisation of women based on their race, religion and class are some of the common experiences women share across borders.

Women have shown resilience in the face of these unfair societal practices, and empowered themselves to take up roles once predominantly male, debunk false stereotypes, and stood up to expose the sometimes detrimental injustices inflicted on women.

For female environmental activists, whose life work is dedicated to bringing about positive social and political change, on issues that impact the well-being of our people and planet, it is  quite clear how this intersects with the patriarchal society that exists. We asked some of the activists within our movement to share their views on what feminism means to them, here is what they had to say:

“It’s impractical to be a feminist and not be an environmental activist. There is growing evidence that gender inequality compounds the impact of climate risks for women, especially women who typically have reduced access to inclusive spaces, resources, education, financing, etc. Thus, it is impossible to solve the climate crisis without centering the peculiar challenges of women, and driving gender equality in climate action. To promote Climate Justice, we need to invest in research that supports gender mainstreaming and amplifies marginalised women’s leadership roles in policy design and environmental management.”

“Women in Africa are still subject to patriarchal and capitalist systems designed to keep women in their subservient roles, control women’s bodies,  extract women’s labour and that continuously undermine women’s subsistence economies dependent on the environment. Patriarchal and capitalist economies dominate and destroy the environment, and  displace women from the environment. With the accelerating impacts of the global climate crisis and of the COVID-19 pandemic, driven by the same are women, who are among the marginalised, bear the brunt.

Despite acknowledgement of gender inequalities and the impacts on women, the political space is still very patriarchal and violent and thus makes it challenging for women to table their agendas. African women should continue to build their agency and demand action and transformation of structures and systems that have disenfranchised women and the environment. Women should no longer sit in spaces that do not represent them or their needs. Let’s walk the talk!”

“When I think about the interconnection between women, I think about a Maasai chain in which every bit is fundamental to keep the whole healthy and functional. This year, International Women’s Day highlights the fact that each time a woman stands for herself, she stands for us all. With the environment it is exactly like that, every time that we stand for the environment, we stand for us all, women and men, animals and human beings. We are one, and the Maasai chain can only stay strong if every bit stands strong. As well as with the planet, it can only stay strong if we use the voice of feminism and activism to protect it and to allow it to live.”

“Feminism as an environmental activist is the same as feminism in a conventional sense, its fighting for equality and inclusivity for the oppressed and marginalised. Environmental activism as a woman is more challenging, because women encounter so many stereotypes and it is  up to us to right the wrongs of the past and change the narrative! Women are demanding to be included and are inciting change.”

“For women and men both, being an environmental activist in this capitalist world, where people and the environment are reduced to resources to be grabbed and to be profited from, is already difficult. But being a woman makes it harder still, at least in my context, as I have encountered many times in meetings and other events. I have to hear that the reason for me being an activist is because I do not have anything to do in my life, that I’m just a crazy woman, that instead I should be taking care of my husband, and much worse comments, that undermine my ideas, my ideals, my own struggles and my responsibility to this planet.

But as time went by and I carried on doing what I believe, as many other women from my generation did, we started gaining respect in a male dominated field and our voices started to be heard, and we slowly broke the walls of resistance for the future of environmental justice for all women in this world. We need to carry on raising our voice and never allow anyone to shut us up!”

“While traditional patriarchal challenges facing women in environmental activist roles are diminishing with greater gender awareness, the inclusion of feminism in day-to-day discussions, new female leadership and warm bodies in pivotal roles quickening gender transformation in the workplace, the prospects for women living in the coalface of environmental struggles remains largely unchanged. While funding criteria for climate change projects include gender criteria, it remains to be seen whether these will translate into real changes for women and girls impacted by the shortages of resources, disasters and crises ecological impacts will bring.

I agree with Emma Fulu of the Equality Institute when she says: “climate change is a gender issue”. The myriad of evidence-based reports show that climate change will weigh most heavily on women and girls, and so ecofeminism challenges and solutions need to be at the core of environmental and social transformation in the just transition and striving to achieve regenerative economies.”

“In our African society, people trust men more than women in the field of ecology, they believe that they have knowledge and power and more than women. At the level of fieldwork and professional travel, people often think that the preservation of the planet and the environmental question are not the first issue and the first occupation of women. Especially in our Moroccan society, cleaning the beaches or mobilising the general public to protect the planet remains an opportunity for men. Sometimes to participate as a girl in actions where there are only men is a shame and a “taboo”.

I overcome these stereotypes by explaining and raising awareness about the role of women in all areas. My dream is to see the future generation of women can have more freedom and equality and especially more environmental activists. Here in Morocco I fight to prepare young girls who can engage in ecology and the preservation of the planet and the ocean. Together, towards equality, freedom and female solidarity for a better future.”

“The environmental dimension is an integrated discipline since all items in the ecological system are working in a cycle. Whenever we mention an environmental issue , we have to stress all the items related to this issue and that climate change is one of the components that directly impact all biological and non-biological elements. Climate change is rapidly affecting the gender vulnerabilities like equality and equity in agriculture production. The health impact is elevated for vulnerable people, specifically women. Climate change is a result of different components but industry emissions and incineration of waste are the big part of it.

My hope for the next generation of women is that they are very aware about hazardous products that are being used and will return back to safe best practices and protect their families and their environment.”

“Feminism means being able to have an equal right in voicing environmental concerns and fighting for environmental protection, conservation and preservation.

“I consider myself a socialist ecofeminist. Meaning, capitalism and the patriarchy oppress both nature and marginalized groups such as women, ethnic minorities and disadvantaged populations. For example, Morocco exports water intensive crops (watermelon, citrus) leaving aquifers and wells depleted, rural populations with less access to water and making the traditionally female task of fetching water even more difficult. In this sense, capitalism exploits both nature and women.”

Join the conversation by visiting our Facebook & Instagram pages! And let us know what feminism means to you.