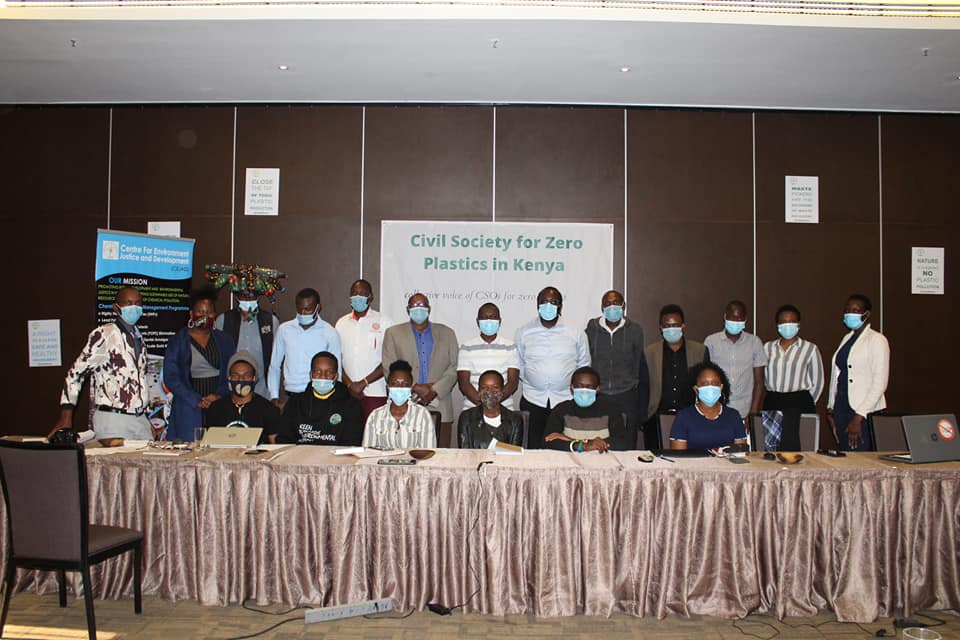 Plastic pollution has become one of the most pressing environmental challenges of this century. In response to this, the Centre for Environmental Justice and Development (CEJAD)  hosted various stakeholders in the waste management sector to form a unified stance on plastic pollution elimination.

Kenya is one of the leading countries in Africa in the implementation of plastic policies. Since 2017, the country banned the manufacture, sale and distribution of single-use plastic carrier bags. Furthermore, in June of 2020, Kenya introduced a law to ban single-use plastic in protected areas.

Griffins Ochieng, Programmes Coordinator for CEJAD said that since the 2017 law was introduced the country has faced many challenges in the implementation of the law including the illegal imports of plastic bags, poor enforcement of laws and lobbying against the ban on plastics by the industry.

“Kenya has been a leading force against plastic pollution in the Africa region. Therefore, the main aim of the meeting was on the creation of a platform for Civil Society Organisations (CSOs) to have a collective voice to advocate for zero plastic waste in Kenya to safeguard the interest and rights of the public against the spread of plastic and chemicals pollution,” said Griffins.

During the meeting, groups decided that they would form a coalition, where it would act as a watchdog and speak as a collective on the plastic industry, and plastic policies needed to protect the rights of the public. Producers, manufacturers and consumers, will be the targeted entities for advocacy work for the coalition. Moreover, it was decided that any faith-based organisations, community advocacy groups, youth initiatives, individuals advocating against plastic pollution, academia, NGOs, policy-makers, media, and grassroots representation such as waste pickers, could form the membership of the coalition.

Other ongoing waste management work that CEJAD has focused its efforts on, is the organisation and formalisation of waste pickers in four major cities in Kenya. With the intention to increase their collective action in advocating for their legitimate recognition and rights in the economy of waste management, including collection, recycling and safe disposal.