Multinational companies have been flooding the Philippines with plastic sachets, uprooting traditional packaging and delivery systems. It’s time to go back to what works. 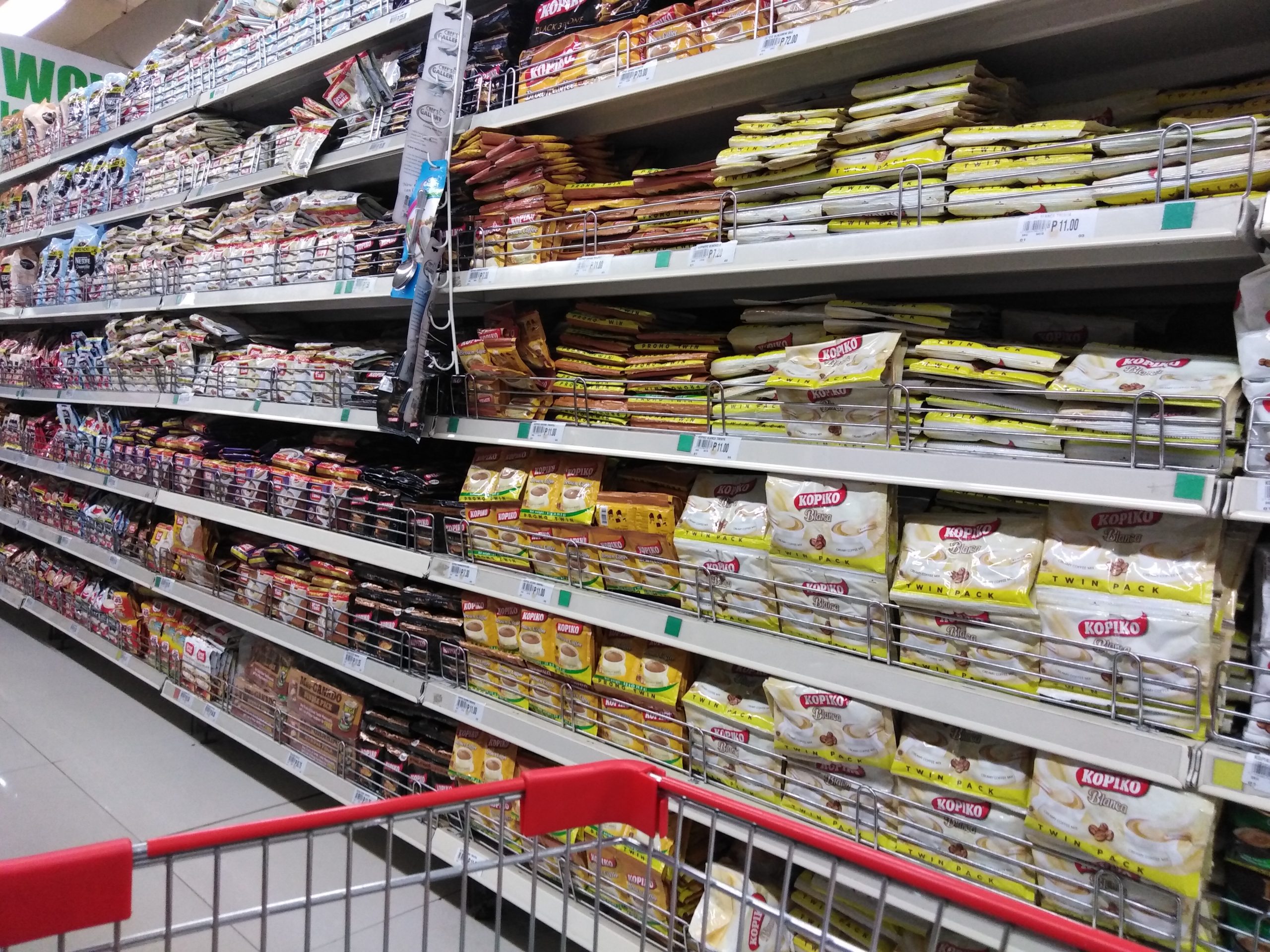 Glaiza Lee, a writer in her mid-30s, still remembers her family owning and managing a sari-sari store in their home in Caloocan City, Philippines during the early 1990s. Glaiza’s mother used to buy goods from the market in bulk—cooking oil by the gallon, bagoong (fish paste) by the gatang, vinegar by the liter, and salt and sugar by the kilo—which they would then resell in their store tingi-style. Tingi is simply retail, but in the context of sari-sari stores (neighborhood stores selling household essentials, usually food and personal care products), it is reselling items in much smaller quantities, usually enough for one-time use, depending on the item.  Sixty-five-year-old Mario Tejada, a retired government employee in Piddig, Ilocos Norte, also fondly recalls his family’s sari-sari store. The containers that the customers brought depended on the items they were buying. “If they wanted gas for their gasera (gas/kerosene lamp), they would bring the gasera itself and we’d pour the gas directly into it,” said Mario. “If they wanted a shot of alcoholic drink, they would bring their drinking glass and they’d drink from it immediately!”  Little did Mario or Glaiza’s family know that all this would change in a matter of a few years as the Philippines became flooded with the scourge of plastic sachets from multinational companies. 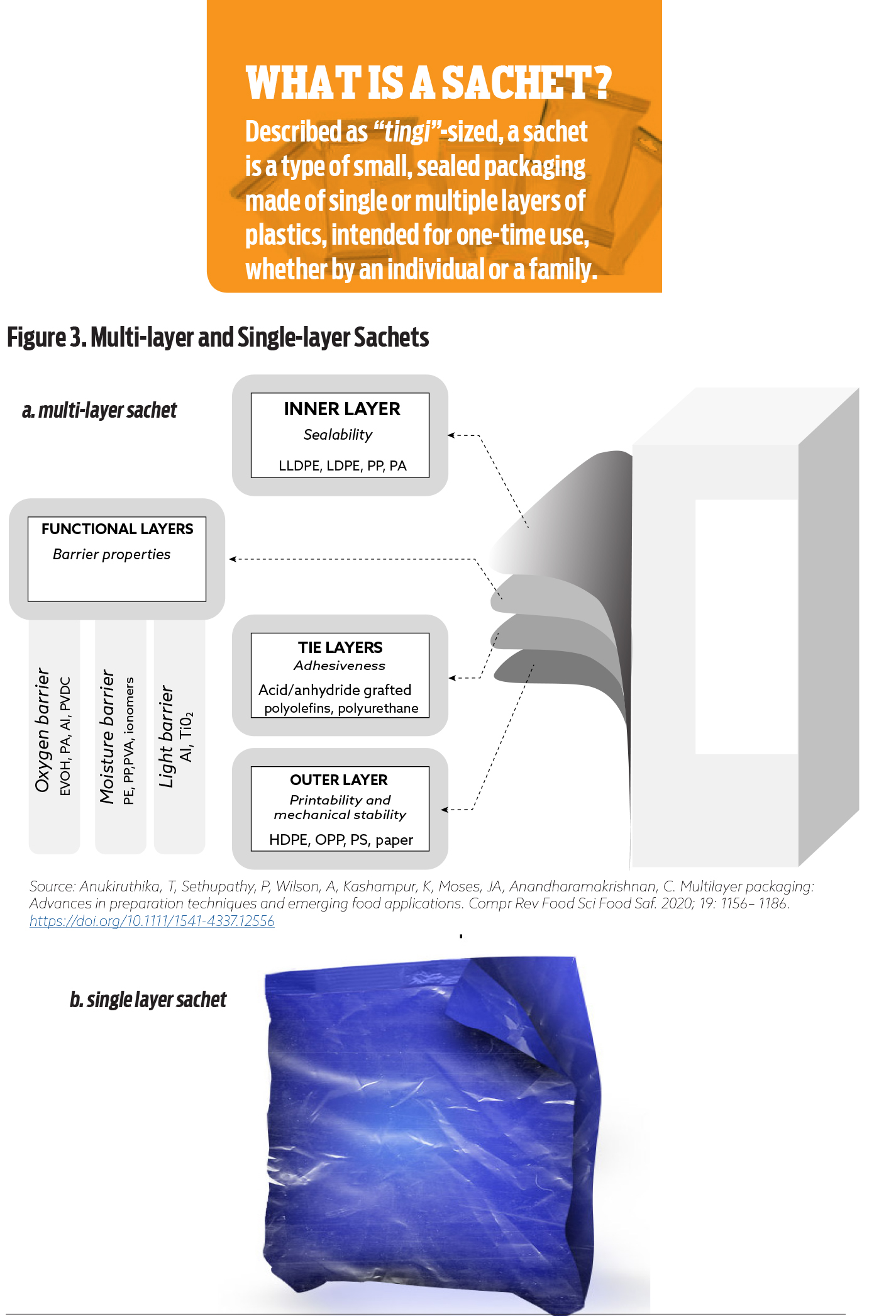 Sachets and the Narrative of Convenience

In just over a few decades since they were introduced in the Philippine market, sachets and other single-use plastics have become ubiquitous, so much so that a 2019 study by the Global Alliance for Incinerator Alternatives showed that Filipinos generate as much as 164 million sachets in a year—enough to cover the whole of Metro Manila in a foot of plastic sachets. Fast-moving consumer goods companies have been using the “pro-poor” narrative to push sachets in the market. They claim that by making their products available in small packets, people are able to afford branded shampoo, toothpaste, conditioner, albeit in small quantities, thanks to their low price points. But with the convenience that sachets brought were bigger problems that outweighed their supposed benefits. Sachets, together with other single-use plastics, are big contributors to the growing issue of plastic waste problem and are hindering cities with good solid waste management programs from becoming completely Zero Waste. Unlike the other single-use plastics such as plastic bags and straws, sachets are yet to be the subject of regulations and bans. 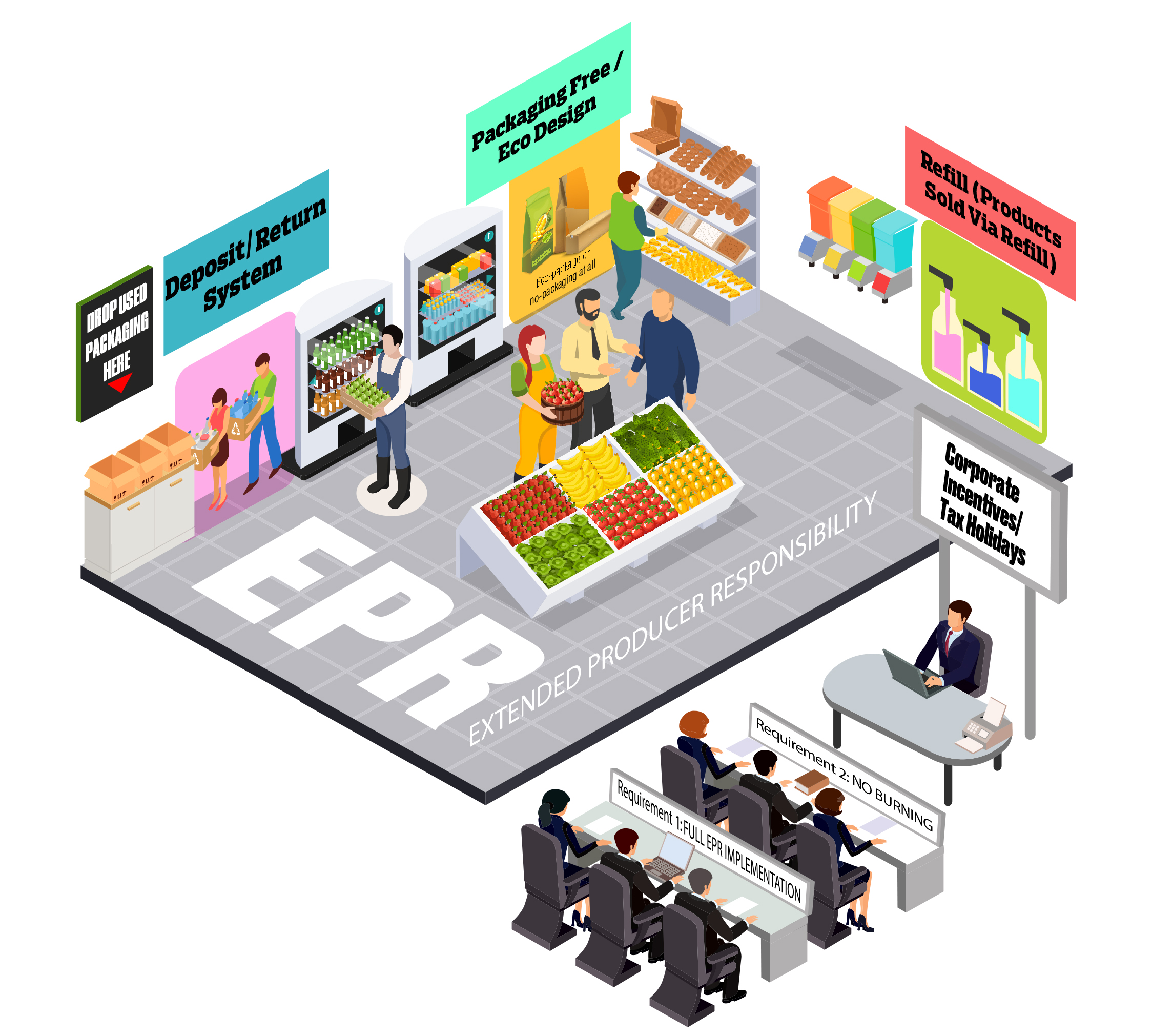 According to the same GAIA report, sachets—both single-layer and multi-layers—make up 52% of the country’s plastic residual waste stream. The good news is that a 2019 report by the Social Weather Stations commissioned by GAIA found that Filipinos are for regulating problematic plastics; 7 of 10 Filipinos believed that single-use plastics should be regulated, while 5 of 10 are for regulating sachets. Policy, if enforced, is an effective instrument in regulating single-use plastics. To illustrate, since Quezon City banned single-use plastics, even fast-food chains in the city were forced to shift to reusable plates, cups, and cutlery. COVID-19 may have disrupted the implementation of the single-use plastic ban in the city, but with experts saying that reusables are safe to use even during the pandemic, the city government should have no hindrance in imposing the ban.

Going Back to Take Steps Forward

With the increasing public awareness on the negative impacts of plastics on health and on the environment, more businesses are embracing the environmentally sustainable route, and revisiting the traditional ways that had served the community so well in the past. In the past two years, more and more Zero Waste stores—refill stores, stores that sell packaging-free organic products—are opening not only in the Philippines, but all over the world.   What’s clear is that no one, whether they be in the Philippines or anywhere else, should have to keep paying for the packaging they didn’t need, and didn’t ask for.  Sometimes, the way forward is going back to what works. Maybe these multinational corporations can learn a thing or two from Glaiza and Mario’s family business.