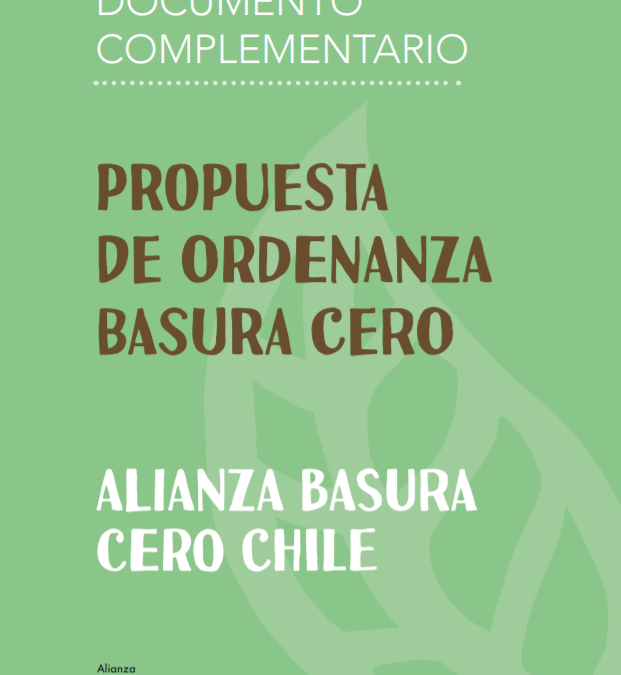 [Article in English below] 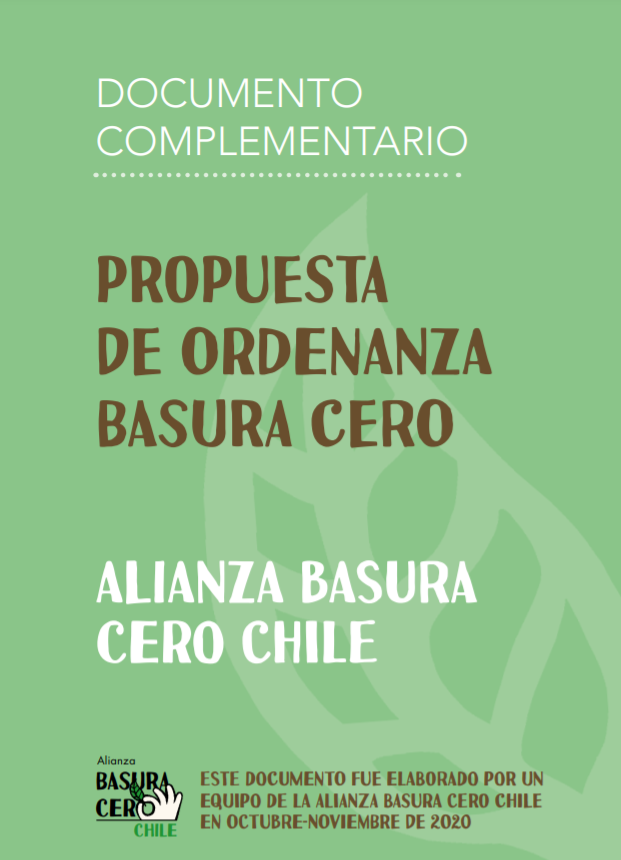 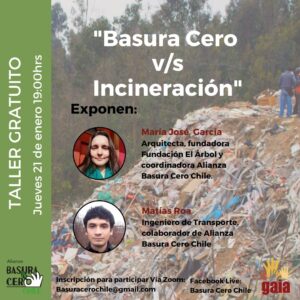 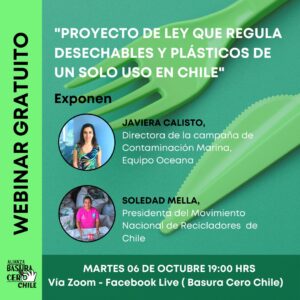 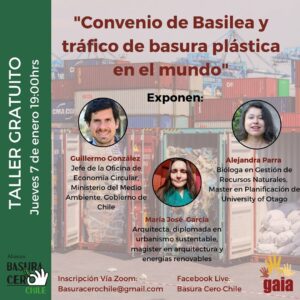 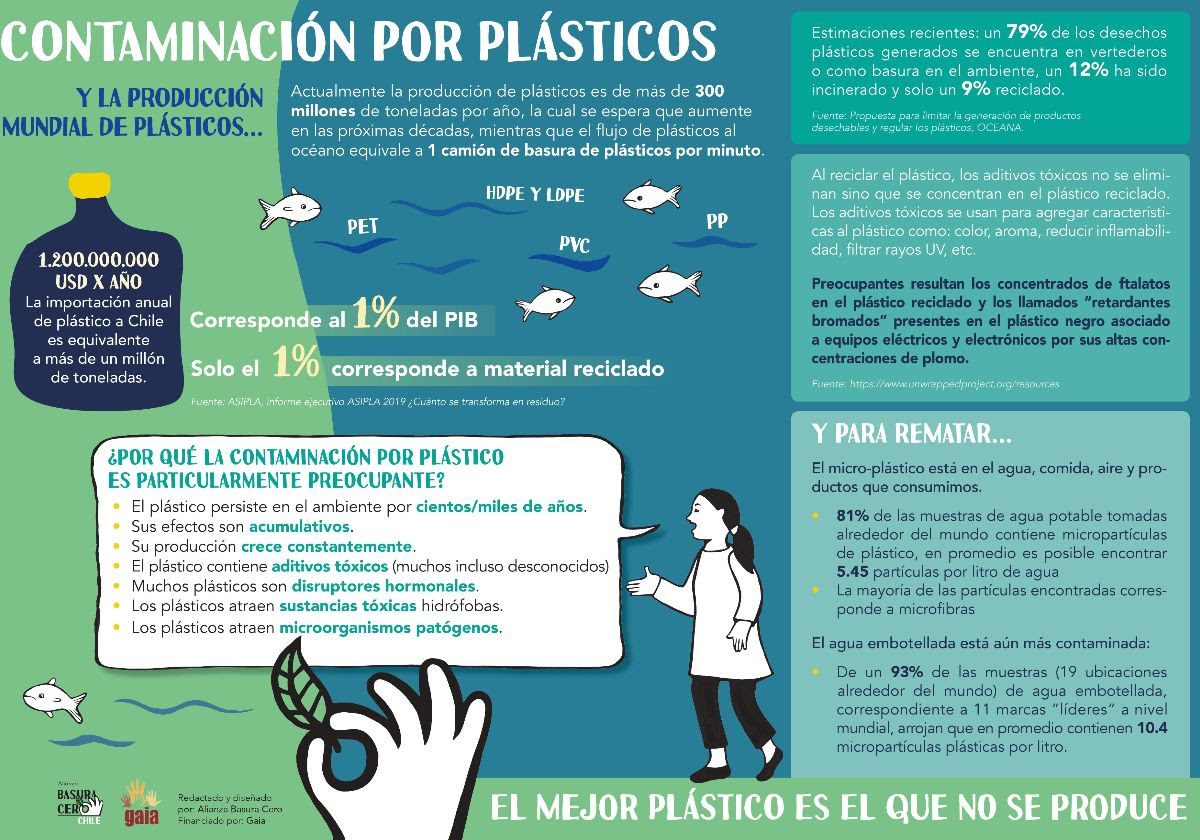 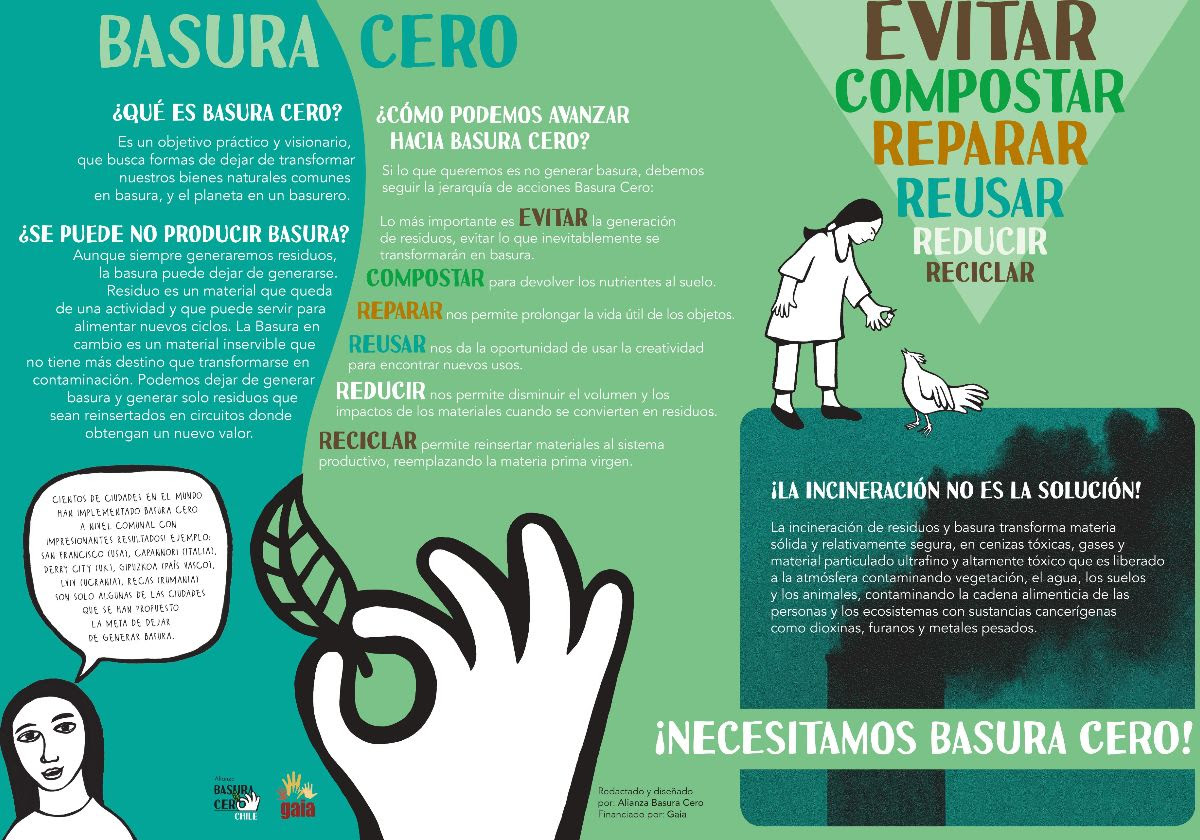 During 2020, members of the Zero Waste Alliance Chile drew up the “Proposal for a Zero Waste Ordinance”, along with a supplementary document, with the goal of supporting municipal administrations with a model legal instrument to promote and facilitate the implementation of the Zero Waste strategy. The purpose of this tool is to provide interested municipalities with a clear reference guide on how to implement and advance sustainable resource and waste management strategies.

The proposal was launched officially in March, under the auspices of the Ministry of the Environment – Division of Environmental Education and Citizen Participation – Department of Local Environmental Management (LEM). This launching event on Zoom and Facebook Live convened 120 of the country’s municipalities and more than 20 individuals and civil society organizations.

Throughout its development, the proposed ordinance was disseminated in three spaces: first, through roundtable discussions with independent candidates to the Constituent Convention and the community; the second was in workshops for the professionals dealing with environment and/or cleanliness and beautification issues in municipalities from around the country; and the third was a talk for the professionals from the Circular Economy Offices of the Regional Ministerial Secretaries of Health (SEREMIS, in Spanish) on the environment. There were eight roundtable discussions, four workshops, and one talk with the Regional Ministerial Secretaries and the Circular Economy Offices, reaching seven representatives of the Circular Economy Offices.

This series of independent roundtable discussions sought to promote and strengthen civil society demands for Zero Waste and bolster independent citizens’ proposals to the municipalities, through the presentation of the proposed ordinance and its supplementary document. During these discussions, candidates expressed their interest and commitment to promoting the implementation of zero waste strategies if elected. Participants included 11 candidates to city council, six mayoral candidates, three constituent convention candidates, and four members of civil society organizations from 13 districts of the country. Three of the 20 candidates that participated were elected.

The Zero Waste Ordinance Proposal is a local environmental management tool, and as such, one that municipalities could adopt to update their own environmental ordinances. Municipal employees working on issues of the environment and cleaning and beautification were invited to the participatory workshops in order to introduce, deepen understanding and clarify concerns about the possibilities of implementing this tool.

Feedback from the survey shows that 82% of municipalities currently implement or are in the process of developing waste management efforts through programs (47.3%), ordinances (17.6%), projects (14.9%), and the remainder through specific institutional actions. Different forms of environmental education are required in 74% of these actions.

These responses indicate that although most municipalities implement some actions to manage waste more sustainably, the continuity of those actions is not supported by management tools such as a policy or an ordinance. This confirms the need to strengthen local environmental management tools oriented towards comprehensive waste treatment.

Based on the analysis of the results of the assessment, we determined the methodology of the workshop that would repeat four times, focused on explaining the main principles of zero waste and the relevant proposed zero waste ordinance, with an opportunity to ask questions and share experiences, and later, a space for a participatory workshop by groups, and then conclude in a plenary session to look at the issues addressed by each group, and culminating in a survey about this informal educational experience. This methodology would look as follows:

The information collected confirms that municipalities need increasingly stronger tools; environmental education for their own staff and collaborators and for the community at large; the formalities required to establish this considering increased budgets and the larger number of people involved; as well as the need for greater political will, tied to good education, in order for authorities to regard these aspects as a priority.

This was a talk directed specifically at these governmental institutions with the goal of presenting a Zero Waste Ordinance proposal, informing them about the implementation of the prior municipal-level work, in order to enable joint efforts of SEREMIS and municipalities, in implementing the tools in the different localities.

In total, there were eight talks with independent candidates and the community; the launching and carrying out of four participatory discussions with municipalities, and finally, a talk for SEREMIS in their respective Circular Economy offices, which made it possible to ratify the importance of implementing local environmental management instruments that generate actions towards climate change mitigation and recovery in a conscientious and resilient way, and the importance of citizen participation in the spaces of building these local norms and policies.

The strategy to disseminate and popularize the proposed ordinance on Zero Waste was implemented as planned, and it was even possible to develop additional activities to those proposed and requested by the municipalities and independent candidates to different offices, to analyze the assessment and evaluation of the most representative content, all of which enriched and strengthened the project. In this manner, the project was implemented successfully in the established timeline.