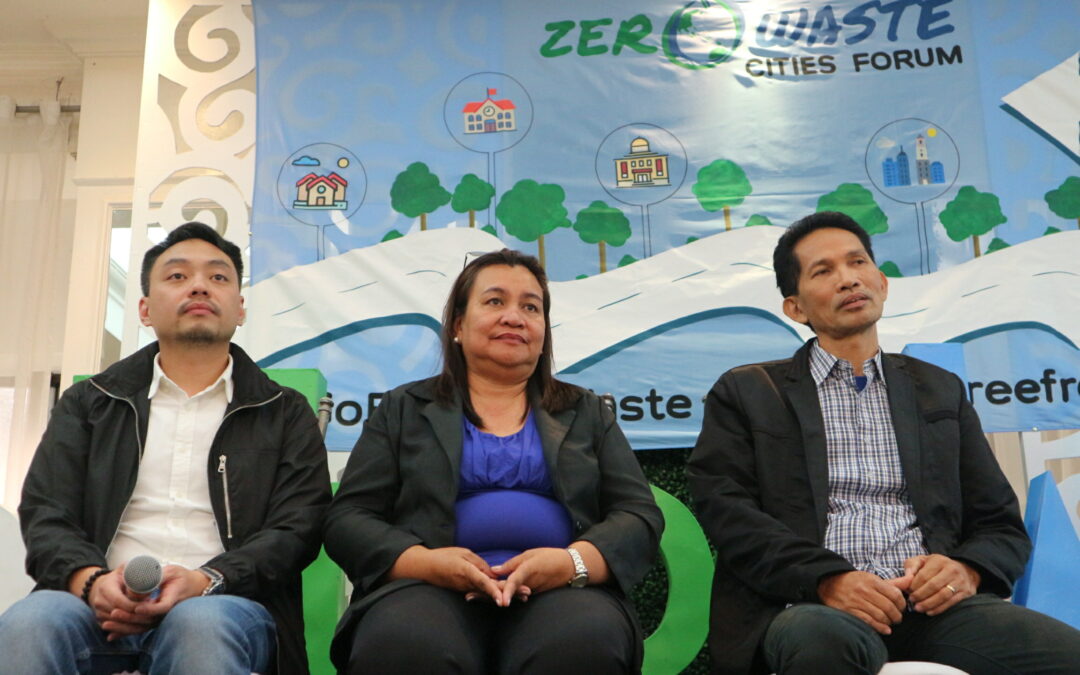 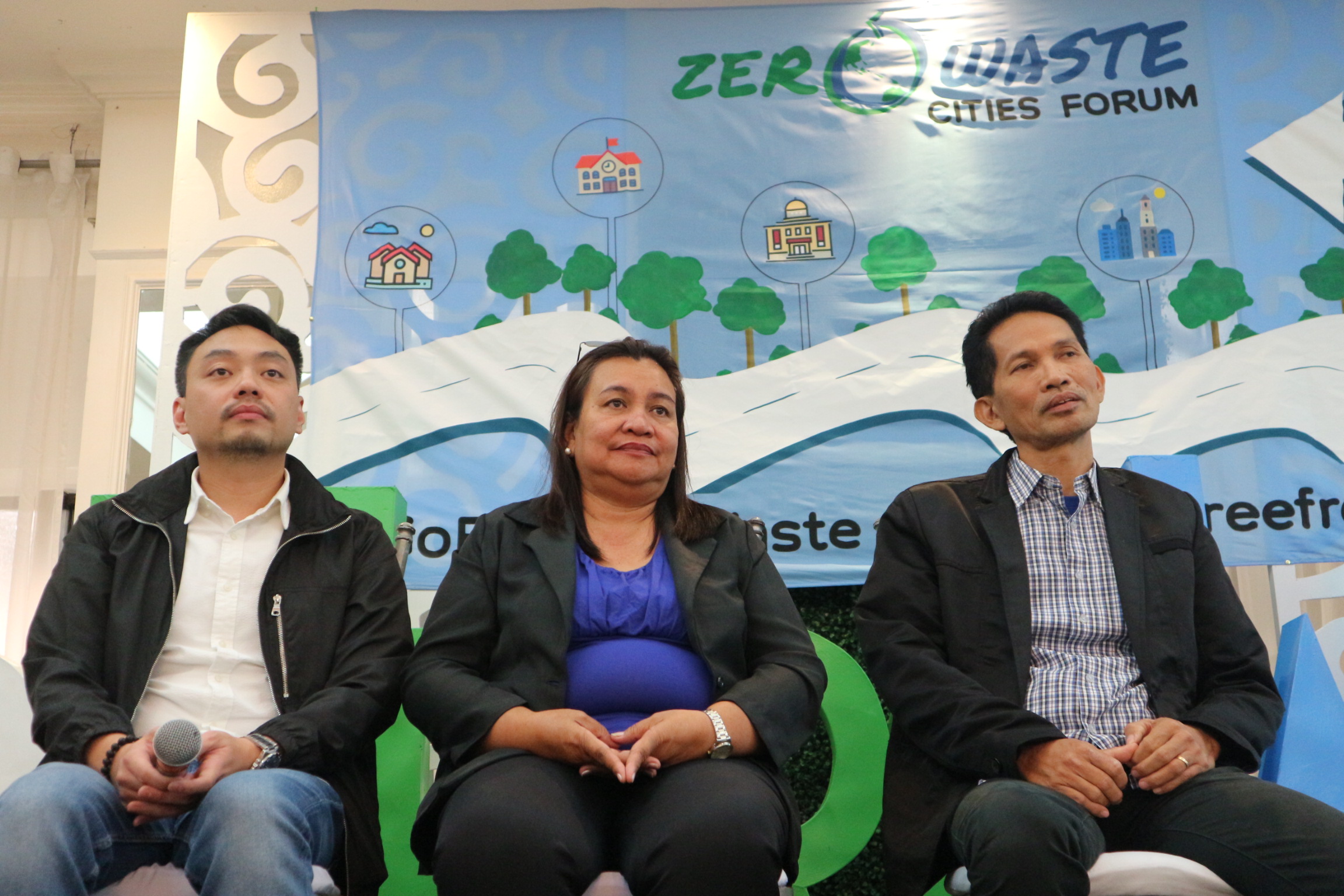 Quezon City, 31 January 2019—Hundreds of local government unit (LGU) officials across the country gathered today in a forum in Quezon City to discuss policies that will help bring an end to plastic pollution—and usher in sustainable, Zero Waste Cities in the Philippines.

The forum, held in celebration of Zero Waste Month this January and organized by GAIA Asia Pacific and Mother Earth Foundation, looked into local and national policy actions aimed at reducing single-use plastic, from material substitution by producers to outright bans in cities. Speakers from different countries also showcased success stories of Zero Waste initiatives from the European Union and other parts of the globe, as well as in the Philippines. 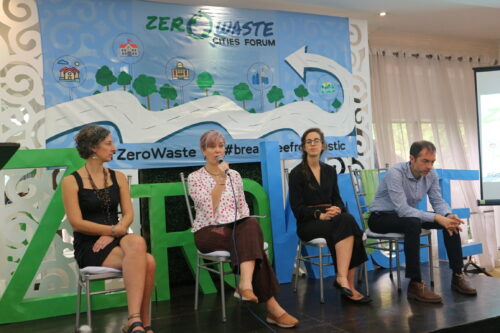 The proliferation of single-use plastic is one of the biggest drivers of plastic pollution. Environmental groups contend that waste should not be addressed through harmful end-of-pipe systems such as landfills and waste incinerators, but through Zero Waste systems. Zero Waste approaches address waste and resources throughout their entire life cycle—from production to end-of-life—with the goal of waste prevention and resource conservation. In the Philippines, Zero Waste principles are at the core of the Ecological Solid Waste Management Act or RA 9003, a landmark law on resource and waste management. 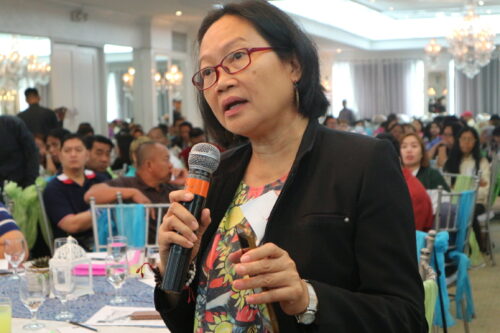 At the forum, GAIA Asia Pacific launched the report “Enabling sustainable cities through Zero Waste: A guide for decision- and policy-makers.” Although RA 9003 was signed into law in 2001, many cities and municipalities are still struggling with compliance. GAIA believes that there is a lack of information available to local and national government officials about practical strategies and policies that can help them fully implement RA 9003. The paper aims to give local government leaders and national lawmakers recommendations for policies that put Zero Waste in action and effectively implement RA 9003 while demonstrating that Zero Waste is both practical and achievable.

Several local governments are already pioneering Zero Waste programs through cost-effective investments in decentralized waste collection, composting, recycling markets, and waste management infrastructure. Experiences of Philippine cities have shown that as long as the right strategies are in place, cities can set up Zero Waste systems that will enable successful implementation within a period of as short as six months, while also achieving significant savings in waste management costs.

However, cities continue to struggle in managing non-recyclable waste, mostly single-use plastics such as sachets and other packaging. The cities of San Fernando in Pampanga, and San Carlos in Negros Occidental, for example, are implementing strict and effective plastic bag and styrofoam regulations, but these remain a problem. 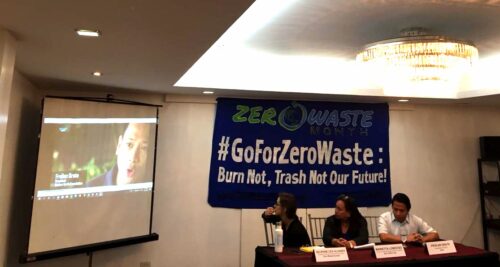 Launched during the forum and the press conference: a mini-documentary on the Zero Waste Cities in the Philippines, a part of the documentary movie, Story of Plastic, to be launched this year. Photo by Jed Alegado

Marietta Lomocso of San Carlos City’s Environmental Management Office, shared: “With strong political will and stakeholder engagement, our plastic regulation reduced residual waste by half.” But, she said, challenges persist. “Businesses from neighboring cities bring in plastic packaging because they are not familiar with our plastic regulation. And, we still need to deal with the remaining 50% non-recyclable waste that we collect.”

GAIA maintains that businesses need to be part of the solution of reducing plastic waste by not producing single-use packaging and items in the first place. Leaders in national government agencies must also realize they have a crucial role to play by enabling strong policy support at the country level; for example, through mandating extended producer responsibility (EPR) policies, and a national ban on single-use plastics.

Delphine Lévi Alvarès of Zero Waste Europe shared the experience in the European Union (EU) where similar policies are being implemented at a regional level. Europe’s shift to a sustainable circular economy is mandating member countries to pursue reduction, reuse, and recycling as priority actions for waste management.

Lévi Alvarès said that more than 400 cities and municipalities in the EU have commitments to become Zero Waste Cities.  She also explained that producers are obliged by law to cover the costs of plastic waste management and that certain single-use plastics are being phased out as the region pursues a sustainable circular economy. “Zero Waste initiatives in countries like the Philippines are sending a strong message to Europe that the plastics issue must be addressed at the global level. Major manufacturing industries based in Europe and other countries in the global north should eliminate single use plastics in all regions where they work, including Asia.” she said. 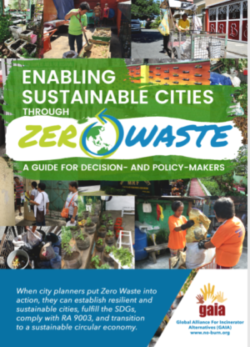 DOWNLOAD NOW. At the forum, GAIA Asia Pacific released this policy paper which provides a menu of policies that governments can adopt to break free from plastic and become truly Zero Waste.

The report “Enabling sustainable cities through Zero Waste: A guide for decision- and policy-makers.” is available at https://www.no-burn.org/policy-paper/

The Global Alliance for Incinerator Alternatives (GAIA) is a global network of more than 800 grassroots groups, NGOs and individuals. We envision a just, zero waste world built on respect for ecological limits and community rights, where people are free from the burden of toxic pollution, and resources are sustainably conserved, not burned or dumped. We work to catalyze a global shift towards ecological and environmental justice by strengthening grassroots social movements that advance solutions to waste and pollution. www.no-burn.org

Mother Earth Foundation (MEF) is an NGO that works to promote education and awareness of the people on environment protection and proper waste management, reduction of waste, segregation at source composting and recycling towards a zero waste society. http://www.motherearthphil.org/