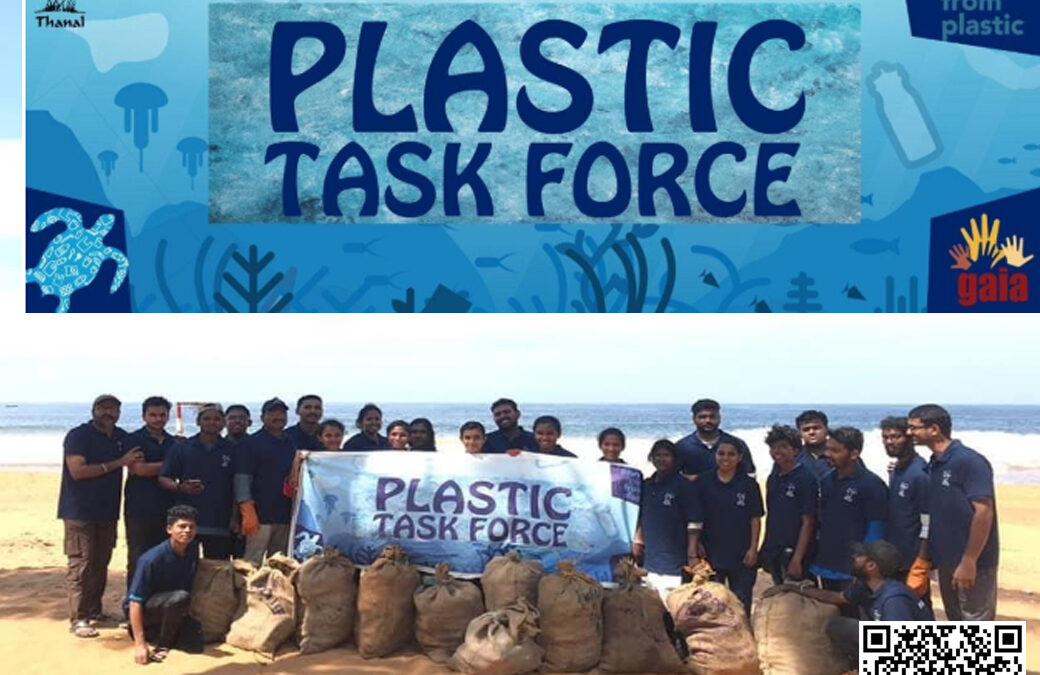 On September 19, 2019, 110 youth volunteers from the nine coastal districts of Kerala formed the Plastic Task Force.  Just like friends from the larger Break Free From Plastic movement, they dream of making beach and community clean-ups a thing of the past, especially in the beautiful coastal area of Kerala – God’s own Country.  For Thanal, the youth are the best partners to drive the work on coastal pollution.  Our goal for the group is not just to keep our coasts clean but also for all the Zero Waste activities of Kerala’s districts.

The Plastic Task Force took inspiration from the plastic litter studies that Thanal conducted along the Kerala coast in 2018 and 2019.  The study was intended to establish a benchmark for plastic litter found in the Kerala state coastline.  Collected samples from 59 locations in 10km intervals of the coastline revealed that there are 1.66 plastic pieces, weighing 10.31 grams, per square metre in Kerala’s beaches.  The plastic litter index also estimated 170 million pieces of plastic litter, approximately weighing over 1,000 tonnes.  The report was presented to Kerala Finance Minister Sri Thomas Issac on 10 June 2019.

Plastic Task Force was officially formed on 19 September 2019, composed of volunteers from women’s organizations, software companies, colleges, government offices and youth groups.  In an inauguration ceremony on Shanghumugam Beach in Trivandrum, Trivandrum Women’s college students welcomed the audience with a flash mob, carrying a message against single-use plastics. Then Honorable Mayor of Trivandrum Corporation (and now Member of the Kerala Legislative Assembly) Adv. VK Prasanth expressed his support to the Plastic Task Force, which would complement the Municipal Corporation’s efforts to make Trivandrum plastic-free. 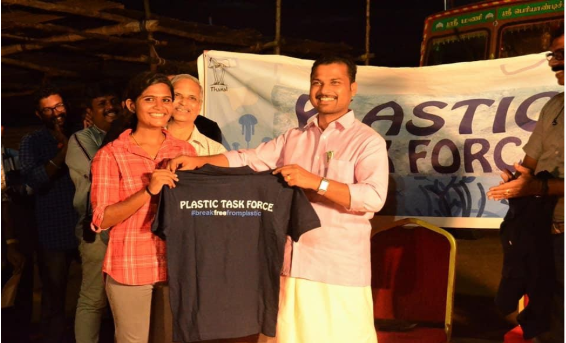 The first and foremost aim of the Plastic Task Force is clean beaches.  So PTF started its activities with a beach cleanup.  Thanal’s Zero Waste team, with the help of PTF volunteers conducted beach clean ups in Veli beach, Trivandrum, and Kollam beach on 21 September 2019 as part of International Coastal Cleanup Day.  The PTF members along with the people residing near the beach collected the waste in that area.  We collected a total quantity of 212kg from that area.  Out of the 112 kg non-biodegradable waste, 95 kg were plastic, 13.5 kg were glass, and 3.5 kg were just diapers.

On the same day in Kollam beach, the Kollam team cleaned 2300 sqm area of the tourism spot.  A total of 21 kgs of plastics were collected. 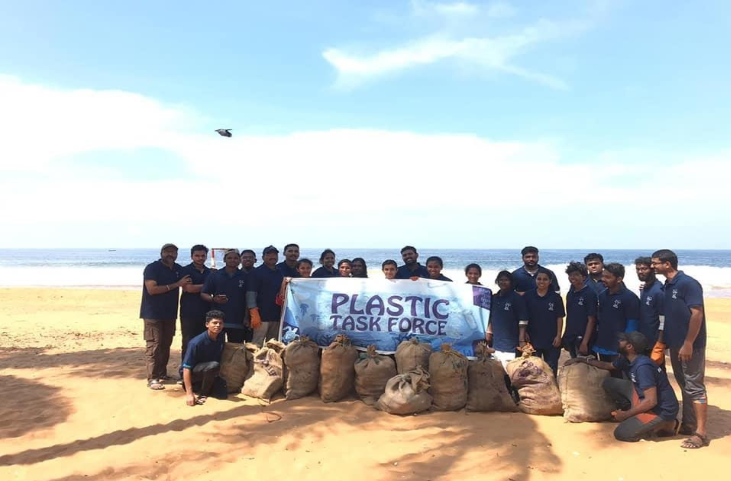 Aside from beach cleanups, PTF volunteers also go around district communities to talk about brand audits, organize mass grassroots campaigns, and further enrich the Kerala plastic litter study.  Moreover, they compile stories and collaborate with Local Governments and Cities.  Thanal, meanwhile, will be on hand to provide guidance and training to PTF, until the youth group is comfortable holding on its own.

PTF activities have been on a standstill during the COVID-19 pandemic.  Thanal had scheduled a series of meetings and trainings across nine districts but had to postpone them.  Volunteers will be trained to implement Green Protocol in their districts, as well as organize Zero Waste activities in communities.  To safeguard volunteers, Thanal is raising resources to provide them with accident insurance policies.

Nonetheless, we have plans to organize PTF and recruit more volunteers in all 14 districts of Kerala, when people are allowed to publicly gather in the state.

Thus we are moving forward with the support of our young friends.  We hope that we can bring a lot more changes in this small state of Kerala and expand this Task force activities in all states of our country.  This is actually the need of the future to protect out nature, especially our oceans… 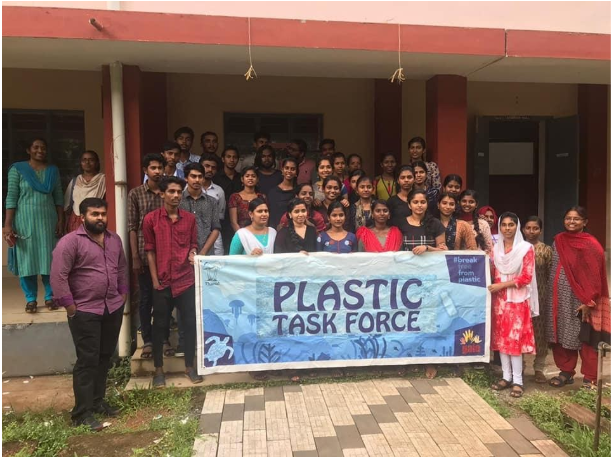 About Thanal and Zero Waste Cities

Trivandrum city is part of the International Zero Waste Cities Network.  During the initial stages of the Zero Waste Cities Project, focus was given to train households in segregated waste management by convening training sessions at household level.  However, as the project progressed, the city realized the need for Materials Recovery Facilities (MRFs) and Resource Recovery Centres (RRCs).  To date, the city has 54 community centres that serve as the backbone of community level waste solutions.  These solutions were developed and enriched by residents, city officials, project secretariat and elected officials, including the city Mayor.

The Zero Waste Cities project aims to build up momentum for scaling up decentralised waste management in the city.  Thanks to the city’s robust infrastructure and large scale non-biodegradable material collection drive, the Thiruvananthapuram Municipal Corporation has created a considerable amount of awareness among people to segregate.  Thanal also attributes this achievement to the presence of Green Army, which has been very active in festivals and public to promote the Green Protocol. 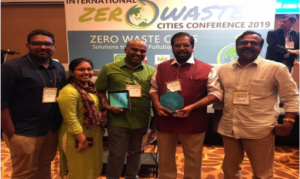 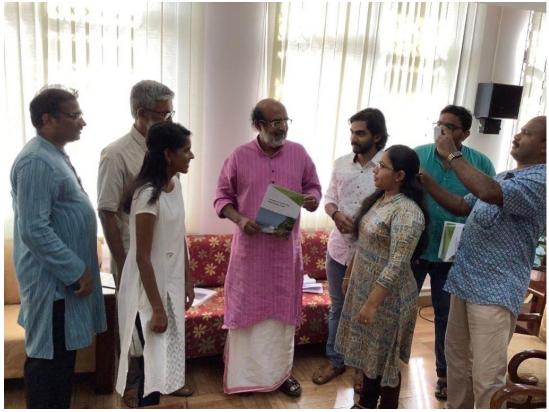 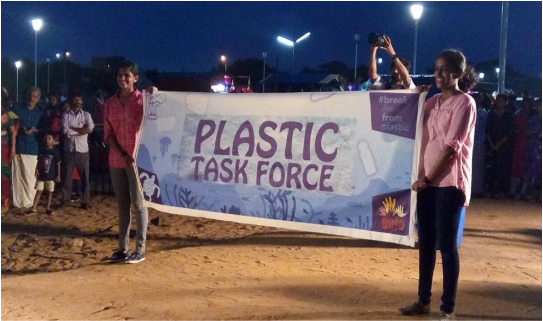 This feature is made possible through the Zero Waste Cities project — an initiative coordinated by GAIA Asia Pacific and funded by the Plastic Solutions Fund (PSF). The views expressed in this feature do not necessarily reflect that of its funders.