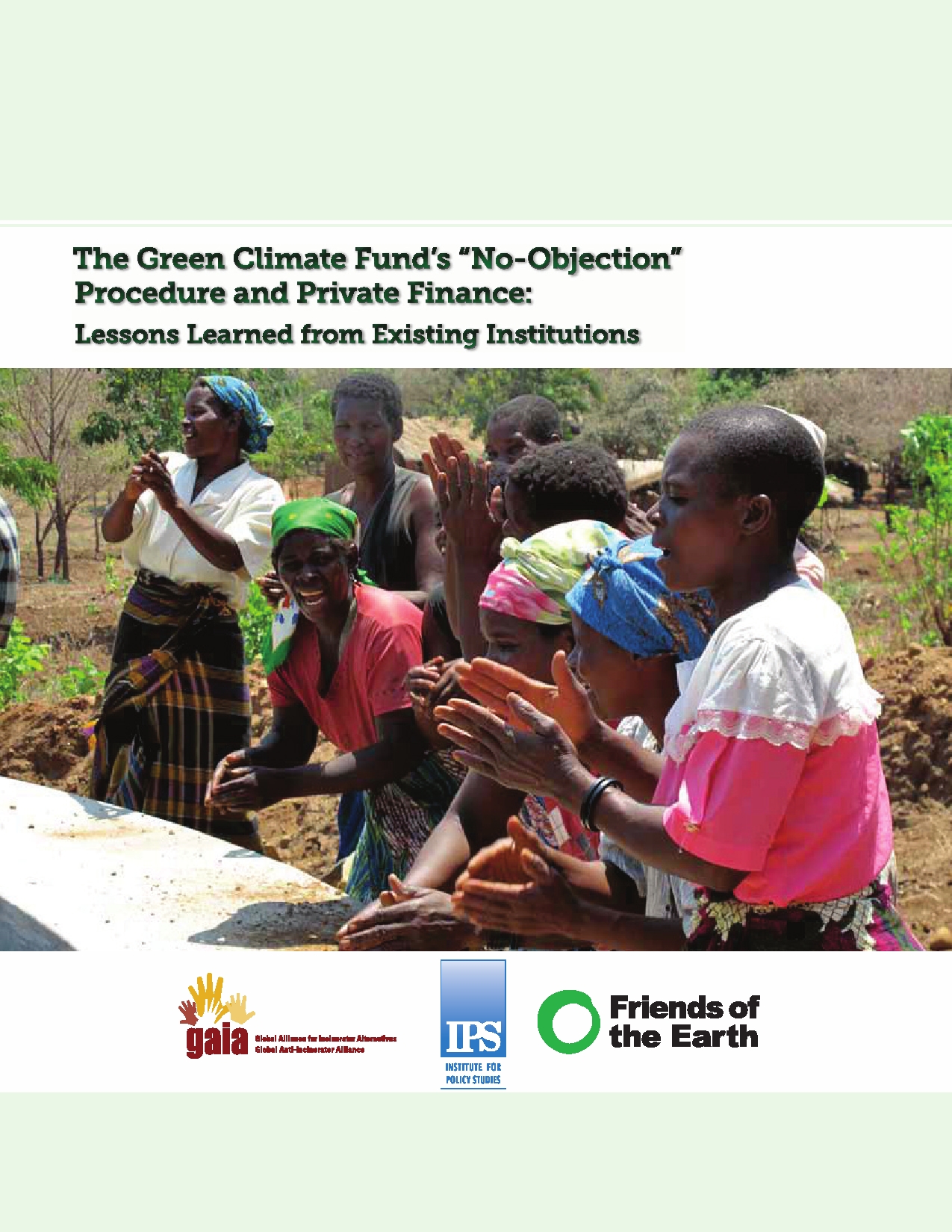 The Green Climate Fund is supposed to be the major channel for delivering money to developing countries to support their climate adaptation and mitigation plans. However, even before there is money to distribute, efforts are underway by some governments and private industry to make sure that  the lion’s share of the money ends up as private profit. We have seen this play out before, and it’s not a pretty picture: time and again, public money that is supposed to help the world’s poor has been diverted into the pockets of polluting, multinational corporations and Wall Street.

This report, co-written with the Institute for Policy Studies and Friends of the Earth US, is about setting ground rules for how the Green Climate Fund will deliver its money. In it, we ask the Green Climate Fund to establish strong rules to ensure that communities and developing country governments, not companies and rich countries, have the final say on how public money is used for the public good in their countries. We draw lessons about what works and what doesn’t work from other international agencies – the Clean Development Mechanism, the International Finance Corporation of the World Bank Group, and the Global Environment Facility – in the struggle to make public finance publicly accountable.