Maryland’s trash-burning plants — which the state considers sources of renewable energy — generated up to five times the amount of mercury and up to 18 times the amount of lead than its coal-fired plants between 2007 and 2009, according to the study by the Environmental Integrity Project, an anti-pollution nonprofit.

The trash-burning plants are also leading sources of nitrogen oxide and carbon dioxide.

The study results are a serious blow to Maryland’s renewable-energy efforts. The state is on track to more than double its 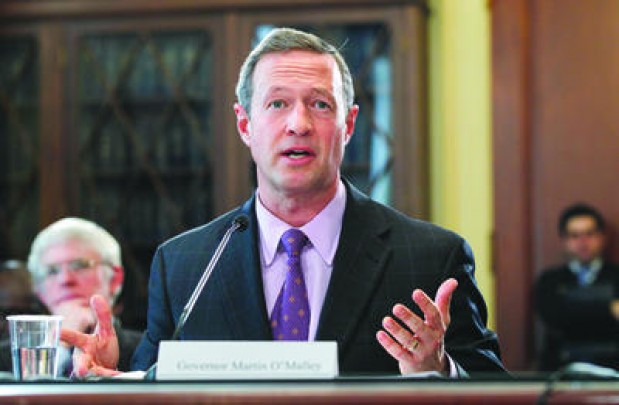 trash-incinerating capacity over the next decade by expanding a plant in Harford County and breaking ground on two new plants in Baltimore and Frederick County.

This year, Maryland declared that waste-to energy plants are on par with solar and wind power as environmentally responsible power sources and began requiring utility companies to buy more energy from the waste-to-energy plants.

A spokeswoman for Gov. Martin O’Malley declined to comment on the study because it’s still being reviewed.

“Gov. O’Malley is very committed to clean energy,” said O’Malley spokeswoman Raquel Guillory. “Our achievements in the arena are well documented and our record speaks for itself.”

The state’s biggest existing waste-to-energy plants are in Baltimore and in Dickerson in Montgomery County.

“Waste-to-energy incineration is not clean and it is not renewable,” said Robbie Orvis, who co-wrote the study. “We urge Maryland to reconsider the path that it is on to become the trash incinerating capital of the United States.”

Campaign finance reports show that one of the state’s top financial contributors to political campaigns in the last election cycle was Energy Answers International, a New York company that is planning to build one of the state’s new trash-burning power plants.

In June 2009, the company applied for a license to build the plant Environmental Integrity Project. Over the next two years, Energy Answers, CEO Patrick Mahoney and owner Covanta Energy gave roughly $30,000 to the O’Malley administration and to Baltimore Mayor Stephanie Rawlings-Blake. O’Malley in October 2010 praised the planned plant as a national model for green energy. Ten days later, the companies heaped $16,000 on him and Lt. Gov. Anthony Brown through campaign donations.

Two other companies with interests in the planned plant — Curtis Bay Energy and Old Fairfield LLC — have contributed an additional $20,000 to O’Malley, Brown and Rawlings-Blake.

The Environmental Integrity Project is run by a group of activists who promote recycling, solar energy, wind energy and the protection of natural resources.