Simon Mbata is the National Coordinator for the South African Waste Pickers Association (SAWPA). He is based at the Vaalpark Recycling Centre in Sasolburg, South Africa, where they have implemented  a zero waste program, including separation at source and door-to-door collection. Simon also speaks all 11 official South African languages, which helps him to communicate with different waste pickers across the country. 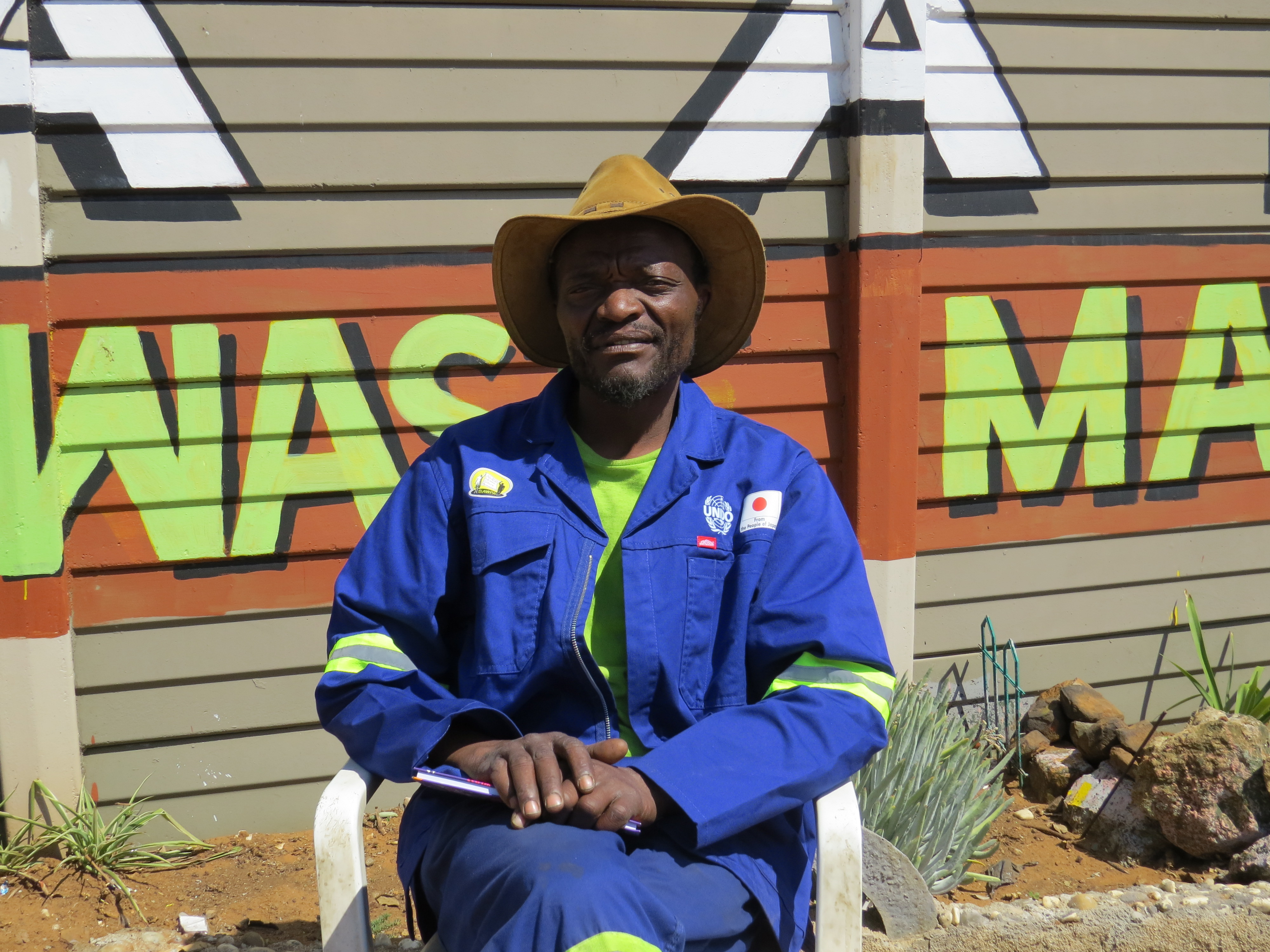 SAWPA, is an organisation of more than 1000 registered waste pickers from all nine provinces of South Africa. The organised movement started in 2007, and it was constituted in 2009 during the first national meeting of waste pickers in the country.

What are your organisation’s top priorities?

Our organisation’s top priority is to ensure that the work of waste pickers is respected. There are enough recyclables for waste pickers to earn a living. SAWPA members recycle materials such as  plastic, cardboard, paper and metals and prevent them from going to waste dumps. They also play a key role in environmental justice and mitigating climate change by collecting and selling waste as a livelihood strategy. We hope to see waste pickers working in better environments and being integrated into the national waste management system.

Advocating for the integration of waste pickers at a local and national level: SAWPA was part of advocating for the South African government’s establishment of guidelines for waste picker integration into the waste sector. These new guidelines were recently introduced, which was a great victory for us.  Furthermore, the national Department of Environmental, Forestry and Fisheries (DEFF) has also committed to work with SAWPA . 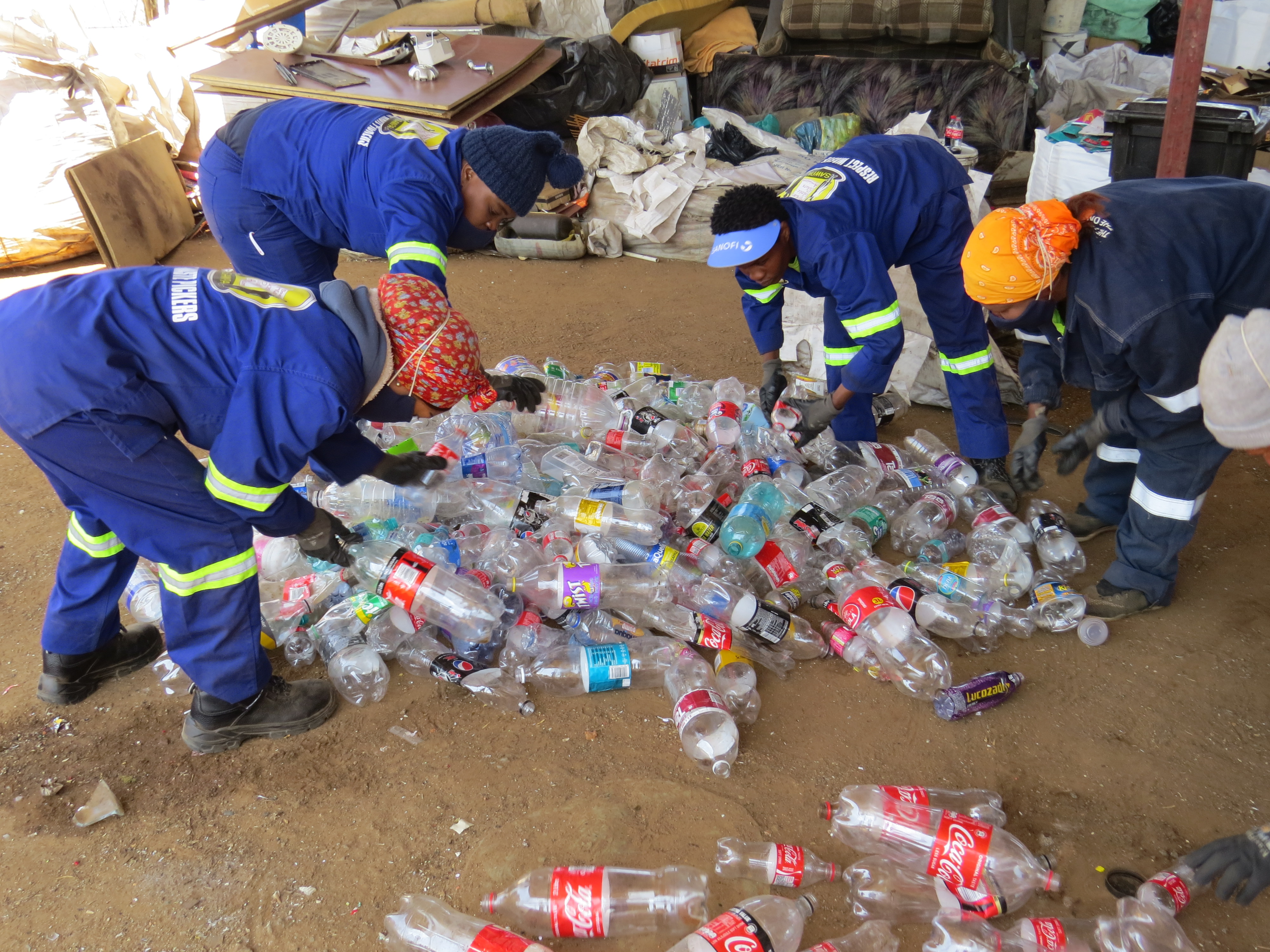 Waste pickers encounter many challenges in their line of work. There is the issue of social stigmas, whereby waste pickers are viewed as lowly individuals in society. In the early 90s the government often expressed the narrative that having waste pickers on landfill sites was inhumane and that it should not be allowed. As a result of this, they were often attacked and abused by society and municipal worker security when carrying out their work. Since then, the government has recognised the value of their work. However, despite this being accepted at a national level, in some parts of the country, municipalities don’t accept waste pickers.

Additionally, waste pickers also encounter challenges with the recyclability of materials like plastic. The majority of the plastic that we come across is not recyclable. It will then need to be taken to a landfill because there is no processing for certain types of plastic. Companies who produce this type of waste often say they are benefiting waste pickers, this is not true. The only way that these companies can benefit waste pickers, is if they redesign their packaging to ensure that all materials are recyclable and can go back into the economy.

How has covid impacted your work?

During the pandemic, waste pickers were not seen as essential service workers, which prevented them from collecting waste and threatened many livelihoods. When waste pickers could return to work they did not have the adequate protective gear to protect them from waste that was infected with COVID-19. This deterred many workers from going out to collect waste, as they feared becoming infected. Thanks to our partnering organisations, GAIA, groundWork and WIEGO , SAWPA waste pickers received the necessary protective equipment to carry out their work during the pandemic.

What is one belief that resonates strongly with your organisation?

Nothing for us, without us.