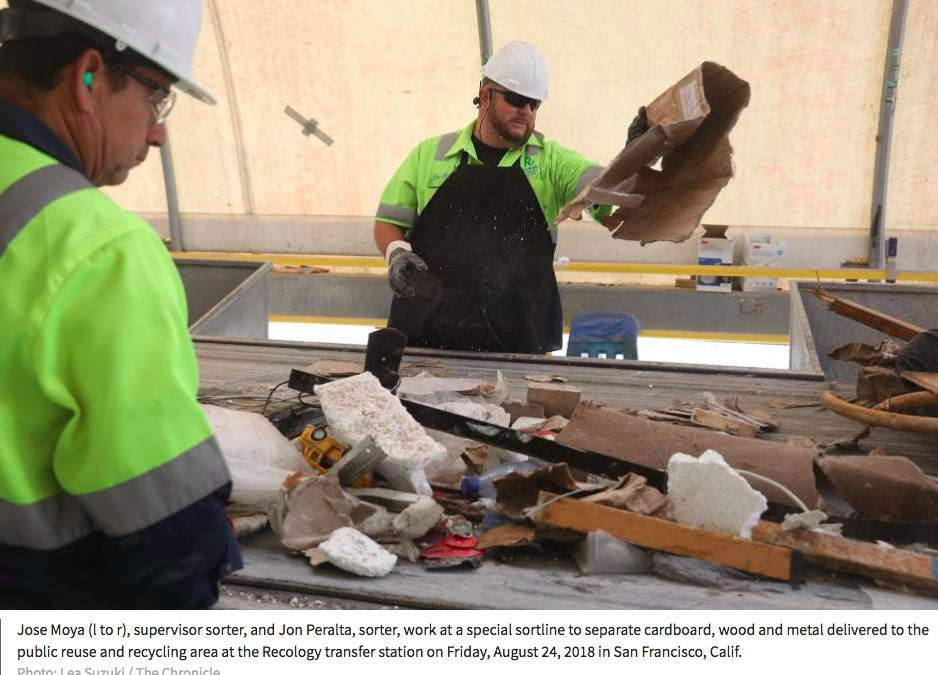 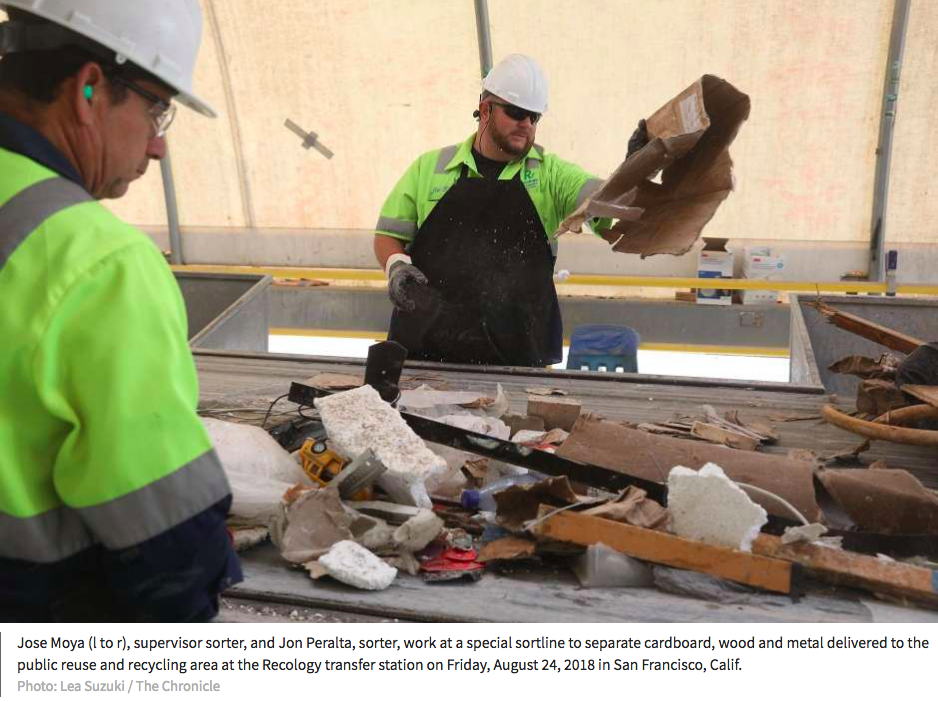 San Francisco’s color-coded trash bins — the black, the blue and the green — marked a breakthrough in waste reduction when they hit the curbs nearly two decades ago.

Now, the pioneering program that encouraged residents to separate their recyclables and food scraps from their garbage is headed to a whole new level. City officials want people to generate no garbage at all, or at least as little as physically possible, and they’re asking the rest of the world to join their cause.

The ambitious zero-waste initiative, which would cut greenhouse gas emissions from landfills, will be promoted on the international stage next month when San Francisco hosts the Global Climate Action Summit.

The three-day event beginning Sept. 12, with such environmental notables as former Vice President Al Gore, chimpanzee expert Jane Goodall and actor Alec Baldwin, is all about encouraging climate action at the local level.

“This is a moment in time when the world is coming to San Francisco and thinking, ‘What do we need to do more of?’” said Deborah Raphael, director of the city’s Department of the Environment, which is spearheading the push for zero waste with Mayor London Breed and a handful of cities attending the summit. “The last thing we want is a lightweight commitment.”

The hope of the San Francisco summit is to advance the 2015 Paris agreement. Nearly 200 nations pledged three years ago to keep global temperatures from rising 2 degrees Celsius above preindustrial levels, the point at which scientists expect catastrophic consequences from global warming, including more intense wildfires and higher seas.

The effort to hit the 2-degree mark, though, has gotten harder since President Trump last year vowed to pull the U.S. out of the Paris climate accord. He’s since started reversing Obama-era policies designed to limit heat-trapping gases. The United States is responsible for about 17 percent of the world’s emissions.

Absent federal leadership, organizers of the San Francisco summit expect to roll out initiatives among cities, states and other subnational governments, as well as from businesses, with such climate goals as making buildings more energy efficient, increasing investment in environmentally friendly bonds and generating zero waste.

“Yes, I know President Trump is trying to get out of the Paris agreement, but he doesn’t speak for the rest of America,” said Gov. Jerry Brown in a recent plug for the summit, which he helped schedule. “We in California and states all across America believe it’s time to act, to join together.” 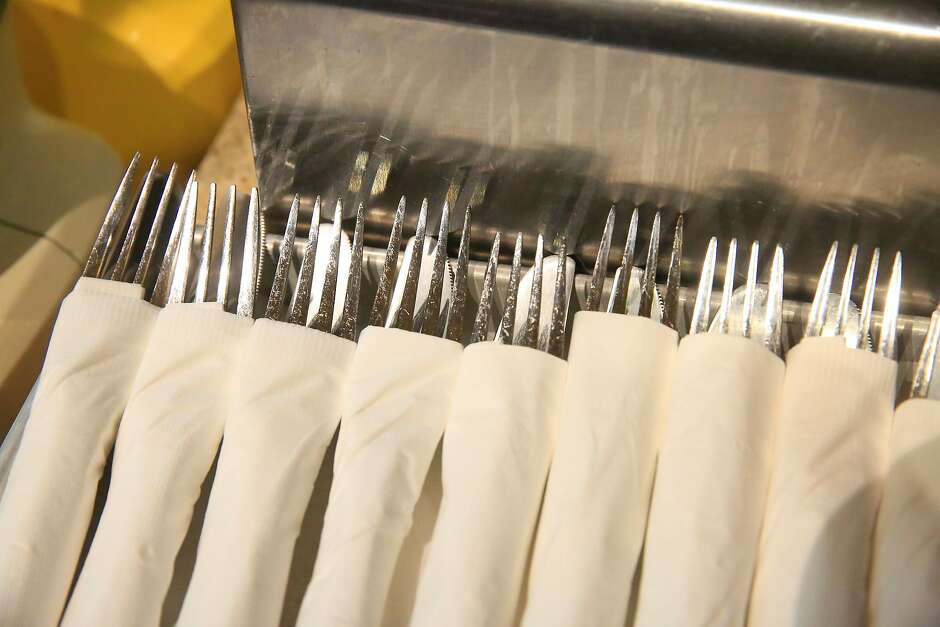 Silverware is wrapped in napkins at Ziggy’s, which replaced the disposable utensils previously used. Photo: Lea Suzuki / The Chronicle

The no-waste initiative led by San Francisco remains, at this point, more of a vision than a doable goal. The city and its contractor Recology have vastly expanded the number of things that can be recycled or composted, successfully diverting more than 80 percent of the trash that otherwise would be sent to landfills. Yet many items inevitably end up at the dump.

And as perplexing as it is to deal with stubborn items like throwaway packaging of an online meal kit, city leaders are eager to develop new methods for getting difficult materials out of the waste stream.

“We can’t say just because it’s too big and hard we won’t keep at the journey,” Raphael said.

Waste reduction has long been viewed as a vital way to limit methane, a potent greenhouse gas that is produced when organic materials decompose. But waste experts say the climate benefits of recycling and composting go even further. Harder-to-measure gains come from reduced energy use when products are made from recycled materials instead of created from scratch and from composting food scraps, which enhance the ability of soil to store carbon.

And, of course, generating less waste in total, whether recycled or composted, means an even smaller carbon footprint.

Next month, San Francisco will be asking cities to commit to two steps on the path to zero waste: cutting the total amount of material sent to the curb, including recyclables, by 15 percent by 2030, and cutting the amount destined for the landfill by 50 percent by 2030.

The mayors of New York, Paris, London and nearly two dozen other cities have tentatively signed on.

As the signatories look to implement the initiative, many will be taking their cues from San Francisco, said Monica Wilson, associate director of the Berkeley-based Global Alliance for Incinerator Alternatives, one of the world’s leading advocates for zero waste.

“San Francisco has really taken a more ambitious approach than others have, and it’s really paying off,” she said.

Not only does the city require residents and businesses to recycle and compost, but it has pushed for prohibitions on items that are difficult to remove from the waste stream, like Styrofoam products.

Getting closer to the goal of sending nothing to the landfill, and essentially eliminating the need for the black solid-waste bin, will require even more aggressive actions, Wilson said. Residents will have to voluntarily give up some of the stuff they buy, for example, and more pressure will have to be exerted on manufacturers to make things that don’t break down. 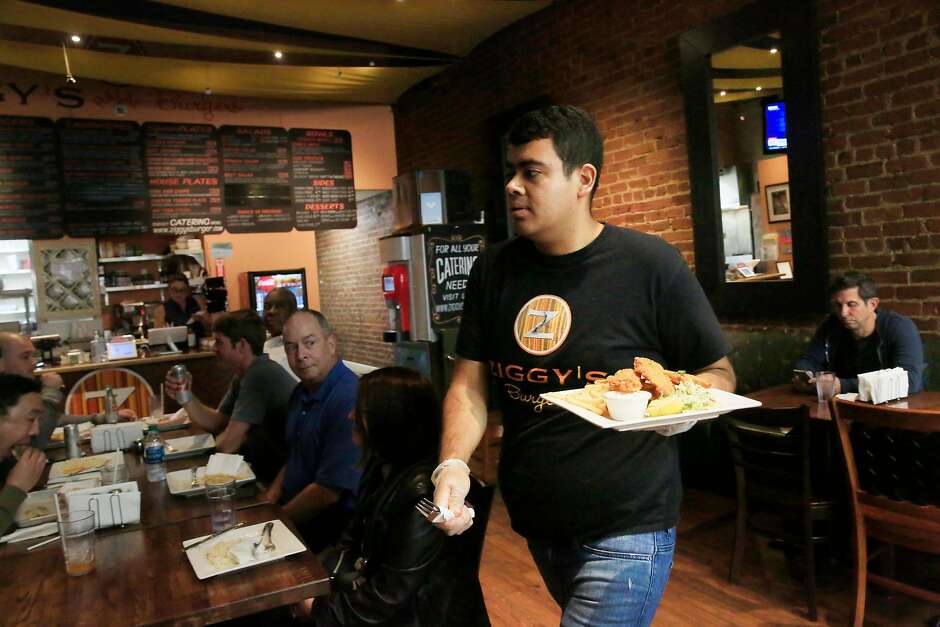 Already, many businesses in the city, including restaurants, are making the switch from single-use food ware to reusable products.

“It might be more bans or it might be working with a company or encouraging the public to act,” Wilson said. “You might think that cities can’t do much, but they really have a powerful voice if they step up and use it.”