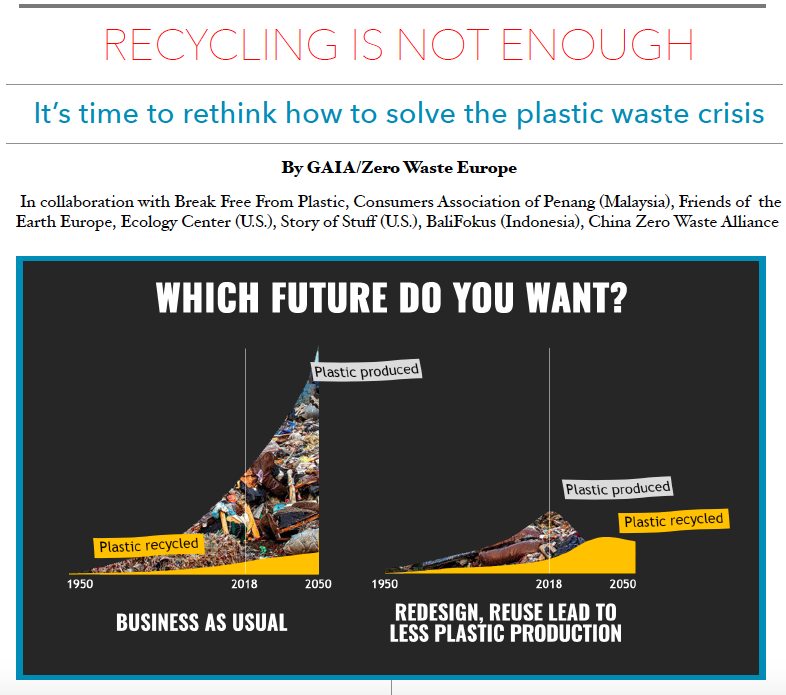 GAIA, with the help of core partners around the globe, did extensive research on the state of plastic recycling worldwide, and the immediate and potential long-term effects of China’s ban. Our research indicates that the only real way to solve the world’s plastic pollution crisis is to simply make less plastic.  Our key findings include: