A holistic approach to sustainability

Interview with Dr Mahmood A. Khwaja and Ms Maryam Shabbir by Dan Abril 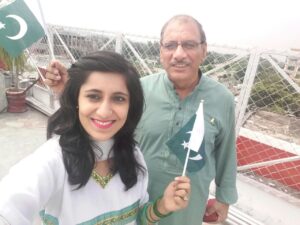 With its strong credentials, the Sustainable Development Policy Institute (SDPI) is Pakistan’s most sought-after NGO on social and environmental issues. Two of its prominent figures – Dr Mahmood A. Khwaja and Ms Maryam Shabbir are passionate about their advocacies and their enthusiasm is infectious.

SDPI’s Senior Adviser, Dr Khwaja recalls, “I have been with SDPI for over 25 years and this is a most cherished experience for me. Through SDPI, I got to know other people and other organizations and I’ve gained a lot working with them on issues such as Zero Waste.”

Meanwhile, fervent environmentalist Ms Shabbir who joined the organization in 2013 shares, “Being a young lady it was a challenge to get taken seriously. However, I see the gradual change and people no longer associate proficiency with age.”   A researcher for SDPI, she increasingly got involved in the organization’s communications work and eventually took over the role, “I didn’t recognize the value of communications before, I then realized that research not communicated is research left undone.”

Indeed, SDPI’s website and social media pages are filled with years of research and data. Even with the limitations imposed by the pandemic, SDPI continued with conducting research and launching publications. Late last June, SDPI released a report on climate-induced migration among women. The report documents the stories of women from the rural areas and how displacement had increased their vulnerability to sexual violence and economic insecurity. However, SDPI’s work is not limited to climate change. From food security to plastic waste and to hazardous chemicals, SDPI is truly a remarkable organization.

A brief history of SDPI

The foundations of SDPI were laid down as a follow-up to the UN Rio Conference in 1992, conceived by SDPI’s Founding Executive Director, Dr Tariq Banuri and others, including some members of the Pakistan Delegation at the Rio Conference. According to Dr Khwaja, “It was called the Earth Summit but nobody talked about the environment.”  It was also an opportune time as the government voiced a need for an independent non-profit organization to analyze environment-related policies and push for program advisories.

With initial funding provided by the Swedish Government, SDPI was established with the main objective of achieving sustainable development. Dr Khwaja explains, “Our approach is holistic. We mean it includes all social aspects such as peace, security, and the environment. Our definition is not limited to industries or the economy.”

SDPI is also one of GAIA’s earliest members. Dr Khwaja remembers, “We were invited to GAIA conferences. Like in South Korea, where we were first introduced to the recycling of electronics. It was such an experience to see huge equipment getting dismantled in 15 minutes.”

To discuss SDPI further, GAIA sat down with Dr Khwaja and Ms Shabbir who shared their current work and future direction.

Can you tell us more about SDPI’s work?

Our work can be described as a three-pronged approach to meeting our objective. We do research, we strategize campaigns based on research findings, and then we conduct awareness-raising. We also provide capacity-building support for other NGOs, the private sector, and even the government.

We also coordinate, cooperate, and involve the government in a lot of our projects. However, it’s a challenge to work with them but without this mutual support, our advisories and proposals will never get implemented.

Social media is also an important component of our work. It is such an easy and yet effective way of popularizing our work and reaching out to prominent figures and the mass audience. 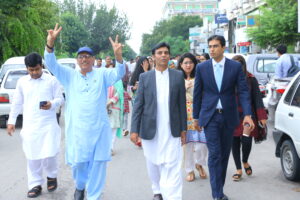 What are SDPI’s main ongoing campaigns?

We work on a lot of issues but one urgent issue we address is plastic waste. It is very harmful to the environment and it affects our nullahs (water pathways). Plastic waste clogs up our water systems and causes flooding; especially during the monsoons. The government has short-term and long-term plans to ban SUPs and we provided recommendations on how to involve people.

We also have an ongoing campaign on climate change. On that issue, we talk to different political parties and invite them on board. We send them recommendations and encourage them to participate in the discussion by asking questions on how to address the impact of climate change.

Among others, our latest book, “Poisons In Our Environment”, was released in August of 2020 and it describes the initial site assessment (ISA) of 38 waste sites in the country.

What are SDPI’s top priorities?

Aside from plastic waste and climate change, we also prioritize addressing land pollution. I would also like to add that when we had an initial assessment of the identified waste sites, farmers came up to us and shared that they used to have large harvests but now it only yields dry grass. Because of the surrounding industries, acres of land have become useless. We have done so much to address pollution but there is still so much to do. 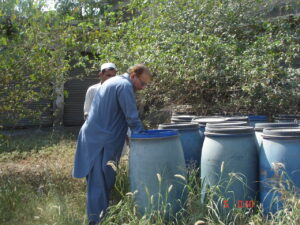 What are SDPI’s biggest achievements?

We were able to introduce environment-related legislation and sensitize policymakers on climate change. We were also able to implement pollution charges of 100 rupees per pollution unit and this fee was suggested by the industry sector itself. We found that it is easier for them to comply when they agree to the charges.

We also consider our identification of contaminated sites as an achievement since it is the result of years of hard work. Our work on mercury also provided vital information on where it is being imported and how much it is used in the country. With the mercury inventory, we were able to move forward and address it.

What challenges are you facing and how was your work impacted by the COVID crisis?

First, it is a challenge to work with the government and to bring them to a pace equal to ours. Second, government officials are not environment experts and you have to educate them first. And third, it is difficult to source funds. Several times, we were declined funding because what we do is not in line with the funder’s vision. That’s a sad reality not only for SDPI but for other non-profits as well.

Then in international meetings, the disparity between rich countries and developing economies is quite evident. With coal use, for example, richer countries do not understand the ground realities of poor countries including Pakistan. They have the technology, the money, and the experts to switch to advanced, clean energy sources. However, Pakistan can not be at that level yet. We do not advocate coal use but the reality is, it will take some time for us to switch to alternative energy sources.

As for COVID-related difficulties, our first thought was how to continue working. We lost one important aspect of our daily lives: social interaction. As such, project completion can be difficult since some partners are not used to the technology and prefer traditional methods. The truth is, this new system does not provide the opportunity for everyone to get involved and it has affected the way we gather inputs from stakeholders.

In addition, the cost of almost everything has gone up.  For organizations, it can be difficult to meet costs. Despite these, we were still able to launch publications and continue to engage with officials and communities so overcoming these difficulties can also be considered an achievement. 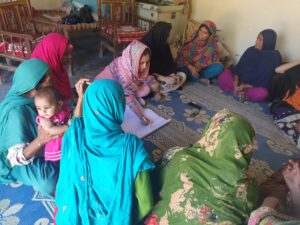 What are the main environmental issues that your country or region is facing?

Pollution. It is a transboundary issue and it cannot be solved by one country alone. What we need is a legally binding policy in South Asia and Southeast Asia. Since Asian countries share the same problems, we should work on a regional level and sign a pollution control agreement. If air pollution is minimized in one country, the neighbouring countries won’t be affected, inshallah.

How do you see your organization’s work evolving in the next few years?

In the interest of the public and the environment, we will retain our current priorities and we will move to face the challenges. We are exploring less-explored initiatives such as regional research programs and regional services in areas of hazardous wastes and chemicals.

And as we mentioned earlier, we also want to push for regional cooperation to solve our common problems. We believe that, collectively, we can find solutions and hold authorities and polluting industries responsible. 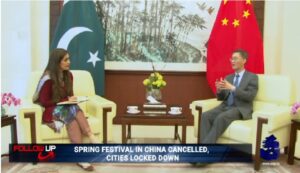 How does SDPI’s work on waste relate to social justice?

We have a very active reach-out policy to marginalized sectors and we institute a “No Discrimination” principle. If discrimination is seen, we react as strongly as possible. The concept of social injustice however can be very hard to accept for some people. People do not agree with it as much as they support environmental issues. But SDPI supports social justice principles.

Who do you admire most in environmental work, in PK or the world?

Not really related to the environment but there are people who affected my work, first my mentor, Dr Abbib Suleri, Executive Director of SDPI, he guided me a lot. If you don’t have a mentor and you have a skill, then your potential is not realized. Also, Dr Vaqqar Ahmed, Joint Executive Director of SDPI. He is still young but he already published several books and articles. He is an inspiration.

I admire my colleague Maryam, she is a passionate environmentalist and such a very thorough researcher. I admire her for that. I also admire Manny Calonzo and Dr Romy Quijano. I have seen them work at the national and regional level and when you see them in action, they are so motivating and inspiring.

However, for me, the position is irrelevant. I value anybody who is competent, skilful, and committed. Anyone with those traits, I admire. And I am glad to say that SDPI’s supporting staff display those qualities.

Interested in SDPI’s work? Dr Mahmood A. Khwaja may be reached through his email: khwaja@sdpi.org