The beginning: from frustration to action

PlastiCo Project is an organization from Ecuador that through its three main programs: education, consulting, and production, seeks to raise awareness about the problem of single-use plastics, reduce its consumption, and promote zero waste models.

Everything started back in 2017, when Andrea Lema (founder) was working on a campaign to raise awareness about the use of plastics in the Galapagos Islands. On the surface of the island everything looked relatively okay, she did not see much trash, and the islands seemed to be a clean place. But she really faced the magnitude of the problem during a diving project on the islands. Andrea explains that one day, at about 20 meters underwater, she faced the worst surprise when bottles, bags, and microplastics started emerging from under the sand – “I couldn’t believe it. I never imagined that the situation was so critical in the Galapagos”, affirms Andrea.

“The problem of plastics is not only in the oceans. It’s also in the cities, which is where it is generated in the first place.”

Months later, when she returned to Quito, Andrea started feeling uncomfortable with everything related to waste and plastics: the amount of waste produced, even in her own house, the consumption patterns and habits, and how easily people discarded containers without thinking it twice. She even started questioning her career as an economist, “Although I was an expert in conservation issues, my lifestyle or my daily habits didn’t fit with what I was doing as a professional,” she said.

Andrea shared her frustrations with a friend, and together they decided to take action, and find a way to show that the problem of plastic is everywhere. PlastiCo Project was born aiming to create spaces for environmental education, and with the intention to bring clean ups to the next level, by conducting brand audits that would allow them to influence decision makers, and pave the way for the implementation of zero waste models in Ecuador. 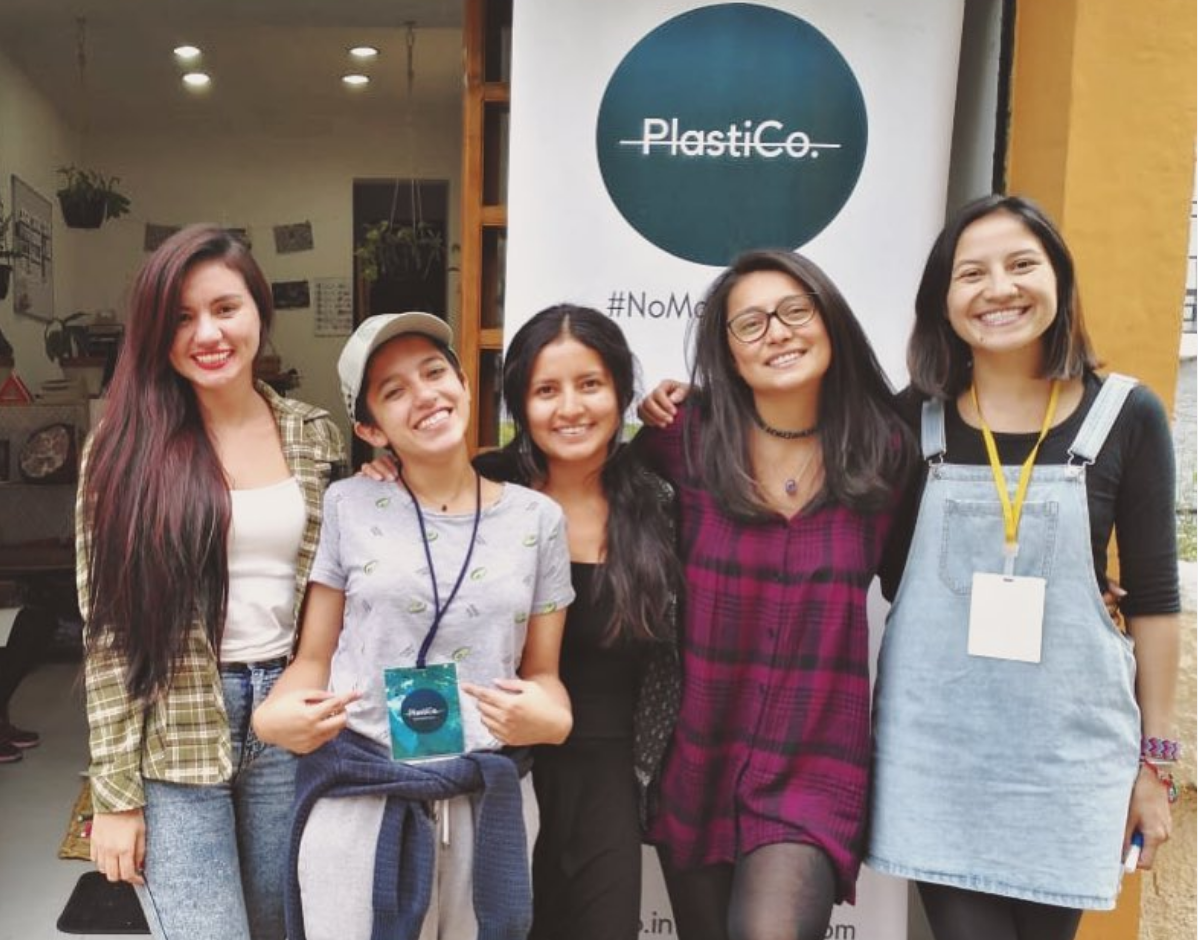 Waste as an indicator, and challenges of the plastic crisis

Today, PlastiCo Project works in four provinces of Ecuador and has conducted more than 45 brand audits and cleanups, providing significant data that has allowed them to participate in roundtable discussions with local decision makers. “With brand audits we can develop indicators about consumption patterns, that can serve as a guide to help local authorities take appropriate action,” comments Andrea.

San Pablo Lake, home to an indigenous nation of northern Quito, was PlastiCo’s first big success. Five cleanups and the collective work of volunteers and local citizens, lead to a series of proposals that included a plan of action to recover the lake, and the implementation of a selective waste collection plan. In addition to that, the community is organizing to bring composting to town, and develop a community composting program.

“We keep hearing recycling is the solution, but it isn’t”

In spite of the growing activism against single-use plastic that has emerged during the past few years in Ecuador, Andrea Lema identifies some challenges that still makes their work difficult. Most recently, the plastics industry lead a campaign that encouraged people to continue using plastic, using the argument that it can be recycled. On the other hand, the lack of information continues to be an obstacle that allows the entry of plastic to even the most remote places of the country. PlastiCo witnessed it happening in the community of the Cofanes in the Amazon, a region that is now full of plastic. “They say plastic has improved their lives, but they never used before and now they don’t know how to get rid of it. That’s why this is a major crisis. Historically, plastic wasn’t part of their lives” adds Andrea. 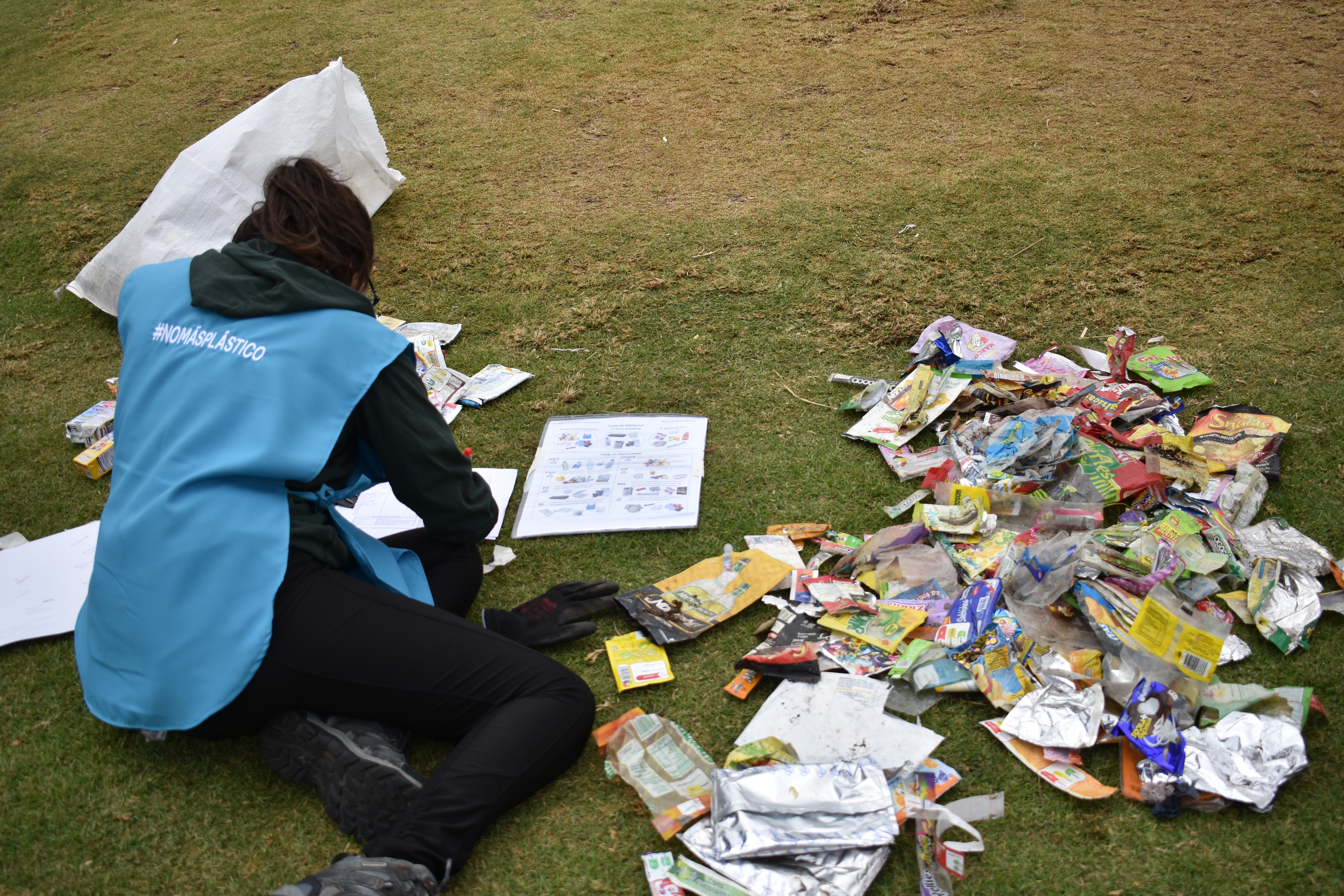 The future of PlastiCo Project

Ecuador was the first country to recognize the Rights of Nature in its constitution, but according to Andrea Lema, their environmental strategies do not show it; that is why it is important that organizations like PlastiCo exist. According to Andrea, looking forward, PlastiCo’s next big challenge will be to connect the problem of plastic pollution with global warming: “Ecuador is one of the richest countries in terms of biodiversity, and global warming is visible here. We can clearly see its impacts. Our glaciers are melting, the paramos are disappearing and the rivers are drying; however, we have a model of economic growth based on extractivism ” explains Andrea.