Hi Young, can you give us a brief history of your organization?

Post-landfill action network (PLAN) started as a moveout program on the University of New Hampshire campus when co-director and co-founder Alex Fried noticed that there was a lot of trash on college campuses when people moved out. He created a move-out program there to prevent waste and wanted to replicate it at other universities. That grew into a lot more. We still help with move out programs but we also do composting initiatives on campus, and we have a #breakfreefromplastic campaign we’re working on as well. Our member base is universities, and we act as consultants to them, so they can call us whenever they want, and we use our experience as student organizers to coach other student organizers. We also connect universities to each other so they can learn from one another, so they don’t have to reinvent the wheel.

What are PLAN’s top priorities?

What are  your main ongoing campaigns?

We hold a conference every year 600 students. It’s Really fun, and completely zero waste! This year’s conference is happening in Philadelphia on October 11-13. 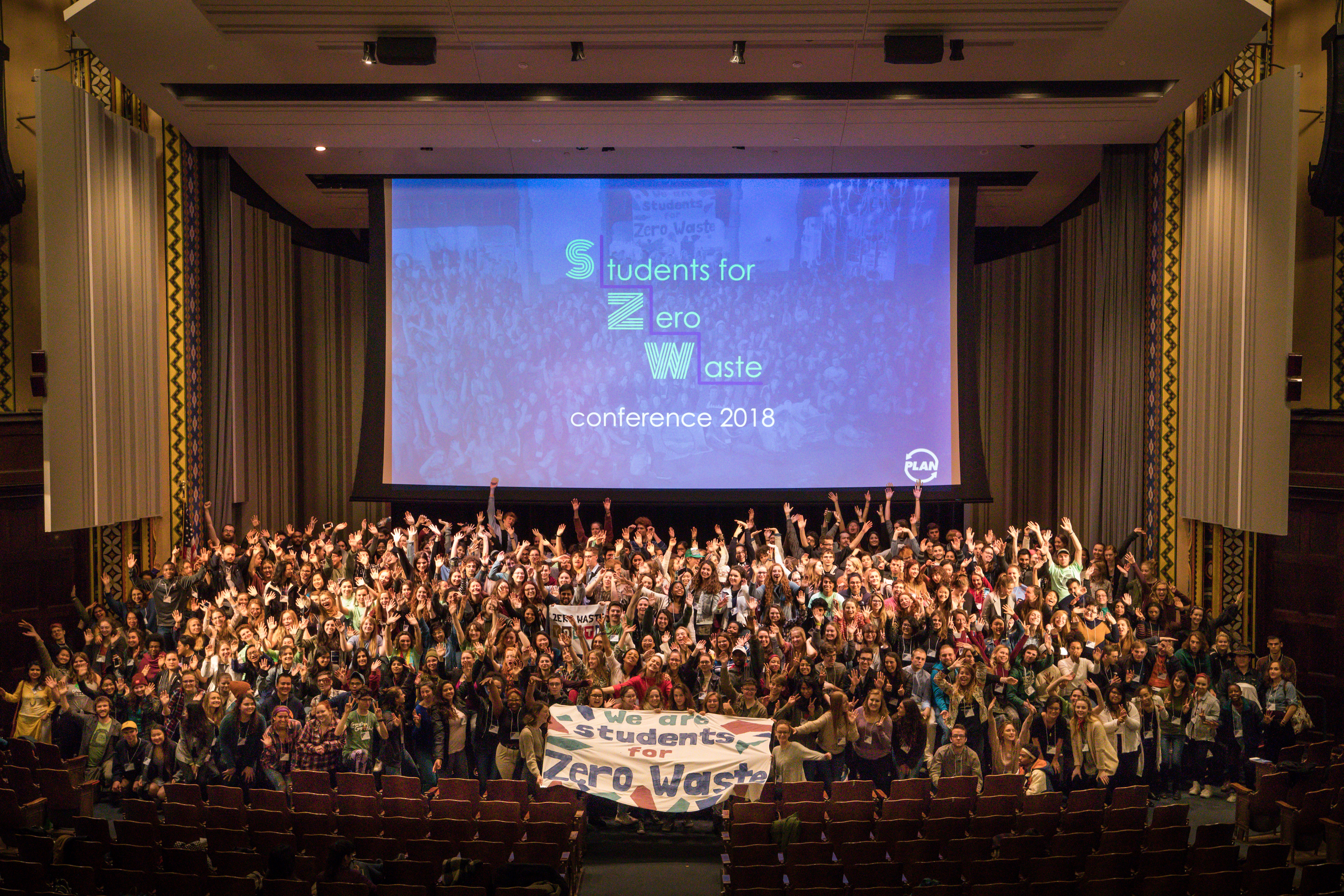 We always face the issue of each university being very unique. Although we can apply some similar tactics to schools they are very different, need very different things. The administration is usually slow and bureaucratic. There’s also the issue of turnover– students are only on campus for 4 years, so the administration moves slowly because they know campus organizers leave.

What are the main environmental issues that your country is facing?

The plastic movement is really popular right now. Plastic is a buzzword. A lot of campuses are interested in getting rid of styrofoam, bottles, etc. So we’re saying let’s get rid of all plastic!  Another program that’s hot right now is our Atlas program, which maps the road to zero waste. One of the main problems that the Atlas program solves is that a lot of departments involved in the waste cycle in universities– like housing, dining, and facilities– don’t talk to each other. To go zero waste it takes systematic change that everyone needs to be a part of.  So atlas does campus-wide audits of universities’ waste infrastructure, and then provides suggestions on how to get rid of plastic, make composting initiatives on campus and other zero waste strategies.

How do you see PLAN’s work evolving in the next few years?

We’re revisioning our strategic plan to focus on supporting underserved universities, like Historically Black Colleges or Universities (HBCU), or Minority Schools or Institutions (MSI). We want to address larger social issues related to waste. That needs to involve conversations with these universities because they’re affected the most. We’re a 6 year old organization, and  when we started we were just a move-out program. Now we’re a consulting organization that also does organizing and has a conference so it’s hard to determine where our growth will be next, but we will adapt to what universities need most.

No one can do everything but everyone can do something .

What are your thoughts on the waste crisis that many universities/students are living in right now? Having universities as a constituency is already addressing a privileged group of people. Many of them don’t face the waste crisis to the same extent that marginalized communities do. It becomes most prevalent as a crisis during move-out times. Fast-moving consumer brands like Target or K-Mart sell plastic lamps, chairs, etc. that people are meant to use for 6 months and then throw away. Everything is perfectly useable but they’re so cheap so you don’t care about them, or they break through planned obsolescence.  My girlfriend is still in college and she can walk through her campus and find perfectly usable stuff on the street. So far we’ve adopted two microwaves, a loveseat, two toasters, two futons, a lamp, a big chest that locks, a china cabinet, two dining room tables, and two chairs. That’s not even all of it. Students have a lack of knowledge of their impact when they throw things away. instead of taking it to goodwill, or the food pantry we have on campus. A third of our campus is food insecure, but a lot of food gets thrown away. Seeing bean bag chairs getting rained on is a common occurrence. It’s so sad that these things that are perfectly fine that people could use go into the trash. 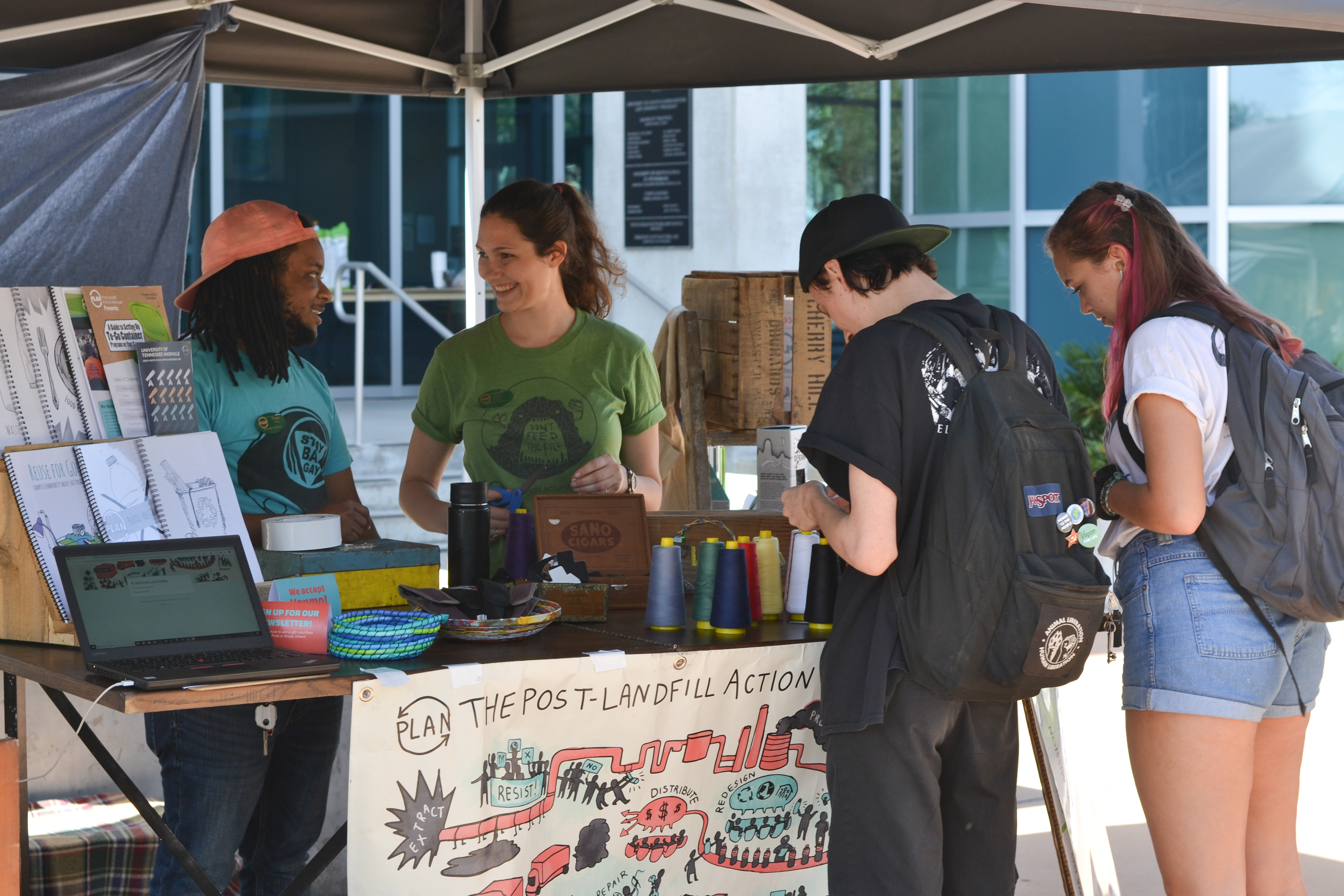 Do you collaborate with partners in other regions? If so, how?

Yes, one of the main ones we collaborate with is #breakfreefromplastic with our campus pledge. The Campus pledge provides steps to get rid of plastic on campus. Here are the three main aspects of the pledge:

Last year we ran a point of intervention tour, with the motto that “no one can do everything but everyone can do something.”Through this tour we addressed how there are many steps involved in waste cycle, and there can be resistance, change, and a fight for social justice at every one of those levels, from extraction to disposal, where often low income communities and communities of color are most impacted.  All too often a culture of white supremacy shows up in organizing spaces in general, and PLAN  is working hard to address this. We have a Diversity Equity and Inclusion mandate that stipulates that those most affected by this movement should be the ones making the decisions. Waste must always be linked into social justice, and social and environmental justice are the same thing.

Are you a young person interested in bringing zero waste to your campus, and learning from zero waste experts across the country? REGISTER NOW for PLAN’s Students for Zero Waste Conference!