MEF was set up in the Philippines in September 1998 by a group of 15 women and men passionate about bringing proper waste management and environment protection to the community—an advocacy that is close to their hearts and which they planned on doing for a long time.

More than 20 years later, MEF has become a go-to organization for enabling local governments and NGOs in implementing Zero Waste programs in communities. Thus far, MEF has worked with four urban cities, eight barangays (villages), one province, and one island province in the Philippines—some of which are recognized outside of the Philippines as Zero Waste models. MEF has likewise enabled and/or supported other organizations in Asia to implement Zero Waste programs in their own countries.

Led by Women and Driven by ‘Inner Ecology’

It was a garbage crisis in one of the upscale villages in Quezon City that brought MEF to people’s radar. Sonia Mendoza, its chairman, along with four other women volunteers, also members of MEF, rallied the villagers to segregate their waste, and converted an empty lot into a central composting area and garden. Soon people started coming to the village to see their model and learn how to duplicate it.

What sets MEF apart in their waste management training is the module on Inner Ecology. In this module, the group emphasizes the value of setting one’s heart and mind to care for the environment. They do not jump right away into lectures on how to reduce-reuse-recycle, segregate, and compost. They first talk about the value of caring for the environment. This module was primarily taught by former actor Roy Alvarez who was also one of MEF’s founding members. From Inner Ecology, they go into the whole system of waste management. They have a collection system in place, as well as recycling which involves not just the community but the waste workers. 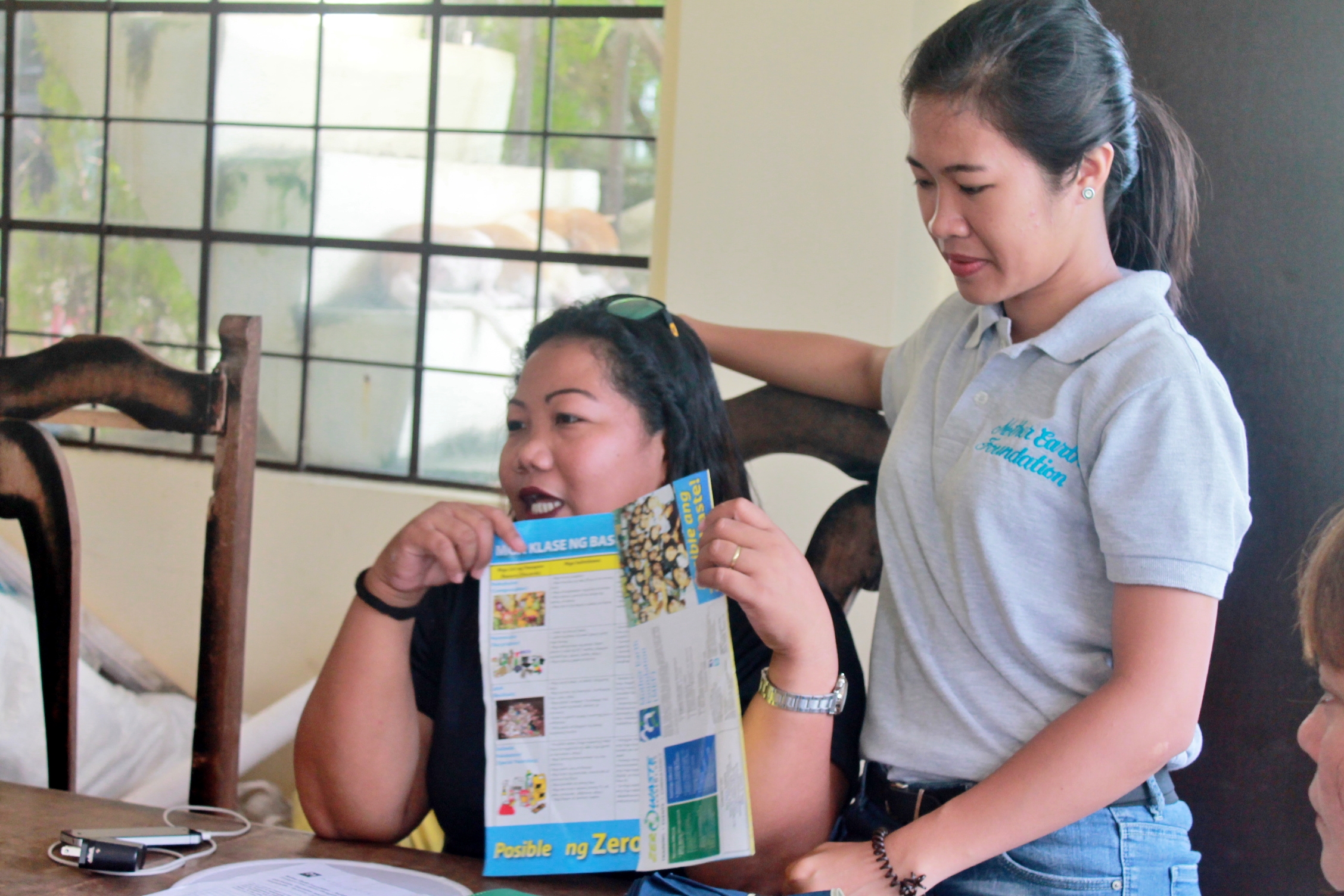 Through the years, MEF has made their program more holistic by involving cities, the youth, waste workers, and piloting a Zero Waste store.

To date, MEF has Zero Waste models in four cities in the Philippines—the City of San Fernando, Malabon City, Tacloban City, and Navotas City—and is working with the province of Nueva Vizcaya, which is composed of 15 municipalities.

MEF has always emphasized the importance of support from local government officials in effective community Zero Waste program implementation. In the City of San Fernando, for example, the mayor gave Php150,000 (roughly US$3,000) to each barangay for them to build their materials recovery facility (MRF) and Php50,000 (roughly US$1,000) in construction materials for private subdivisions. The city, which has 35 barangays, now has 92 operational MRFs. Through their Zero Waste project, waste that goes to the landfill has been greatly reduced. Estimates show that if San Fernando would abandon its Zero Waste program and bring all of its wastes to the landfill, it would spend Php 70 million (roughly US$1.4M) a year for hauling alone. With its Zero Waste program in place, the city is spending only Php15 million (roughly US$300,000). 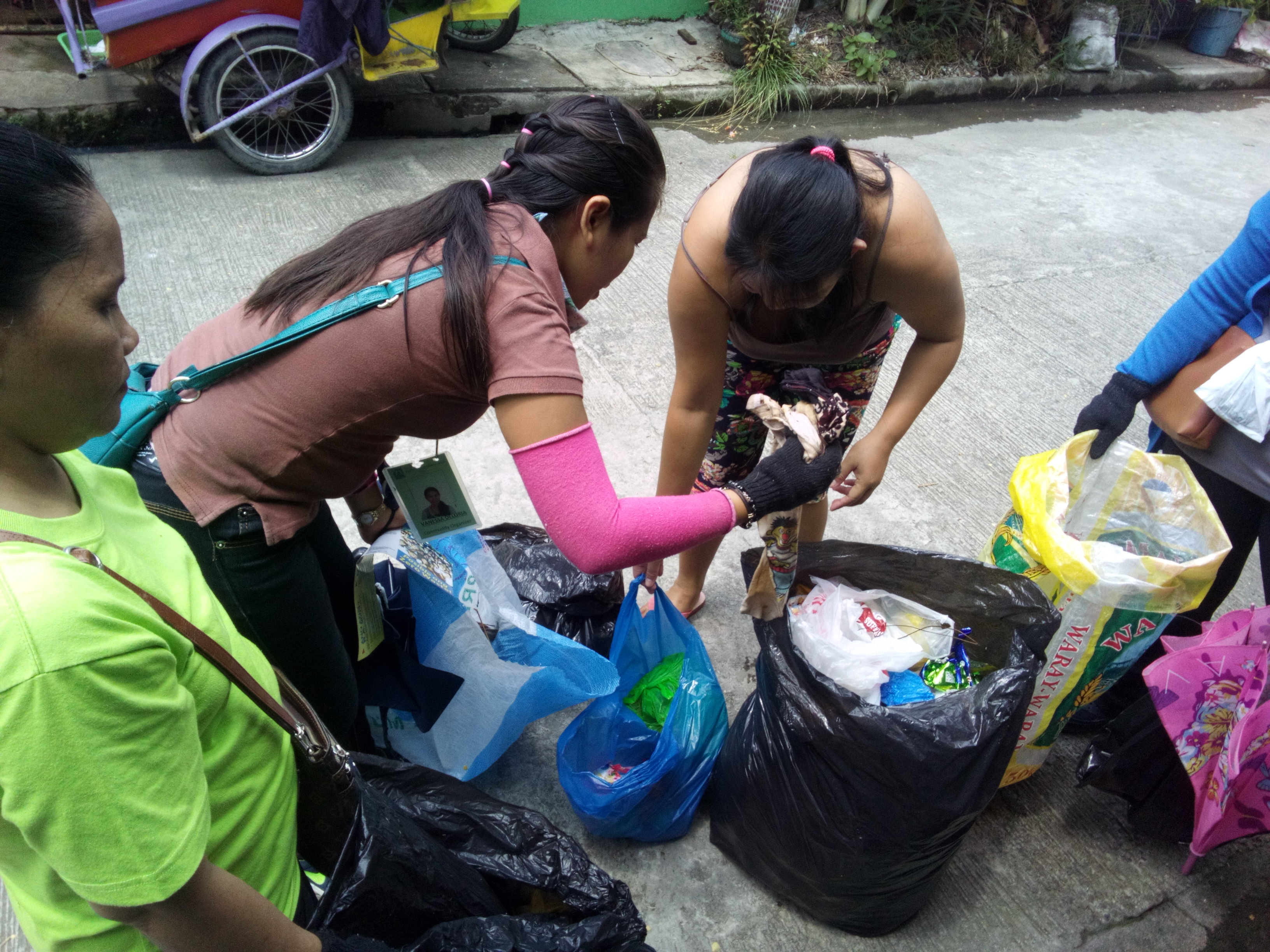 MEF, together with GAIA and Citizen consumer and civic Action Group (CAG), co-developed the Waste Assessment and Brand Audit (WABA) tool which is being used as the basis of the Break Free From Plastic (BFFP) movement cleanup and brand audits. WABA data showing the volume of single-use plastic from big corporations greatly supported the call to big corporations to drastically reduce the production of single-use plastics. MEF likewise developed the household WABA tool which is being used in the Zero Waste Cities project.

Recognizing the role played by the youth in communities and schools, MEF helped establish the Zero Waste Youth Pilipinas and continues to engage the youth in Zero Waste Schools, Youth Camps, Youth Convergence, and Youth Caravans. MEF through their youth volunteers is instrumental in the declaration of January as Zero Waste Month in the Philippines.

Once a year, a day is set for Waste Workers Appreciation Day where waste workers in all of MEF’s project sites are treated to a day of pampering. They are given free medical and dental check-ups, manicure and pedicure, and massage courtesy of MEF volunteers and treated to performances courtesy of MEF staff.

MEF, through its Zero Waste store, JuanaZero, also provides scholarship grants to deserving children of waste workers. The store is currently housed in the MEF office in Quezon City. It is a refilling station for common household condiments and other Zero Waste products. The plan is to set up a store in all MEF project sites. To date, the scholarships are available to 50 children.

MEF in the Coming Years

While there were challenges along the way, MEF which now includes a team of around 12 men and women in the field holds on to the vision of a Zero Waste Philippines. They want Zero Waste models to be replicated and a Zero Waste Museum is also in its ambitious pipeline.

Is there hope for the waste management issue in the Philippines? Mendoza believes so. “Hope springs eternal for me for the Philippines and the world,” she said, adding: “Love Mother Earth with all your heart!.”

Mother Earth Foundation is a Philippines NGO actively engaged in addressing waste and toxic pollution, climate change, and other health and environmental justice issues, and best known for its Zero Waste advocacy.