Bringing the arts, the sciences, and Zero Waste advocacy into harmony

Interview with Liam Prince by Sonia Astudillo and Dan Abril 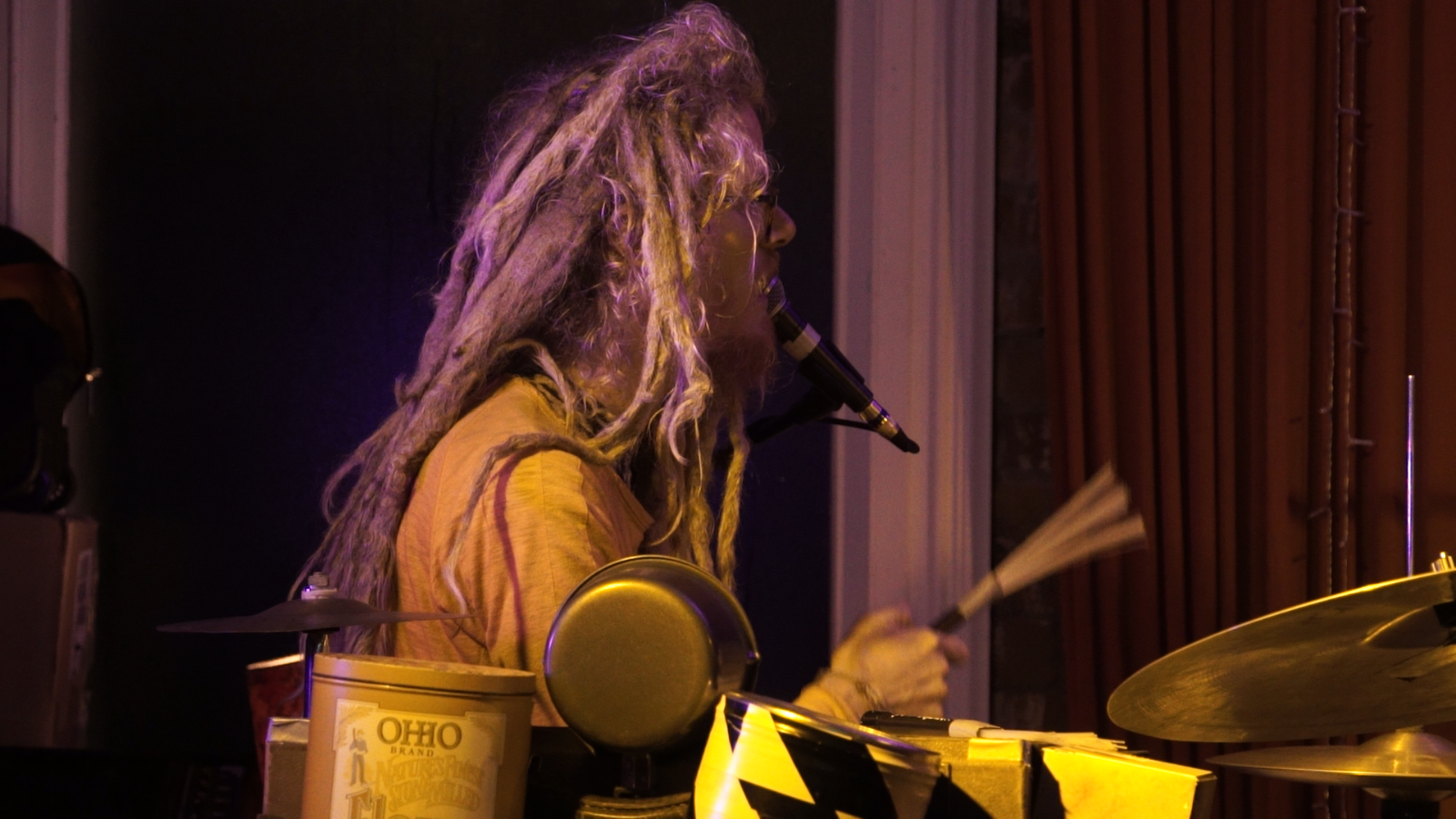 Troubled by mounting plastic waste, Liam Prince, a music major and jazz artist – together with his partner Hannah Blumhardt made the life-changing switch to go Zero Waste (ZW).

Beginning with the goal of living without producing any rubbish, Liam and Hannah soon discovered that going Zero Waste was not at all arduous and in return, they found that the project allowed them to save money and eat healthily. “It was a positive experience and we wanted to learn more about Zero Waste solutions.” 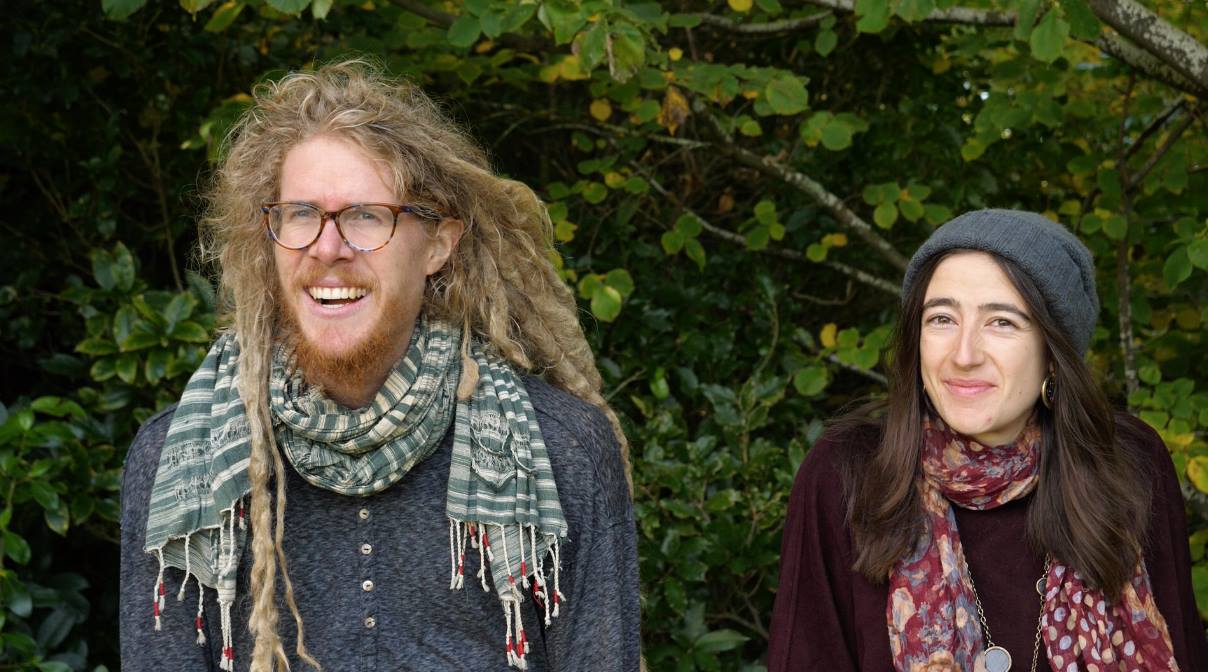 There was no turning back.

The couple then launched The Rubbish Trip – a ZW roadshow offering free workshops and presentations to communities, workplaces, and schools around New Zealand. Now six years later, Liam is the Chair of a very dynamic and proficient network of ZW advocates and researchers, the Aotearoa Plastic Pollution Alliance (APPA).

Here, he talks passionately about APPA’s role in facilitating conversations and collaborations between disparate groups of people and how he envisions a future where APPA is connecting national and international ZW advocates.

A brief history of APPA

APPA came into being through simultaneous initiatives of groups of scientists and researchers. Out of a preliminary group of 8 people, three can be considered as the core:  Dr Trisia Farelly, an environmental anthropologist, Dr Erik Behrens who works for the National Institute of Water and Atmospheric Research (NIWA), and Ella van Gool, a doctoral student in marine research.

Ella was the chairperson of APPA in the early days. Recently, she wrote a blog post on one of APPA’s influential and impactful members, Richelle Kahui-McConnell. Richelle was really interested in linking western science and traditional Māori and Pasifika approaches to plastic waste and pollution. She provided a great foundation for APPA and contributed essential values with regards to indigenous worldviews to the organization.

Currently, APPA has 40 members composed of individuals, organization representatives, and council or local government staff who work on many issues around ZW using different approaches to reach the joint goal. 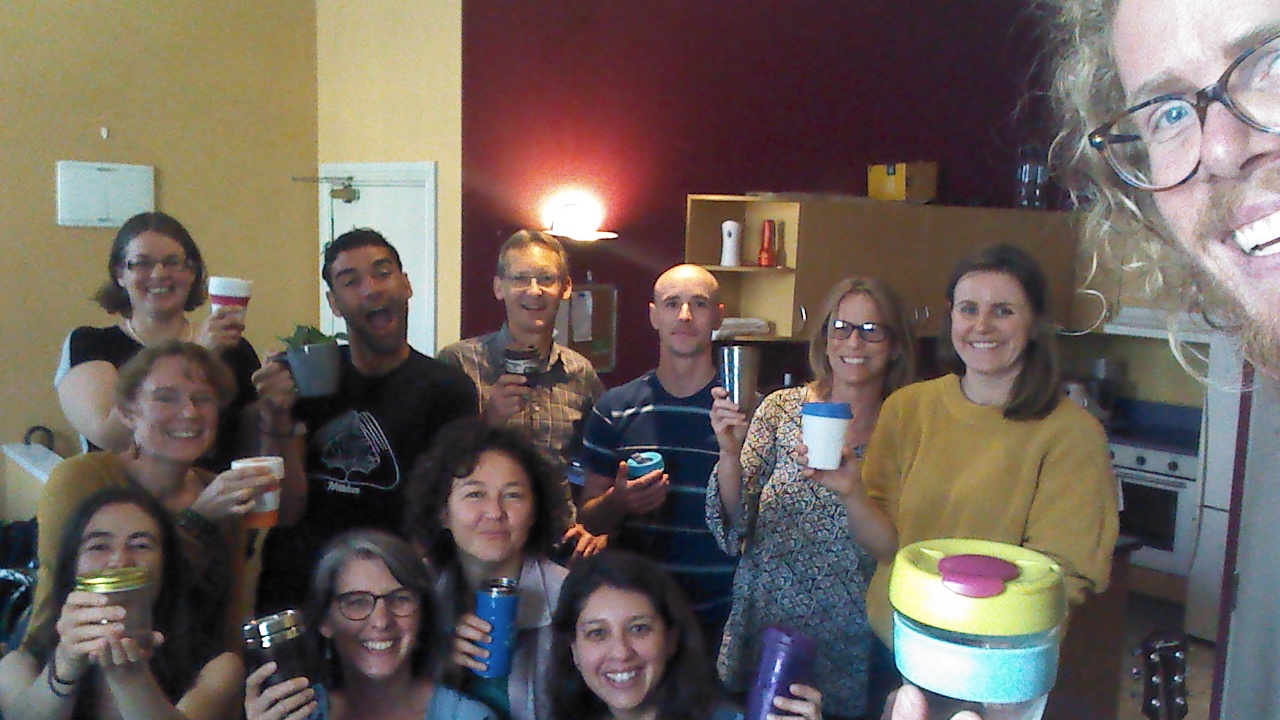 What are APPA’s top priorities?

We have monthly meetings where we get to know each other and stay up to date on everyone’s work, and learn about local and international issues. We also organize and host occasional events. In our first year as an official organization, we held a public meeting at the Museum of New Zealand Te Papa Tongarewa and we invited panelists to speak on plastic pollution, and held another for Plastic Free July in 2020. Right now, we are organizing another conference for both APPA and non-APPA members in Wellington later this year.

We also do advocacy work, particularly in government consultations on plastic policies, landfill levies, environmental management of reserves and more. Last year the government proposed the phase-out of hard-to-recycle SUPs. It was a very encouraging proposal and we support the banning of SUPs but we also pushed for action on a wider range of products and recommended phasing them out sooner than proposed. Recently, we submitted to the New Zealand Climate Change Commission when they released their first draft on a pathway to reduce emissions. We emphasized the need to implement ZW and circular economy policies with a focus on consumption-based emissions. The Commission has subsequently adopted a number of these proposals we and others in the ZW community called for.

What are APPA’s biggest accomplishments/achievements?

We have scientists with few avenues to share their plastic pollution research and we also have artists who produce art on plastic pollution – artists often do not get the chance to speak to scientists and vice versa. APPA is the meeting point in the middle. We provide the platform for collaboration. 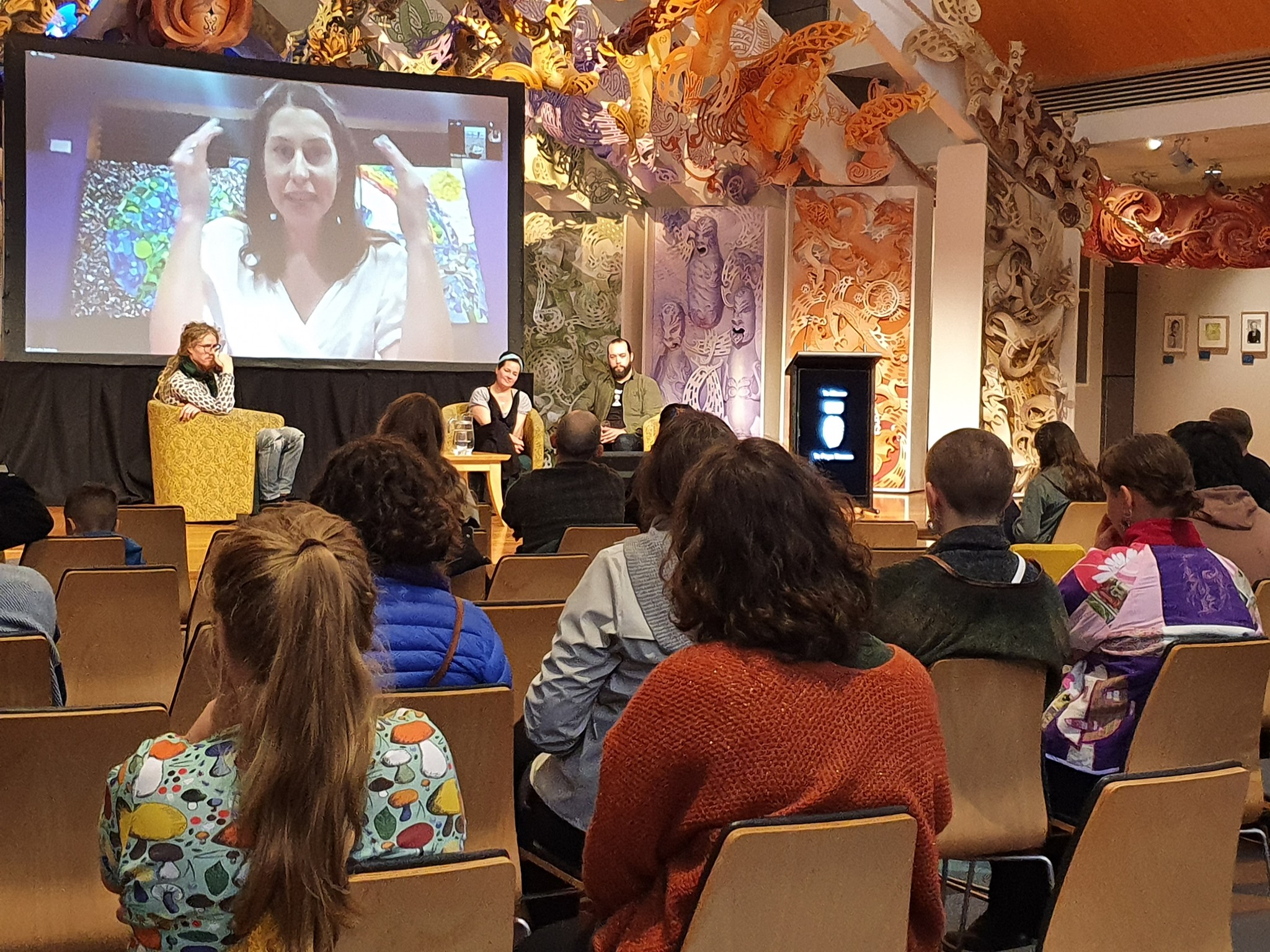 Many of our members are leading experts in their area, involved in influential reports and strong international collaborations.  For example, many contributed, but one member was involved in the core committee of Rethinking Plastics, a very influential paper that the New Zealand government used many times for proposals since it was published. Having our members involved in those spaces and then those members feeding other APPA members the information, we create an ecosystem for learning from each other and influencing other members’ perspectives and taking those perspectives back to their own spaces where they can create change.

What challenges are you facing?  How is your work impacted by the COVID crisis?

COVID-19 hasn’t affected us much except we are seeing PPE in the streets and it washes up on beaches. Unfortunately, those materials are lightweight and can easily escape into the environment.

New Zealanders are very concerned about plastic pollution, but are often confused about which are the best alternatives. Some are switching to alternatives that are not necessarily better. We recognize that single-use products of any material are not the solution. Plastic is a massive problem and we need to change; but we also have to be careful and be aware that our proposed changes do not cause other unwanted problems. 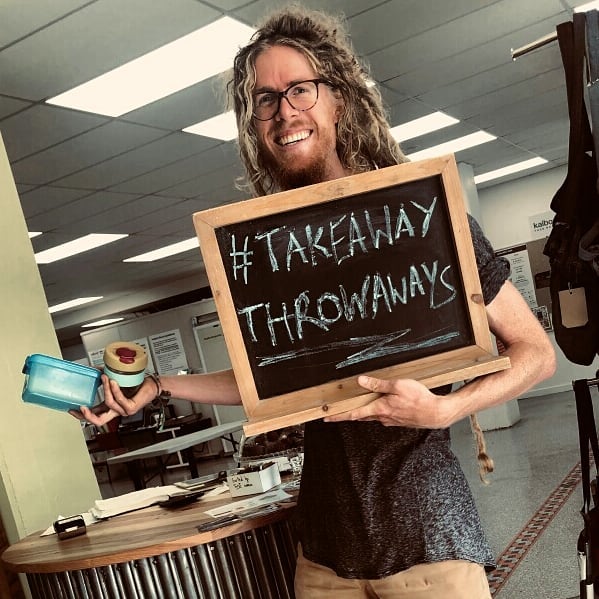 How do people respond to alternatives? Are there people who support incineration?

Like elsewhere, there was a push for developing WtE incinerators, particularly at the local government level. None has been successful so far. There could be a number of reasons, one is that we don’t produce enough feedstock for incinerators; second, is that people in government are sceptical, and third, it is not economically viable. The previous Associate Minister for the Environment in charge of the waste portfolio, Eugenie Sage, herself said that “Incinerators treat the atmosphere like a landfill.”

What are the main environmental issues that your country/region is facing?

The plastic waste which we produce is hard to recycle within New Zealand and large quantities escape  into the environment. Ocean currents are one reason why some of New Zealand’s waste is found along coastlines of Pacific Islands. In effect, the tourism and fisheries of those countries are being affected.

Pacific countries are also vulnerable to rising sea levels as a consequence of climate change. Their contribution to climate change and increases CO2 levels is small compared to New Zealand and Australia, which should be held more accountable and more strongly support climate mitigation efforts of island nations. 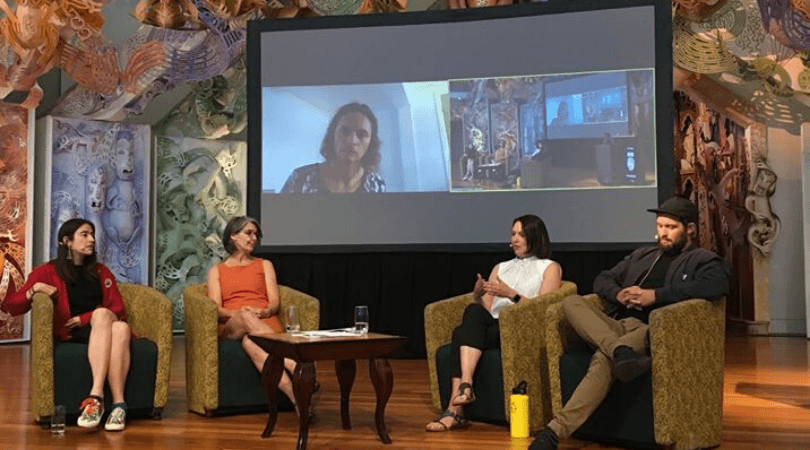 How do you see your organization’s work evolving in the next years?

We are working to raise APPA’s profile and make the best use of the group’s expertise. Our members have so much untapped potential. We also want to be seen as an organisation where business and government can come for advice on how to move away from plastic use. If we can grow our collective expertise and our credibility, then maybe someday, an APPA conference will be a venue where people who are working in this space will want to be in. 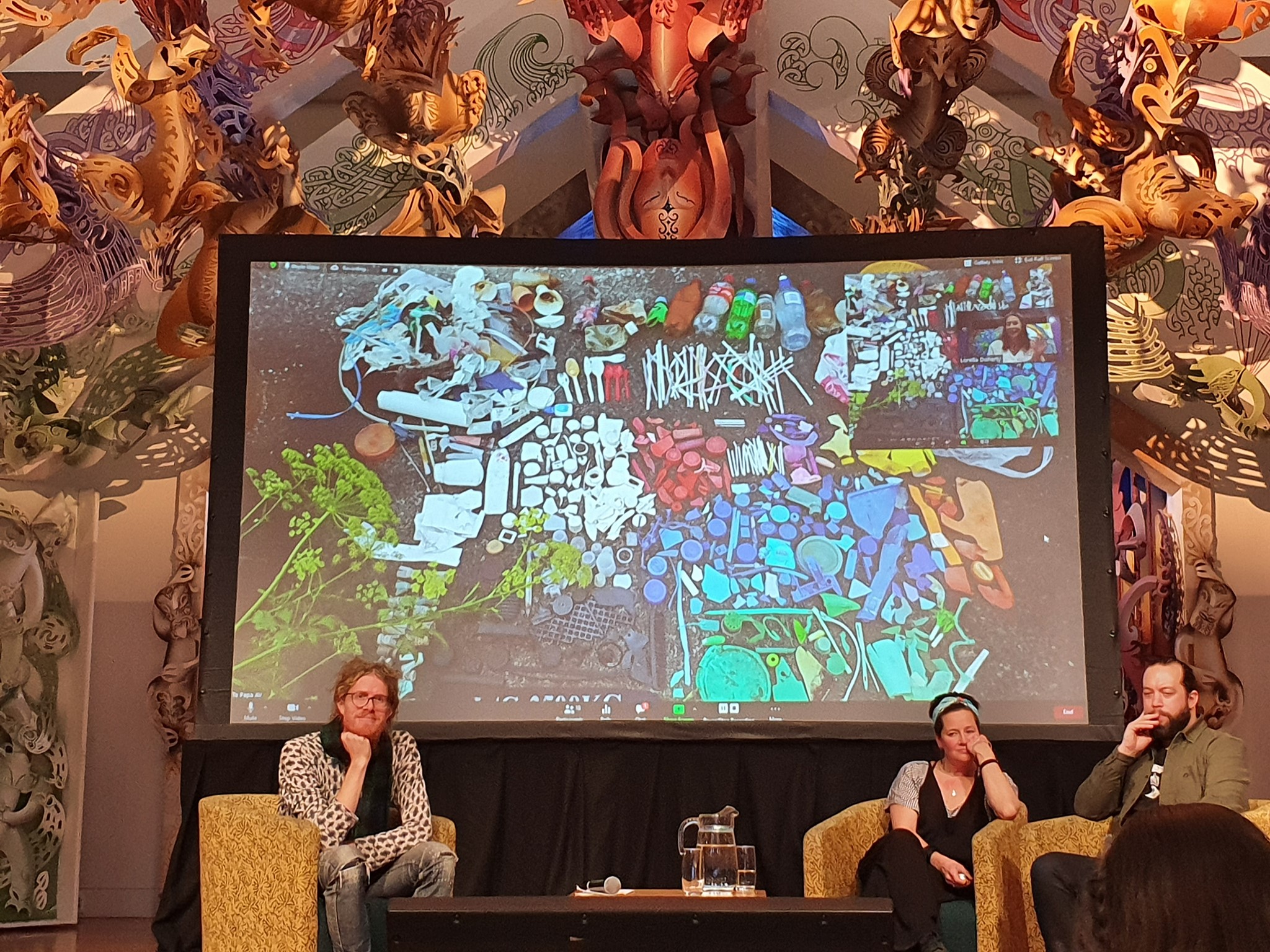 We import plastic resins, as well as many manufactured plastic products, and we don’t have regulations to ensure that those are sourced from places with set environmental and ethical standards. There is no transparency about whether or not we import from places where there is documented evidence that marginalized and BIPOC communities are being harmed by the local plastic industry.

We are essentially a colonial society.  We brought our economic and legal system and imposed them on Māori society.  Plastic packaging and the way we deal with waste are harmful and are imposed on a society that didn’t have those practices before. In some cases, government authorities took Māori land for public works and used it to build landfills, and we live with the consequences of that today. It is continuing colonization.

Who do you admire most in the environmental work (in New Zealand or the world)?

Tina Ngata is very inspirational. She is a leading indigenous people’s rights activist in Aotearoa. She advocates Māori knowledge and traditions in tackling the plastic waste problem.

She is a good communicator and very amazing. She says what needs to be said and she speaks a lot of truth even though it’s uncomfortable for a lot of people. I respect her for her work.

Zero Waste Aotearoa has done a lot of work for decades, and has a wide network of people working on plastic pollution and ZW. They also have activities that go to the grassroots and up to local governments and businesses.

Para Kore does brilliant work supporting Māori communities towards Zero Waste. Through going back to traditional Māori knowledge and traditions, both Māori and non-Māori communities are learning to go Zero Waste. Right now, they have nearly 500 Marae under their ZW programmes. It is hugely valuable  to be able to communicate the importance of ZW from a Māori perspective.

Sustain Aotearoa has progressive business models for low and ZW approaches to go grocery shopping. The organisation works with suppliers and farmers to reduce packaging and waste.

Tina and those amazing groups are doing amazing work to promote ZW and it is reassuring that despite the damage brought by plastic waste,  there is still a lot we can do to repair those wrongs. We must turn our damaging habits of overconsumption and wastefulness into opportunities to create wellbeing for people, the planet, and all living things.