“The recent news about waste shipments being discovered at the shores of the Philippines, Indonesia, and Malaysia is alarming. When the wealthy nations clean up, it should not have to be at the expense of the developing world. Governments in Asia, which has become the world’s new dumpsite, must strictly guard their territories against waste smuggling from richer countries,” said Beau Baconguis, Plastics Campaigner of the Global Alliance for Incinerator Alternatives (GAIA) Asia Pacific and Break Free From Plastic Asia Pacific coordinator. 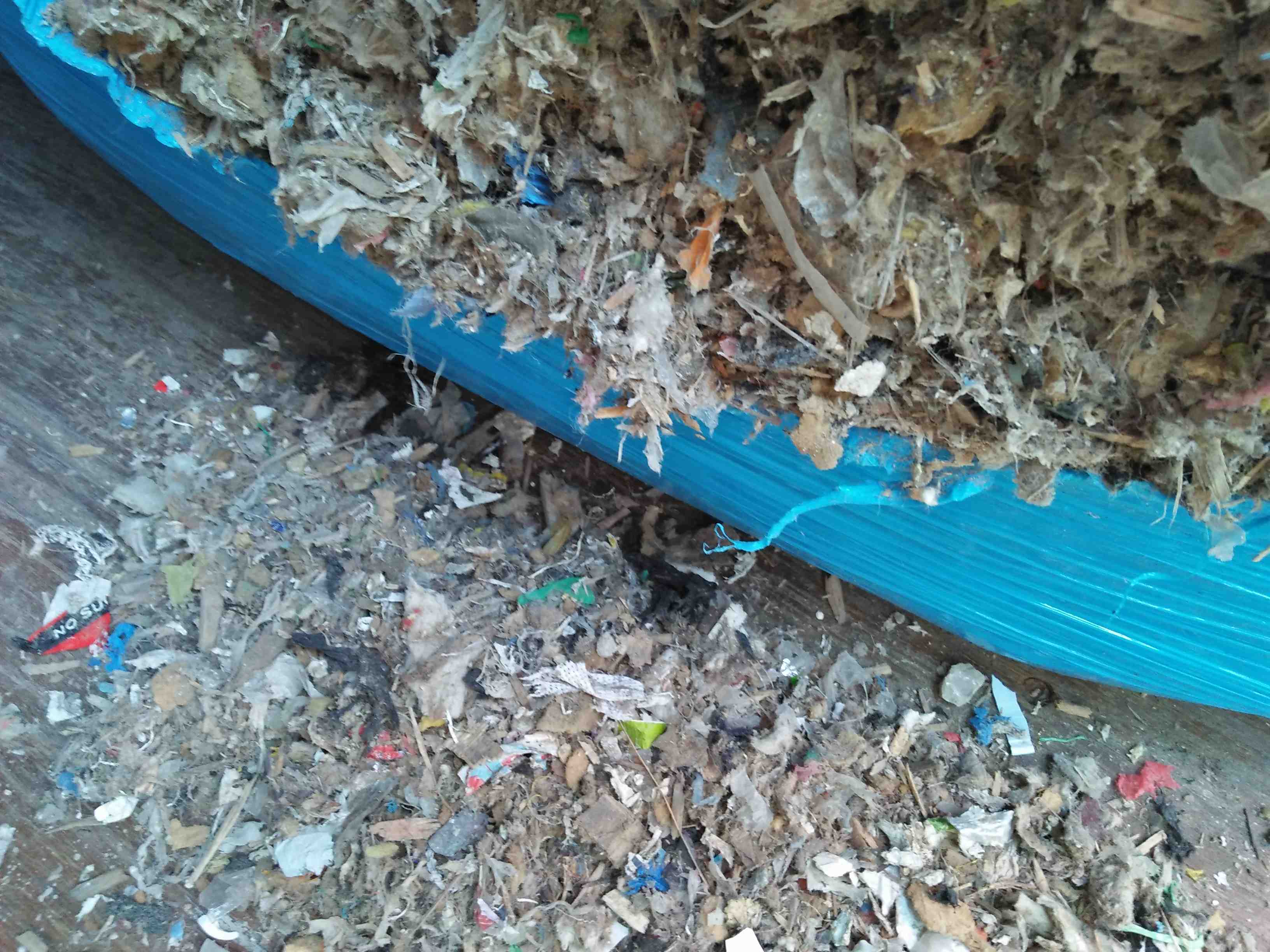 Photo taken by the EcoWaste Coalition during the inspection of container vans containing municipal waste/processed engineered fuel (PEF) imported from Australia. Photos taken on 22 May 2019 at the Mindanao Container Terminal, Tagoloan, Misamis Oriental.

Early this month, waste shipments from Australia arrived at the Mindanao International Container Terminal in Tagoloan, Misamis Oriental in Southern Philippines. These were declared as municipal waste/processed engineered fuel (PEF) intended for the cement company Holcim. The news of the shipment broke out as the Philippine government is demanding the Canadian government to take back 69 containers of illegally shipped wastes found in the Manila port in 2013 and 2014.

“The entry into our country of residual wastes generated by Australia’s commercial, industrial, and construction sectors in the form of cement kiln fuels looks like a devious disposal scheme. Described as ‘municipal waste’ in the shipment declaration, Australia is able to get rid of its residual wastes in a profitable way by converting and relabeling them as processed engineered fuel for export to developing countries like ours. We question this latest scheme of foreign waste disposal,” said Aileen Lucero, National Coordinator of Ecowaste Coalition.

Meanwhile, early this year, at least 60 shipping containers carrying hazardous and toxic wastes have been piling up at the Batu Ampar port in Batam, Riau Island, in Indonesia for five months. Earlier, a shipment containing waste from foreign countries was discovered in Tanjung Priok Port in Jakarta.

“This has to stop. It is the height of hypocrisy for the richer countries to be presenting themselves to the world as having good waste management system, while at the same time, polluting us and calling us the world’s biggest polluters. Shame on them! Come clean up your mess and stop producing so much waste,” said Yuyun Ismawati, co-founder of BaliFokus/Nexus3.

Earlier this week, news outlets reported that the Malaysian government has already sent back to Spain five containers of contaminated plastic waste that was smuggled into the country. According to the United Nations’ trade database and the Institute of Scrap Recycling Industries, Malaysia’s imports of plastic waste from its 10 biggest source-countries jumped to 456,000 tons between January and July 2018, versus 316,600 tons purchased in all of 2017 and 168,500 tons in 2016.

Mageswari Sangalingaram of the Consumers Association of Penang lauds the move of the government of Malaysia to resist the waste shipments.

“As the Malaysian government is getting stringent in enforcing restrictions of plastic waste imports by sending back mixed, contaminated and falsely declared waste consignment to the country of origin, we are very concerned that unscrupulous exporters are now eyeing other countries and ports of entry to dump their waste. The enforcement agencies must now step up their efforts to ensure that our countries do not become dumping grounds for the developed nations,” she said.

Countries in Southeast Asia, particularly Indonesia, Malaysia, the Philippines, and Thailand have been at the receiving end of illegally shipped wastes from developed countries since China banned plastic waste importation in 2018. Because of this, Malaysian and Thai governments started imposing restrictions in mid-2018.

A recent report by GAIA titled “Discarded: Communities on the Frontlines of the Global Plastic Crisis” shows the impacts of plastic waste being dumped into developing countries. The influx of the plastic waste in these countries has resulted in contaminated water, crop death, and respiratory illnesses caused by inhaling toxic fumes from burned plastic.

In the recently held Basel Convention, an international treaty on dealing with hazardous waste, 187 countries agreed to Norway’s proposal of extending the “prior informed consent” system to plastic waste. The agreement requires exporters to seek the permission from destination countries before it can ship in its hazardous waste to that country. The said agreement is set to take effect after a year.

“The Basel Convention mandates countries to deal with their plastic waste problem in their own backyards instead of passing the burden on to other countries. Until the amendment takes effect in 2020, developing countries are on their own in safeguarding their territories,” Baconguis said.

NOTE TO THE EDITOR

In order to make cement, high-temperature kilns are needed. Traditionally, coal is used in these kilns, but in the past two decades, many “alternative fuels” have been used. The term “alternative fuel” has often been used to disguise the fact that this “fuel” is actually waste, including tires, plastics, and petrochemical waste. Burning waste alongside coal allows cement kilns to use loopholes in emission regulations. In some instances, the kilns actually receive subsidies or carbon credits for replacing some coal with waste—in spite of their toxic impact. | https://www.no-burn.org/cement/