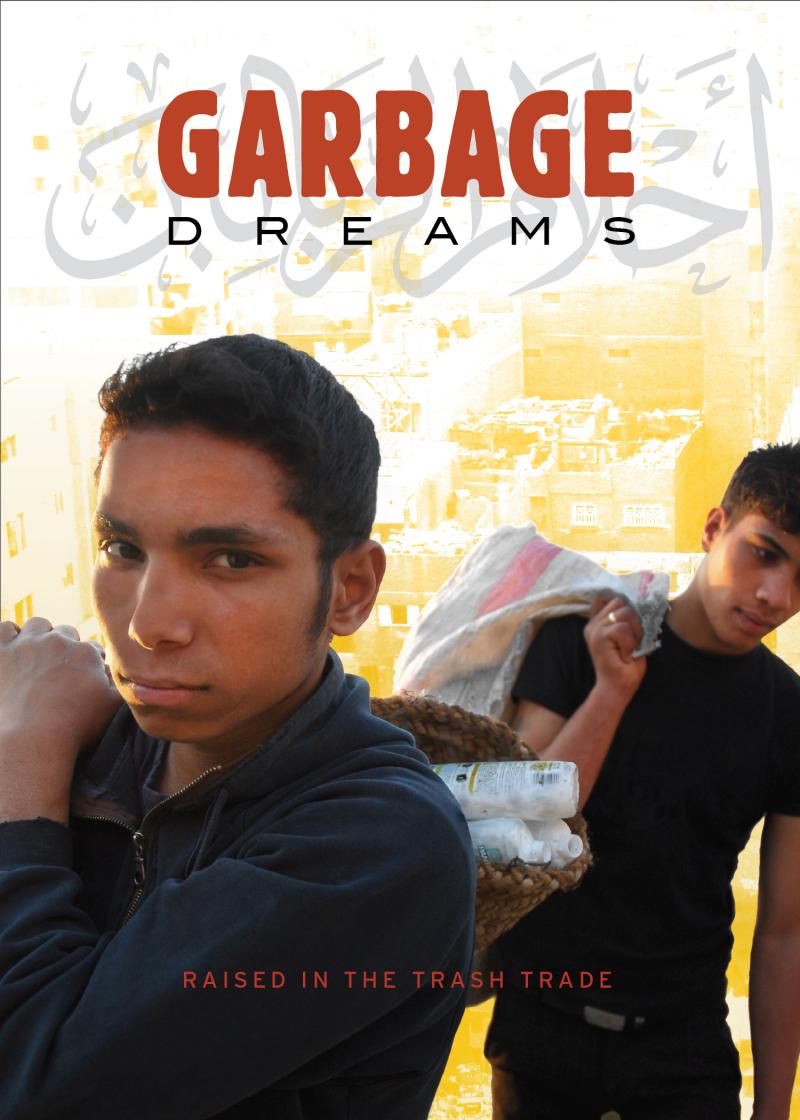 GARBAGE DREAMS, winner of 18 awards follows three teenage boys growing up in the world’s largest garbage village, on the outskirts of Cairo, Egypt. This film provides a penetrating look into their lives and their community, where tradition is clashing with globalization – a window into one of the world’s hidden populations, the wastepickers.

Far ahead of any modern “green” initiatives, more than 60,000 Zaballeen, a community of wastepickers, survive by recycling 80% of the garbage they collect. Some 15 million people around the world make a similar living. They are not employees of any firm or government, but they collect, sort, clean and sell recyclable materials from other people’s trash. In most of the world’s cities, they are the only recycling system.

Rather than being praised for this achievement, wastepickers are consistently marginalized and disrespected by society and governments alike. When the Zaballeen are faced with privatization by a multinational waste company, each of the teenage boys is forced to make choices that will impact his future and the survival of his community.

GAIA has partnered with ITVS Community Cinema program and Working Films to raise awareness about the importance of the Zaballeen’s work as well as the much larger community of wastepickers globally. Learn more about GAIA’s work with wastepickers, and how we are tackling climate change. Learn about GAIA’s U.S. campaign Recycling Works! launched with the International Brotherhood of the Teamsters.

In the U.S., watch Garbage Dreams on TV on April 27th,visit http://www.pbs.org/independentlens/guide.html for more details.

Host your own screening of Garbage Dreams and use it to get people involved in your local efforts. Visit www.workingfilms.org for further information on how you can join the Garbage Dreams’ Tour.

Watch the trailer at www.garbagedreams.com