GAIA in Latin America and the Caribbean 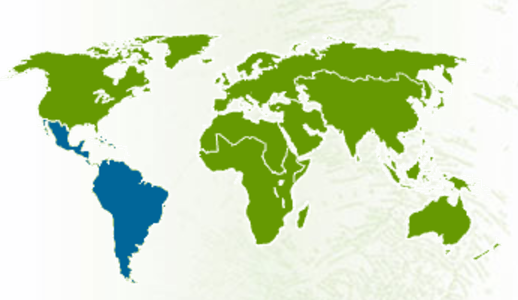 Latin America and the Caribbean is a beautiful and diverse region that has as many challenges as hopes. It is highly urbanized, with about 80% of its population living in  cities. Urban dwellers increased between 2002 and 2010 by almost 63 million people, which translates into a 15% increase in the demand population for sanitary services. This is therefore a major challenge in a region that generates 160 million tonnes of waste annually, with a per capita average of 1.1 kg / day3. In Latin America, the vast majority of waste management systems are in the hands of local governments. Waste increases at a higher rate than most other sources of environmental pollution and its management is one of the most expensive items for a city.

For these reasons, more than 60 member organizations of GAIA in Latin America are working hard to promote and assist in the implementation of locally rooted zero waste systems, and to stop unsustainable waste disposal projects such as incineration, mega landfills, and waste burning as fuel in cement kilns. Permanent support for waste pickers’ struggles to make their work dignified and recognized as a service in waste management systems is another of key piece of GAIA’s work.

One of the multiple expressions of environmental injustice is the inadequate disposal of waste in marginal communities. Opposing this is at the core of GAIA’s actions and is a common thread across our diverse network.

It is GAIA’s fundamental task to offer technical support and support to impacted groups, and in particular to contribute to their development so that they themselves are stronger and able to organize and fight together for the causes that unite them. Along these lines, GAIA has closely supported the Argentine Anti-Incineration Coalition, and has contributed directly to the formation of Zero Waste Alliances in Costa Rica, Brazil, Chile, Uruguay, Mexico, and Mesoamerica. We also work closely with extraordinary members in Colombia and Peru.