Bobby Peek, director of groundWork in South Africa reflects on his journey with GAIA 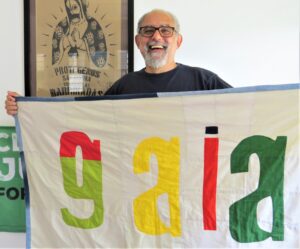 The 1990s was an era of historical liberations, civil wars, rapid globalisation and innovative technologies. Against the backdrop of these elements, the false notion of using incineration to deal with toxic and domestic waste became a more pressing threat.

For environmental activists across the globe, it was easy to recognise the common struggles that were occurring globally. In South Durban, South Africa, environmental injustice was evident for black communities who were grouped into racially allocated zones, amidst petrochemical industries, as a result of the Apartheid system’s 1960s Group Areas Act. Consequently, environmental and social justice activist Bobby Peek found it easy to align with other civil society groups at the time who were fighting the environmental injustice that encompassed the establishment of incineration facilities.

Bobby’s work in civil society has stemmed from a lived experience of the effects of environmental injustice. He grew up in Wentworth of South Durban, 143 metres away from the fence line of an Engen Petroleum facility. As a youth, he suffered from acute asthma as a result of the pollution billowing out the petrochemical facility. During his university years, he met up with David Wiley from Michigan State University, and undertook a research study on South Durban during the early 90’s. Bobby said  that the research was pivotal and opened his eyes to the realisation that even in post-Apartheid South Africa,  power need to be challenged.

Driven with passion Bobby has dedicated his life’s work to campaigning against environmental injustices and working with local communities to address their grassroots struggles. He was recognised internationally for his activism by winning the 1998 Goldman award for Africa. Over 20 years ago, with two other colleagues, the environmental and social activist established groundWork, an organisation that strives to improve the quality of life for vulnerable people in South Africa, by assisting them to fight for their constitutional right to an environment that is not harmful to their health and well-being.

The evolution of GAIA

“In 1997, we won a challenge against a toxic waste incinerator in South Durban. This success was the result of us receiving information from our colleagues in the US, which allowed us to present information on dioxins to the hearing against the incineration plant. We were successful in these various emerging battles because we were linking up with individuals all over the world who were fighting the false narrative that people could burn waste and it would just disappear,” said Bobby.

This collaborative effort to oppose incineration sparked an interest in building an alliance that would challenge the burning of waste as a united front. Subsequently, in November of 2000 environmental activists across the globe descended on Johannesburg , South Africa to launch the Global Alliance for Incinerator Alternatives.

“It was wonderful to have the collective in the room during that first meeting. We had the likes of Annie Leonard, Paul Connett, Von Hernandez and Manny Calonzo in the movement. There were also people from South Africa, the United States, Philippines, India and Europe. We all realised that this was a moment to work together and stop a system that entrenched racism, corporate abuse and the notion that waste can just be burnt away”.

He attests that GAIA’s strongest principle is its work to build solidarity with organisations in order to support their local community struggles. 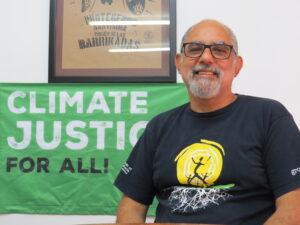 “When I think of GAIA, I think of family. When we are involved in a network, we have a vested interest in the network, it is very important for us to dive in and get involved. If GAIA were an animal it would be a Buffalo because Buffalos are strong individually, but they are immensely powerful when they come together”.

Furthermore, he commends the organisation for being rooted in promoting an open democracy and equality, where everyone has a rightful say in what they want and don’t want. He recalls an instance when a company tried to build a toxic waste incinerator in Sasolburg of South Africa. Through GAIA, Manny Calonzo from the Philippines was brought in  to give evidence at a portfolio committee meeting. In a triumphant moment for community activists, the local government refused the company on the grounds that there was not enough public participation and there were serious health implications.

“That was the power of GAIA–you don’t get those victories often but when you do, you cherish them”.

For Bobby, GAIA’s role in the transition to a new and better global society entails the strengthening of regional hubs. He believes that there is immense potential to deeper entrench the movement’s values of grassroots and local organising through regionalisation. Admittedly, he recognises that this would require more resources to strengthen regional work and proposes that this should be one of the discussion areas during the next international GAIA strategy meeting.

“Africa is not a country, it is important to recognise that we need to break it down to where we can get strong regionalisation from one country to the next. North Africa, Francophone Africa and Southern Africa are all regions on their own”.

When asked about  the one thing the one thing he would change about the world , his response was simple:  “My wish is for people to live where they are and to be happy where they are. If people recognised that where they are is most important, then maybe we would be prepared to fight more against dictatorships and the abuse of our lands. Maybe the world would be a better place, one that is rid of corrupt politicians and empire states”.