5 reasons why Europe’s garbage burning is a big problem

European incinerators are often misleadingly touted in other regions of the world as a global model. Articles frequently discuss the architectural appearance of incinerators in Vienna and Copenhagen, but miss the boat about the direction of EU policies overall, and sweep the consequences of incineration under the rug. Here are five reasons why successful “waste-to-energy” is a myth in Europe:

Reports have shown that incinerators in Europe release dioxin, one of the most toxic chemicals known to man. When pollution is not released into the air, it’s captured in toxic ash. In fact, Sweden was recently exposed for dumping their toxic incinerator ash on an island off Norway. Read more about pollution from European incinerators.

Incineration in Europe often gets confused with recycling, making some countries like Sweden look like they’re doing a lot better than they really are. The number of incinerators in Europe also creates a perverse incentive to produce more waste and avoid recycling, composting, and reduction. Read more about the contradictions between waste burning and zero waste. 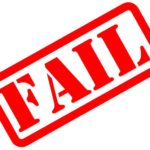 Staged incineration like gasification has a troubling track record at the commercial scale in Europe, regularly failing for economic, environmental, or operational reasons Learn more about the failures of gasification and  pyrolysis facilities in Europe 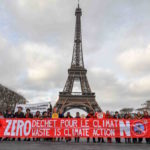 4. Public opinion and official policy is increasingly against incineration in Europe 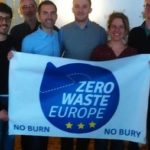 5. Europe is on the road to zero waste

Hundreds of cities across Europe are working toward zero waste without incineration — with inspiring successes. Read more about zero waste efforts in Europe.

Toxic Ash: Swedish incinerators are apparently “pollution free.” Yet this 2015 article exposed that Sweden has been dumping toxic incinerator ash on a small island off Oslo, Norway, where the pollutants pose a serious health threat to local communities and marine ecosystems. Swedish waste statistics count the toxic ash produced by incineration (much of which ends up in landfills) as industrial waste rather than municipal waste.

Dioxins: The Scotgen gasification incinerator for municipal solid waste in Dumfries, Scotland is an example of how dioxin continues to be a concern with European incinerators. The facility violated dioxin emissions limits repeatedly. For three years, the Scotland Environmental Protection Agency (SEPA) considered it Scotland’s worst polluter. SEPA closed the facility in 2013 and then revoked the incinerator’s permits. For more information about this facility, see this 2015 report from Zero Waste Europe called “Air Pollution from Waste Disposal: Not for Public Breath,” on pages 22-23. At the Scilly Isles waste incinerator in the United Kingdom, tests found dioxin emissions 65 times higher than the permitted limit. Regular breaches of dioxins and other pollutants were documented between June 2010 and 2012. Dioxins are classified by the World Health Organization as one of the most toxic chemicals on earth, and dioxin air emissions and ash pollution are a serious consequence of all incinerators, including in Europe

Countries like Sweden often tout high recycling rates, but are actually conflating burning with recycling and discouraging real recycling. Swedish waste statistics count the toxic ash produced by incineration (much of which ends up in landfills) as industrial waste rather than municipal waste. This accounting loophole means that incinerator ash from burning municipal waste doesn’t get counted in municipal waste statistics – making them appear to be recycling a lot more than they really are. Additionally, Sweden is among a number of countries including Austria, Belgium, Denmark, Finland, France, Germany, and the Netherlands that will need to reduce the amount of waste burnt to below 35%, in order to meet new recycling targets.

Perverse incentives: The overcapacity of incinerators in many European countries means that there are more incinerators than waste to be burned. This creates a perverse incentive to create more waste, and removes incentives for recycling or composting this waste. It also means that waste is being transported long distances to incinerators, creating additional transport pollution.  This Guardian article quoting Zero Waste leaders across Europe gives a good picture of the contradictions between incineration and Zero Waste.

Staged incineration like gasification has a troubling track record at the commercial scale in Europe, regularly failing for economic, environmental, or operational reasons. Some examples include:

Many more examples of failed gasification projects can be found  in the report “Case Studies of Gasification, Pyrolysis, and Plasma in Europe, Asia, and the United States” by GAIA and Greenaction for Health and Environmental Justice. The report includes a case study of Thermoselect, a gasification incinerator in Karlsruhe, Germany, which was closed in 2004, as well as other companies. Our 2017 report Waste Gasification & Pyrolysis: High Risk, Low Yield Processes for Waste Management includes numerous examples of plants that have been forced to shut down due to technical failures and financial failures. Other projects have failed in the proposals stage after raising significant investments due to community opposition and government scrutiny into false and exaggerated claims.

Moving away from incineration

Official support for incineration is also declining dramatically. In July 2017, the European Parliament put out a report calling for halt to harmful subsidies to waste incineration. The 2012 Resource Efficiency roadmap also limits incineration and strongly favors recycling. In Denmark, a country that long championed incineration, the former Minister of the Environment criticized Denmark’s over-reliance on incineration, and called for less burning and more recycling.

On the Road to Zero Waste

As seen on the website of Zero Waste Europe (GAIA’s network in Europe), the European Union is in the midst of robust discussions to develop a circular economy region wide. Many cities across Europe are leading the way to Zero Waste, including Ljubljana, Slovenia, the first Zero Waste capital city in Europe. More case studies about Zero Waste successes are found here.