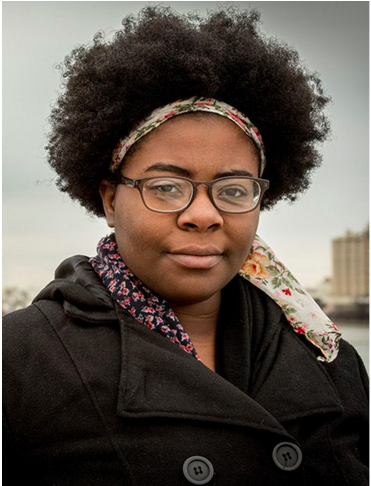 [San Francisco, April 18, 2016] Destiny Watford is one of six activists honored today with the Goldman Environmental Prize at a ceremony in the San Francisco Opera House. “In a community whose environmental rights had long been sidelined to make room for heavy industry, Destiny Watford inspired residents of Curtis Bay, Baltimore to defeat plans to build the nation’s largest incinerator less than a mile away from her high school,” stated the prize announcement. Destiny achieved this with many others in her student group Free Your Voice, a human rights Committee of United Workers.

“I am proud to serve as a representative of Free Your Voice, my city, and state as we continue to build a movement to change our city and nation towards environmental justice, truly green living-wage jobs, and affordable housing, to ensure that our basic human rights to live in a healthy, sustainable community are met.” said Destiny.

Destiny and her allies at Free Your Voice and United Workers, confronted and defeated Energy Answers — a New York-based company with a website that claims “we are all environmentalists.” Hidden behind talk of clean energy, the company is actually in the dirty business of burning trash. The trash burning incinerator proposed for Curtis Bay would have been permitted to emit 240 pounds of mercury and 1,000 pounds of lead every year — in the city with the nation’s highest rate of air pollution related deaths. Studies have shown that burning trash emits even more climate pollution than burning coal, per unit of energy.

“Decades ago, when the tide starting turning against incineration in the U.S, and coal and oil were getting a bad rap, trash burning companies rebranded themselves as “waste-to-energy,” claiming that they can renewably produce energy from waste. But burning trash is a climate disaster, emitting high levels of greenhouse gases alongside toxic pollution,” explained Ahmina Maxey of the Global Alliance for Incinerator Alternatives (GAIA), of which United Workers is a member. “All across the country, companies like Energy Answers are spewing toxic pollution into communities under the guise of producing clean energy. Free Your Voice blew the whistle on this lie, and their story highlights the need to end renewable energy classification for trash incineration in state and national policies.”

In the United States state and national waste and climate policies like the Clean Power Plan and the Non-Hazardous Secondary Material Rule classify trash burning as renewable energy renewable energy.   In doing so, they allow Energy Answers and other trash burning companies to qualify for climate subsidies, meant for clean energy like wind and solar power. These subsidies offset the high costs of building an incinerator, present an enormous challenge to communities like Curtis Bay, and keep polluting facilities alive all over the country.  As the Clean Power Plan describes, incinerators compete with zero waste initiatives like waste prevention, reuse, composting, and recycling.

“In Maryland, trash incineration has been classified as renewable just like solar and wind. As a result we were threatened with the construction of the nations’ largest trash burning incinerator less than a mile away from our school. It took years to undo the damage from this policy. We cannot afford to make the same mistake on the national level with the Clean Power Plan.” said Destiny.

Following the prize, Free Your Voice and United Workers have launched a petition to end subsidies for trash burning facilities.

Attention editors: Detailed biographical information, photographs, and broadcast-quality video of Destiny Watford and all of 2016 Goldman Prize winners are available by request or online at www.goldmanprize.org/pressroom

About the Goldman Environmental Prize: The Goldman Environmental Prize was established in 1989 by late San Francisco civic leaders and philanthropists Richard and Rhoda Goldman. Prize winners are selected by an international jury from confidential nominations submitted by a worldwide network of environmental organizations and individuals. For additional information about the Prize and previou winners visit www.goldmanprize.org.

About the Global Alliance for Incinerator Alternatives: GAIA is a worldwide alliance of more than 800 grassroots groups, non-governmental organizations, and individuals in over 90 countries whose ultimate vision is a just, toxic-free world without incineration.