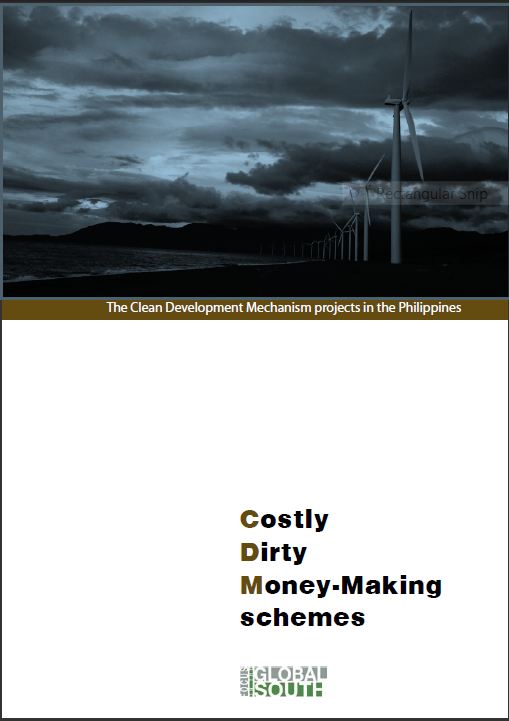 The Clean Development Mechanism (CDM) is a scheme under an international climate change agreement that allows developed countries to buy “credits” from projects that supposedly reduce greenhouse gas emissions in developing countries, instead of cutting their own emissions domestically. However, most of the “credits” being generated will go to projects that further exacerbate climate change and compromise sustainable development. This report reveals how the CDM is subsidizing destructive practices in one developing country: the Philippines.

See pages 36-37 for “Perpetuating an unwelcome dump,” a story illustrating how CDM revenues for a power plant that depends on a contested landfill undermined the efforts of local residents to fight against the landfill.