What’s wrong with the CDM support to waste-to-energy?

Climate policy attempts to reduce methane emissions from waste have mainly focused on the Clean Development Mechanism (CDM), which was established not only to reduce emissions as cost-effectively as possible, but also to promote sustainable development and technology transfer to developing countries. Unfortunately, in the case of the waste sector, considerable evidence indicates that the projects approved by the CDM are not achieving either goal; indeed, in many cases they are directly undermining both.

Landfill gas to energy (LFGTE) installations and incinerators are promoted within CDM’s pipeline on the grounds that they are reducing methane emissions from waste while producing clean and renewable energy that replaces conventional energy in the grid. These are false assumptions that are displacing climate change mitigation strategies such as recycling and composting while being a source of spurious CERs.

In incinerators, energy produced through biomass combustion involves a much higher rate of CO2 emissions than other conventional means of energy generation such as coal-fired power plants.[1] The use of added fossil fuel to burn organic waste does not comply with the definition of ‘renewable’ energy as described in European legislation and the lack of monitoring of it has serious implications to CDM’s environmental integrity. Furthermore, the CDM does not require any monitoring or compliance of pollution controls in incinerators so they represent a major source of global pollution. 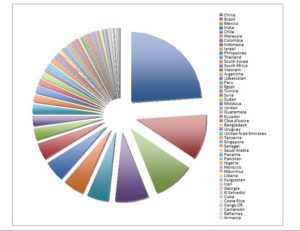 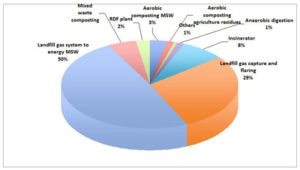 In the UN climate talks, we have worked to engage national delegates to address the CDM Executive Board through this letter. This may be a useful tool for your campaigning, at national and international level. Just adapt it as you wish!

Link – Letter to the CDM Executive Board

1.2 Interventions at the CDM Executive Board

1.2.1 GAIA Intervention at the 57th CDM Executive Board Meeting

The 57th CDM EB Meeting was held in Bonn in July 2010 and Neil Tangri took the chance to make some rather pointed questions to the CDM Executive Board.

The 58th CDM EB Meeting was held in Cancun from 23-26 November 2010. Being already there, it was a good chance to do an intervention and put forward some sharpened questions on GAIA’s and CDM Watch’s behalf. Enjoy!

The CDM rules applying to WTE projects (Methodologies ACM001 and AM0025), were called to revision in November 2010 in Cancus by the CDM Methodological Panel, the expert group in charge of revising the technical appropriateness of CDM projects.

1.3.2. Comments to CDM projects under validation

1.5. Publication on CDM & Waste
Below are articles and publications related to Clean Development Mechanism (CDM)