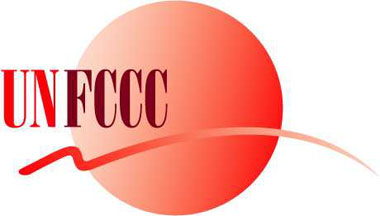 The Clean Development Mechanism’s flagship waste management project in India is turning into a multi-faceted disaster, revealing flaws in both the carbon credit mechanism as well as the corporate-driven, technology-focused approached to climate change mitigation.

Municipal solid waste management is a challenge in most urban areas of the developing world: rapidly growing urban populations, increased consumerism, and a shift in consumption patterns are resulting in rapidly rising levels of waste generation. The nature of municipal waste is also changing, with increasing quantities of plastics and composite materials such as electronics. In India’s capital state of Delhi, which produces more than 7000 metric tons of waste per day,[i] investment in public infrastructure has not kept pace with the quantity or the increasingly complex nature of municipal waste, and significant quantities go uncollected. The situation would be far worse without the informal sector: Delhi’s waste supports a population of approximately 100,000 wastepickers,[ii] who recover usable materials such as metal, paper, cardboard and plastic from the waste. These materials are cleaned, sorted, and sold back to industry as raw material for new products. Altogether, Delhi’s recycling economy recovers 1600 tons of waste per day, or approximately 15-20% of the total generation; and saves USD 14,000 per day in operational costs for the city municipality[iii].

However, the informal recycling sector has little use for the largest part of the waste stream – food waste and other organic materials. These are usually collected by the municipality and taken to one of three open dumps (euphemistically called landfills). The presence of organic waste in landfills has long been associated with a variety of problems – odors, pests, landfill fires, and toxic leachate. Organic waste in landfills is also one of the primary global sources of methane, a greenhouse gas 25 times as potent as carbon dioxide.[iv] With the threat of a climate tipping point looming, measures such as the Clean Development Mechanism and the Global Methane Initiative are increasing efforts on eliminating methane emissions – but the experience of Delhi shows that corporate initiatives reliant on high technology can easily backfire.

In November 2007, the CDM Executive Board registered a project by the Timarpur-Okhla Waste Management Company to build two facilities to handle 2050 tons per day of municipal waste, or about a quarter of Delhi’s total. In Okhla, the waste would be dried and shredded into a fluff called “Refuse-Derived Fuel” (RDF), then burned in a boiler to produce electricity. The Timarpur facility would also produce the same RDF pellets but truck them to Okhla for incineration. The project immediately raised flags among local residents, wastepickers and environmentalists: this is not the first incineration project to be built in Timarpur.

In 1987, the Ministry of New and Renewable Energy (MNRE) commissioned the Timarpur Refuse Incineration-cum-Power Generation Station at a capital cost of INR 25 crores[vi] (USD 19.3 million[vii]). The plant was built by the Danish firm Volund Miljotecknik and designed to incinerate 300 tons of municipal waste per day to generate 3.77 MW of electricity. The plant initiated trial operations and ran for 21 days, using auxiliary fuel, before shutting down due to the poor quality of incoming waste. Essentially, Indian waste contained too much organic material and insufficient paper, plastic and cardboard to sustain combustion. Unlike wealthier countries, Indians generate smaller quantities of these materials; and an efficient informal sector ensures that most of what is thrown away is recycled rather than left for disposal. However, these lessons appear not to have been learned by government officials.

Sustainable Development Does Not Apply to the Poor

According to its charter, the CDM is required to only support projects which contribute to sustainable development; but the responsibility for ensuring this – unlike the monitoring of additionality – is entrusted to national governments. With a single, pro-forma line, “This project contributes to sustainable development in India,”[viii] the Ministry of Environment and Forests discharged its responsibility. However, no evidence or analysis has been made public to back this assertion.

On the contrary, if the project really burns a quarter of Delhi’s waste, it will directly threaten the livelihoods of a large part of the city’s informal recycling workers. Incinerators cannot burn only food waste, which is high in moisture and low in calorific value. A high proportion of plastics, paper and cardboard must be included for the incinerators to function; but these are precisely the materials which the informal sector recycles. Recognizing this threat to their livelihoods, Delhi’s wastepickers have begun agitating against the project, holding multiple rallies and demanding that local and national authorities halt the project. For the first time, several waste picker rights groups have joined forces with environmental groups to challenge the project.

On the other side, many of India’s corporate heavyweights have invested in the project, which stands to earn USD 37 million from the sale of carbon credits alone. The project proponent has a complex corporate structure enmeshing major Indian conglomerates such as IL&FS and Jindal with public bodies such as the Andhra Pradesh Technology Development Center. Clearly, these entities will profit from the waste pickers’ loss.

By its own calculations, the Timarpur-Okhla project will reduce emissions by an average of 262,791 tons of CO2 equivalent (tCO2e) per year. In comparison, Delhi’s wastepickers are responsible for annual emissions reductions of approximately 962,133 tCO2e through recycling.[ix] If the project burns even one-quarter of Delhi’s recyclables, it will effectively wipe out its own emissions savings, resulting in no net emissions reductions. But because the CDM has not calculated the project’s impact on recycling, it will continue to award the company hundreds of thousands of spurious carbon credits – credits which do not represent real emissions reductions. The primary market for these emissions credits is Europe, where companies meet their own greenhouse gas emissions targets by using such reductions. The Timarpur-Okhla will therefore contribute to an increase in European emissions. If the project captures a larger percentage of recyclables, or uses auxiliary fuel,[x] the situation will be even worse.

The emissions picture worsens when biogenic emissions are taken into account. Under the CDM, it has become standard practice for companies to claim that burning biomass[xi] has no net effect on the climate. Scientists have pointed out that this rule does not reflect reality – all CO2 has the same effect on the atmosphere, regardless of source – and its widespread application would have disastrous consequences, including the complete deforestation of the planet.[xii] Nevertheless, the CDM continues to allow companies to undercount their emissions, issuing carbon credits for emissions that were not in fact reduced. In the case of the Timarpur incinerator, only 16% of its CO2 emissions from burning waste are reported, since the other 84% are assumed to be biogenic in origin.[xiii]

Toxic Emissions Not Appreciated by Neighbors

In its submission to the CDM, the company claimed, “the role of the local population will be as beneficiary of the project, (…)providing both direct and indirect employment opportunities to the local people. The project does not propose to displace any community, it does not have any direct conflict with the people of the region.”[xiv] In fact, the project will not only displace waste pickers, but is also facing stiff resistance from local communities which object to the siting of a waste incinerator in residential neighborhoods, within 100 meters of residences and close to 3 major hospitals.

Residents are right to be concerned; incinerators are a major source of toxic air emissions, including dioxins, mercury, heavy metals (such as lead, arsenic, etc.), particulates (including ultrafine particulates that escape filters), acid gases (hydrochloric acid and sulfur oxides) and others.[xv] Even the best of modern incinerators struggle to keep emissions under control, as recent incidents in the UK, the US and Iceland indicate. In December 2010, a waste incinerator in Crymlyn Burrows in Wales, U.K., was shut down for repeatedly breaching dioxin emission limits.[xvi] Incinerator operators in the U.S. are currently paying millions of dollars in fines and court settlements for breaches of emissions law.[xvii] In Iceland, incinerators have been identified as the source of wide-spread contamination of meat and dairy products.[xviii]

In Delhi’s case, there is suspicion that the Okhla facility will not even have any modern emissions-control technology installed: its total price tag ofINR 200 crores (USD 45 million) is a fraction that of a RDF incinerator one-third as large in Rostock, Germany (USD 140 million).[xix]

In 2009, local residents filed a lawsuit to stop the construction of the plants, based on numerous violations of national environmental laws. The public hearing was so poorly announced that not a single person attended; the Environmental Impact Assessment has been lost, or perhaps was never filed; and the project has grown from a 15 MW plant to 21 MW after approval. Perhaps most ominously, the company claimed in its Detailed Project Report (DPR) to generate RDF with a calorific value of 2000 kcal but later revised the figure to 800-1300 kcal in its bid documents. This is slightly above the value of the waste that was supplied to the old plant, which failed to burn. Based on this crucial revelation, the MNRE noted on 29 May 2008 that “this will necessitate that a fresh DPR is prepared as not only will the actual quantity of MSW required to be processed be different but also the basic parameters of all the equipment will change.” However, no new DPR has been released.

Despite these flagrant violations of national law, the project is moving forward with the full support of the state government. In a recent public meeting, the Chief Minster of Delhi dismissed the environmental concerns raised by the residents of Okhla, citing assurances given by her bureaucrats and the project proponents. Finally, the national Ministry of Environment and Forests stepped in, flagging the project for review and appointing a special committee to investigate. But as the Minister himself observed, the company has already sunk too much money into the project to risk cancellation. In this manner, national laws are voided by the fait accompli of simply constructing a plant. Similarly, the CDM is on track to award carbon credits to a project that meets none of the requirements – because failing to do so would endanger “investor confidence” in the carbon market mechanism.[xx] The Timarpur-Okhla RDF incinerator is an example of how major corporate firms are pushing technology-driven approaches to climate mitigation that harm the poor, increase emissions, and undermine the rule of law – but result in handsome profits for the private sector.

Fortunately, alternatives to waste sector privatization do exist. Wastepicker groups in other parts of India, notably Mumbai and Pune, have had success in establishing source-separation schemes for municipal waste with the cooperation and support of local government. The organics, which comprise 70% or more of the waste,[xxi] are composted or processed into biogas, avoiding the methane emissions problem while creating a second income stream, and the recyclables are returned to industry for re-manufacture. Such models are win-win situations for local residents, municipal authorities and the urban poor; but leave little room for participation by major multinational firms.

[ix] Chintan, “Cooling Agents: An Examination Of The Role Of The Informal Recycling Sector In Mitigating Climate Change,” 2009.

[x] Under the CDM, waste incineration proejcts are allowed to burn up to 50% of fossil fuel (diesel, coal, etc) and still claim carbon credits for emissions reductions. Effectively, they are using fossil fuel to boil off the water in food waste. The practice is common in India and China, where the waste has insufficient calorific value to burn on its own.

[xiii] Calculations based on the project PDD, Annex 3.

[xiv] from the Project Design Document.

[xx] remarks made in the context of awarding credits to non-additional HFC projects.