Carbon Trading – How it Works and Why it Fails 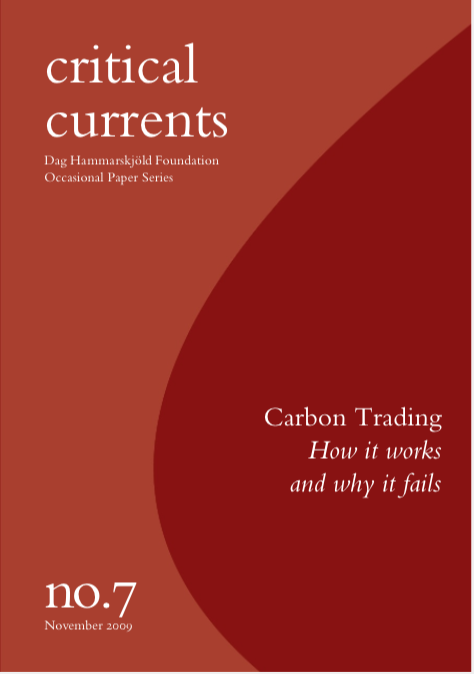 Carbon trading lies at the centre of global climate policy and is projected to become one of the world’s largest commodities markets, yet it has a disastrous track record since its adoption as part of the Kyoto Protocol. Carbon Trading: How it works and why it fails outlines the limitations of an approach to tackling climate change which redefines the problem to fit the assumptions of neoliberal economics. It demonstrates that the EU Emissions Trading Scheme, the world’s largest carbon market, has consistently failed to ´cap´ emissions, while the UN’s Clean Development Mechanism (CDM) routinely favours environmentally ineffective and socially unjust projects. This is illustrated with case studies of CDM projects in Brazil, Indonesia, India and Thailand.