Plastic waste constitutes between 60% and 80% of marine debris and is “one of the world’s most pervasive pollution problems impacting our oceans and waterways,” according to the U.N.

Over the past 60 years, plastics production and waste have dramatically increased, part of a global waste crisis whose drivers have included rapid urbanization, increasing consumption in both high- and low-income countries, and increased production of “throw-away” products. Indeed, the vast majority of plastics are not recycled at the end of their useful life, ensuring that this multiplication in production results in multiplication of harmful waste. From raw material extraction through to plastic polluting the ocean, plastics represent the failure of a predominantly fossil fuel based, linear economic system.

A problem this complex and embedded in our societies and economies requires solutions that address the cross-sector nature of the problem and are built upon sustainable and environmentally just frameworks that deliver permanent solutions and the deep changes we need.

For those new to waste issues, incineration, gasification, pyrolysis, and plasma arc may appear appealing. But our network’s experiences in countries around the world have shown that these approaches are at best a distraction from real solutions, and at worst a source of serious climate and toxic pollution. As part of the Break Free From Plastics movement, we know that this isn’t just about managing the problem. It’s about preventing it in the first place.

Incineration — including gasification, pyrolysis, and plasma arc — is not a viable solution for plastic pollution, and is harmful.

The most cost effective, reliable, and proven solutions for immediate marine plastic pollution are found in zero waste models that are being implemented in many cities around the world already. Community-based approaches of decentralized waste separation and collection, increased resource recovery, composting, recycling and waste reduction, have opened economic opportunities for millions of waste workers and are being sustained at costs that are a fraction of what it would take to build any incinerator.  Now is the time to support the expansion of sustainable zero waste practices to address plastic marine pollution and walk away from false solutions like plastic waste incineration, gasification, pyrolysis, and plasma arc.

Read our risk analysis for investors in gasification and pyrolysis 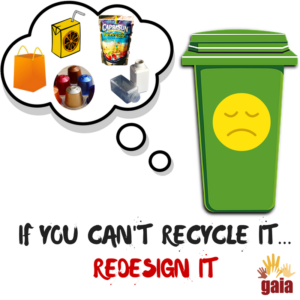