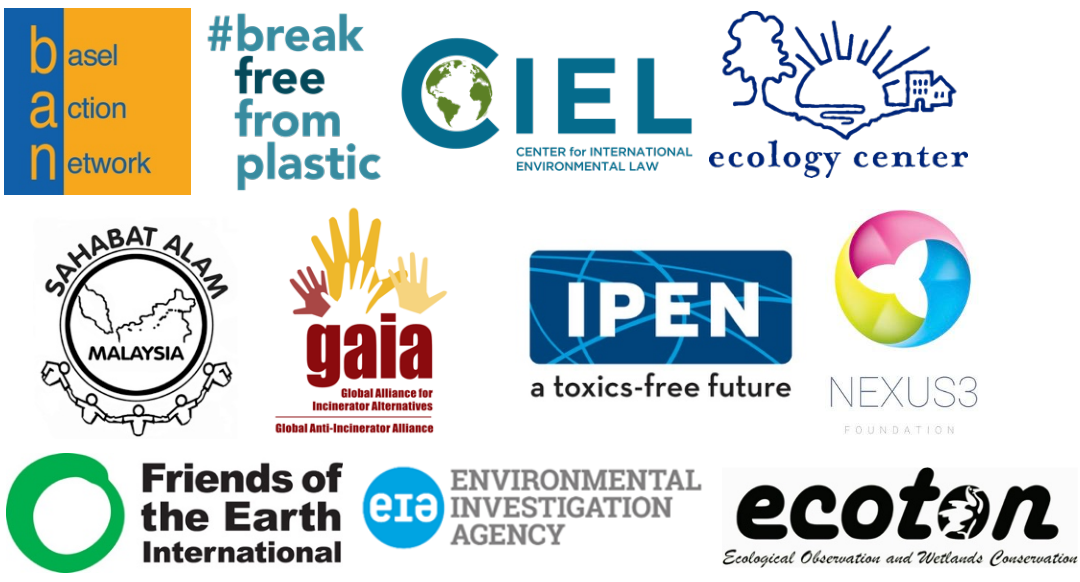 Geneva, Switzerland — Today, 187 countries took a major step forward in curbing the plastic waste crisis by adding plastic to the Basel Convention, a treaty that controls the movement of hazardous waste from one country to another. The amendments require exporters to obtain the consent of receiving countries before shipping most contaminated, mixed, or unrecyclable plastic waste, providing an important tool for countries in the Global South to stop the dumping of unwanted plastic waste into their country.

After China banned imports of most plastic waste in 2018, developing countries, particularly in Southeast Asia, have received a huge influx of contaminated and mixed plastic wastes that are difficult or even impossible to recycle. Norway’s proposed amendments to the Basel Convention provides countries the right to refuse unwanted or unmanageable plastic waste.

The decision reflects a growing recognition around the world of the toxic impacts of plastic and the plastic waste trade. The majority of countries expressed their support for the proposal and over one million people globally signed two public petitions from Avaaz and SumOfUs. Yet even amidst this overwhelming support, there were a few vocal outliers who opposed listing plastic under Annex II of the Basel Convention. These included the United States, the largest exporter of plastic waste in the world; the American Chemistry Council, a prominent petrochemical industry lobbying group; and the Institute of Scrap Recycling Industries, a business association largely comprised of waste brokers. As the United States is not a party to the Basel Convention, it will be banned from trading plastic waste with developing countries that are Basel Parties but not part of the Organization for Economic Cooperation and Development.

David Azoulay, Environmental Health Director, Center for International Environmental Law (CIEL): “Today’s decision demonstrates that countries are finally catching up with the urgency and magnitude of the plastic pollution issue and shows what ambitious international leadership looks like. Plastic pollution in general and plastic waste in particular remain a major threat to people and the planet, but we are encouraged by the decision of the Basel Convention as we look to the future bold decisions that will be needed to tackle plastic pollution at its roots, starting with reducing production.”
Contact: David Azoulay, +41 78 75 78 756, dazoulay@ciel.org

Von Hernandez, Global Coordinator, Break Free from Plastic: “This is a crucial first step towards stopping the use of developing countries as a dumping ground for the world’s plastic waste, especially those coming from rich nations. Countries at the receiving end of mixed and unsorted plastic waste from foreign sources now have the right to refuse these problematic shipments, in turn compelling source countries to ensure exports of clean, recyclable plastics only. Recycling will not be enough, however.  Ultimately, production of plastics has to be significantly curtailed to effectively resolve the plastic pollution crisis.”
Contact: Von Hernandez, +63 9175263050, vonhernandez (Skype)

Martin Bourque, Executive Director, Ecology Center: “Recycling is supposed to be part of the solution, this legislation will help prevent it from being a source of pollution. False claims by the plastic industry about plastic recycling resulted in a complete disaster for communities and ecosystems around the globe. This legislation raises the bar for plastic recycling which is good for people and the planet, and will help restore consumer confidence that recycling is still the right thing to do.”
Contact: Martin Bourque, martin@ecologycenter.org

Mageswari Sangaralingam, Research Officer, Friends of the Earth Malaysia: “Controls on the plastic waste trade are much needed now to curb dumping of waste in the Global South. The inclusion of prior informed consent is a step towards addressing the issues of the plastic waste trade and pollution crisis. Recycling is not enough, we need to break free from plastic.”
Contact: Mageswari Sangaralingam, +60128782706, magesling@gmail.com

Dr Tadesse Amera, CoChair, International Pollutants Elimination Network (IPEN) (Ethiopia): “Africa knows a lot about waste dumping due to our experience with e-waste. This decision will help prevent the continent from becoming the next target of plastic waste dumping after Asia closes its doors.”
Contact: Tadesse Amera, +251911243030 (phone/whatsapp), tadesseamera@ipen.org

Prigi Arisandi, Founder, Ecoton (Indonesia): “We hope these Convention amendments will reduce marine litter — but on the ground in Indonesia we will continue monitoring the waste trade, and pushing our government to properly manage imported plastics. We call on exporting countries to respect their obligation not to dump their rubbish in Global South countries and our government to strictly enforce restrictions and strengthen our custom controls.”
Contact: Prigi Arisandi, +62 8175033042, prigi@ecoton.or.id

Yuyun Ismawati, Co-founder, BaliFokus/Nexus3 Foundation: “This amendment could be a game changer and force every country to set a higher standard of responsible plastic waste management. Toxic plastics disposed by rich communities in other countries will no longer become the burden of poor communities.”
Contact: Yuyun Ismawati, +447583768707, yuyun@balifokus.asia

Sirine Rached, Global Policy Advocate, Global Alliance for Incinerator Alternatives (GAIA): “It’s only fair that countries should have the right to refuse plastic pollution shipped to their borders. China had raised the ambition, arguing for countries to have the right to refuse virtually all plastic waste imports, but the final result was a compromise. Since the onslaught of plastic dumping will continue for a year until the measures come into effect, GAIA calls on countries to protect themselves from global plastic waste dumping by banning dirty plastic imports in national law. Countries can tackle the plastic pollution problem while protecting the climate, by focusing on reducing plastics and shifting to Zero Waste systems free from dirty technologies like incineration or plastic-to-fuel.”
Contact: Sirine Rached, +33 6 76 90 02 80, sirine@no-burn.org

Jim Puckett, Executive Director, Basel Action Network (BAN): “Today we have taken a major first step to stem the tide of plastic waste now flowing from the rich developed countries to developing countries in Africa and Asia, all in the name of “recycling,” but causing massive and harmful pollution, both on land and in the sea. A true circular economy was never meant to circulate pollution around the globe. It can only be achieved by eliminating negative externalities and not just pushing them off to developing countries.”
Contact: Jim Puckett, jpuckett@ban.org

Tim Grabiel, Senior Lawyer, Environmental Investigation Agency (EIA): “The Basel amendments are a critical pillar of an emerging global architecture to address plastic pollution. Other international bodies must now do their part, including ambitious measures under the IMO and ultimately a new legally binding UN treaty. The EU was a vocal and active supporter of the Basel amendments, proposing to increase ambition so that only the cleanest of clean plastic waste would not be subject to notification. The EU is not only leading by example but taking its Plastics Strategy to the international level.”
Contact: Tim Grabiel, +33 6 32 76 77 04, tgrabiel@gmail.com